Item Successfully Added to Cart
An error was encountered while trying to add the item to the cart. Please try again.
Continue Shopping
Go to Checkout
OK
Please make all selections above before adding to cart
OK
The following link can be shared to navigate to this page. You can select the link to copy or click the 'Copy To Clipboard' button below.
Copy To Clipboard
Successfully Copied!
Lectures on Mean Curvature Flows
Xi-Ping Zhu :  Zhongshan University, Guangzhou, People’s Republic of China
A co-publication of the AMS and International Press of Boston 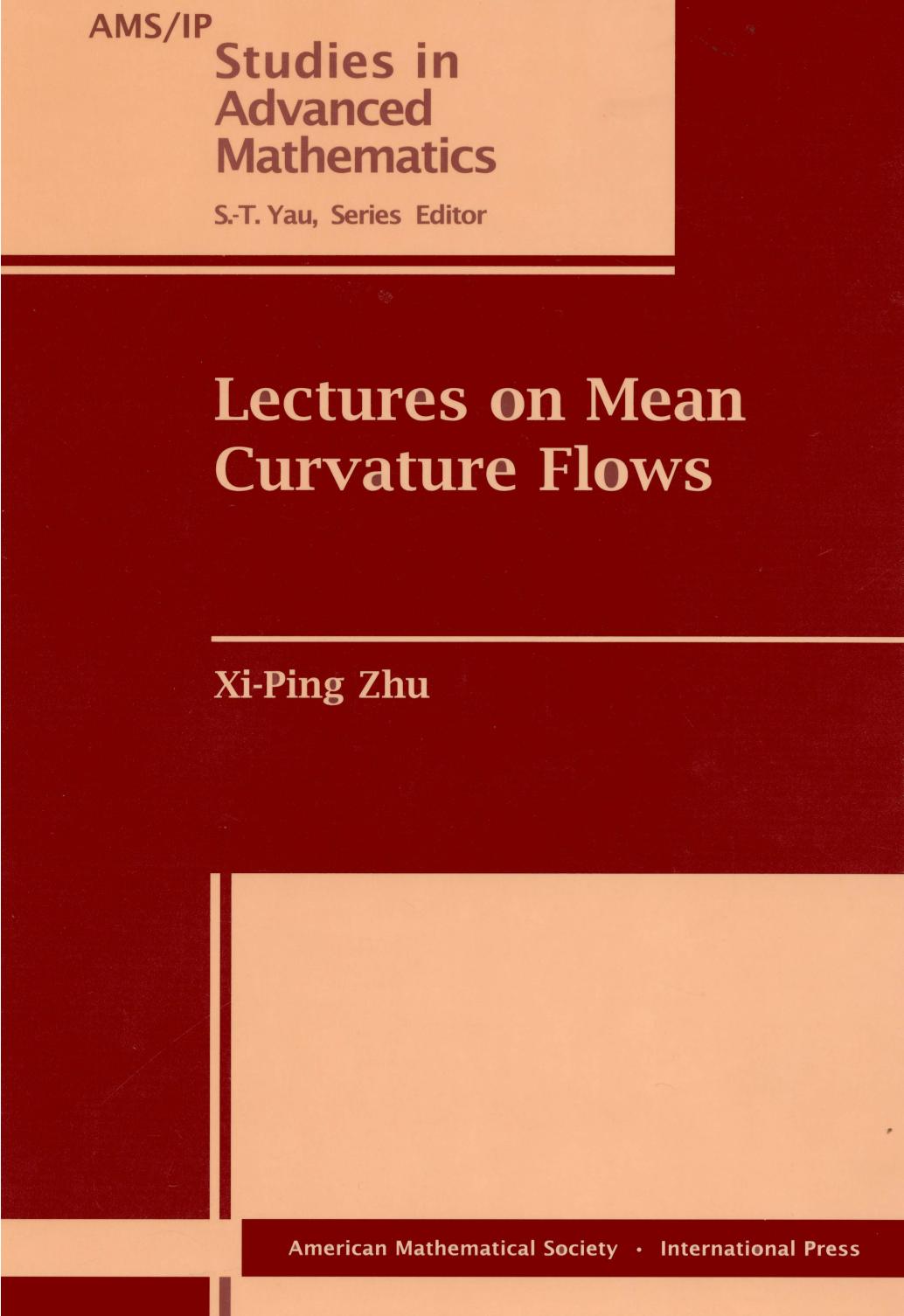 Click above image for expanded view
Lectures on Mean Curvature Flows
Xi-Ping Zhu :  Zhongshan University, Guangzhou, People’s Republic of China
A co-publication of the AMS and International Press of Boston
Available Formats:
Add to cart
Bundle Print and Electronic Formats and Save!
This product is available for purchase as a bundle. Purchasing as a bundle enables you to save on the electronic version.
Add bundle to cart
AMS/IP Studies in Advanced Mathematics
Volume: 32; 2002; 150 pp
MSC: Primary 53; Secondary 35; 52; 58;

In this book, the author gives a comprehensive account of fundamental results on singularities and the asymptotic behavior of mean curvature flows in higher dimensions. Among other topics, he considers in detail Huisken's theorem (a generalization of Gage-Hamilton's theorem to higher dimension), evolution of non-convex curves and hypersurfaces, and the classification of singularities of the mean curvature flow.

Because of the importance of the mean curvature flow and its numerous applications in differential geometry and partial differential equations, as well as in engineering, chemistry, and biology, this book can be useful to graduate students and researchers working in these areas. The book would also make a nice supplementary text for an advanced course in differential geometry.