Item Successfully Added to Cart
An error was encountered while trying to add the item to the cart. Please try again.
Continue Shopping
Go to Checkout
OK
Please make all selections above before adding to cart
OK
The following link can be shared to navigate to this page. You can select the link to copy or click the 'Copy To Clipboard' button below.
Copy To Clipboard
Successfully Copied!
The Web of Modularity: Arithmetic of the Coefficients of Modular Forms and $q$-series
Ken Ono :  University of Wisconsin, Madison, WI
A co-publication of the AMS and CBMS 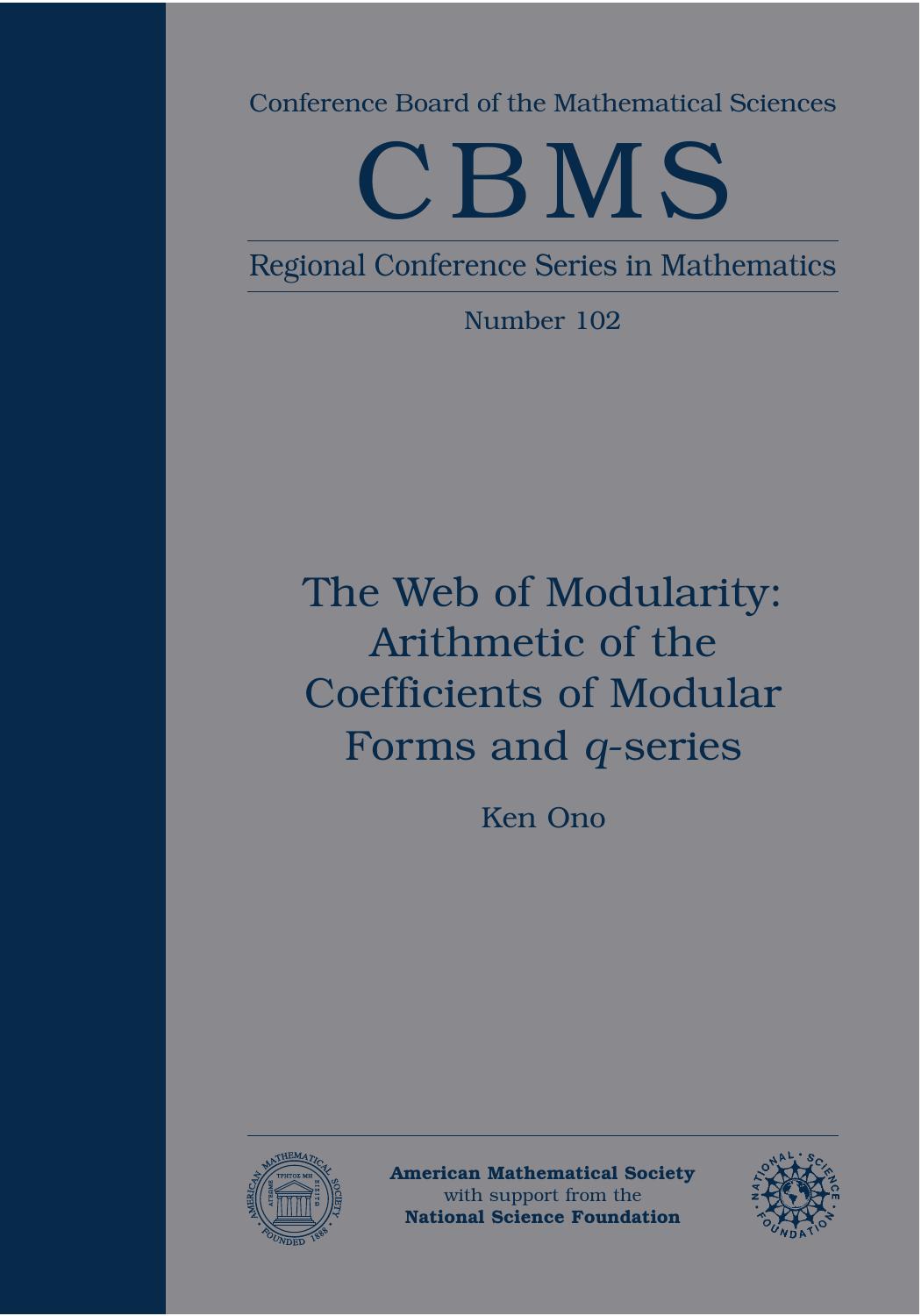 Click above image for expanded view
The Web of Modularity: Arithmetic of the Coefficients of Modular Forms and $q$-series
Ken Ono :  University of Wisconsin, Madison, WI
A co-publication of the AMS and CBMS
Available Formats:
Add to cart
Bundle Print and Electronic Formats and Save!
This product is available for purchase as a bundle. Purchasing as a bundle enables you to save on the electronic version.
Add bundle to cart
CBMS Regional Conference Series in Mathematics
Volume: 102; 2004; 216 pp
MSC: Primary 11; 05;

Modular forms appear in many ways in number theory. They play a central role in the theory of quadratic forms, in particular, as generating functions for the number of representations of integers by positive definite quadratic forms. They are also key players in the recent spectacular proof of Fermat's Last Theorem. Modular forms are at the center of an immense amount of current research activity. Also detailed in this volume are other roles that modular forms and \(q\)-series play in number theory, such as applications and connections to basic hypergeometric functions, Gaussian hypergeometric functions, super-congruences, Weierstrass points on modular curves, singular moduli, class numbers, \(L\)-values, and elliptic curves.

The first three chapters provide some basic facts and results on modular forms, which set the stage for the advanced areas that are treated in the remainder of the book. Ono gives ample motivation on topics where modular forms play a role. Rather than cataloging all of the known results, he highlights those that give their flavor. At the end of most chapters, he gives open problems and questions.

The book is an excellent resource for advanced graduate students and researchers interested in number theory.