Item Successfully Added to Cart
An error was encountered while trying to add the item to the cart. Please try again.
Continue Shopping
Go to Checkout
OK
Please make all selections above before adding to cart
OK
The following link can be shared to navigate to this page. You can select the link to copy or click the 'Copy To Clipboard' button below.
Copy To Clipboard
Successfully Copied!
Deformation Theory of Algebras and Their Diagrams
Martin Markl :  Academy of Sciences of the Czech Republic, Praha, Czech Republic
A co-publication of the AMS and CBMS 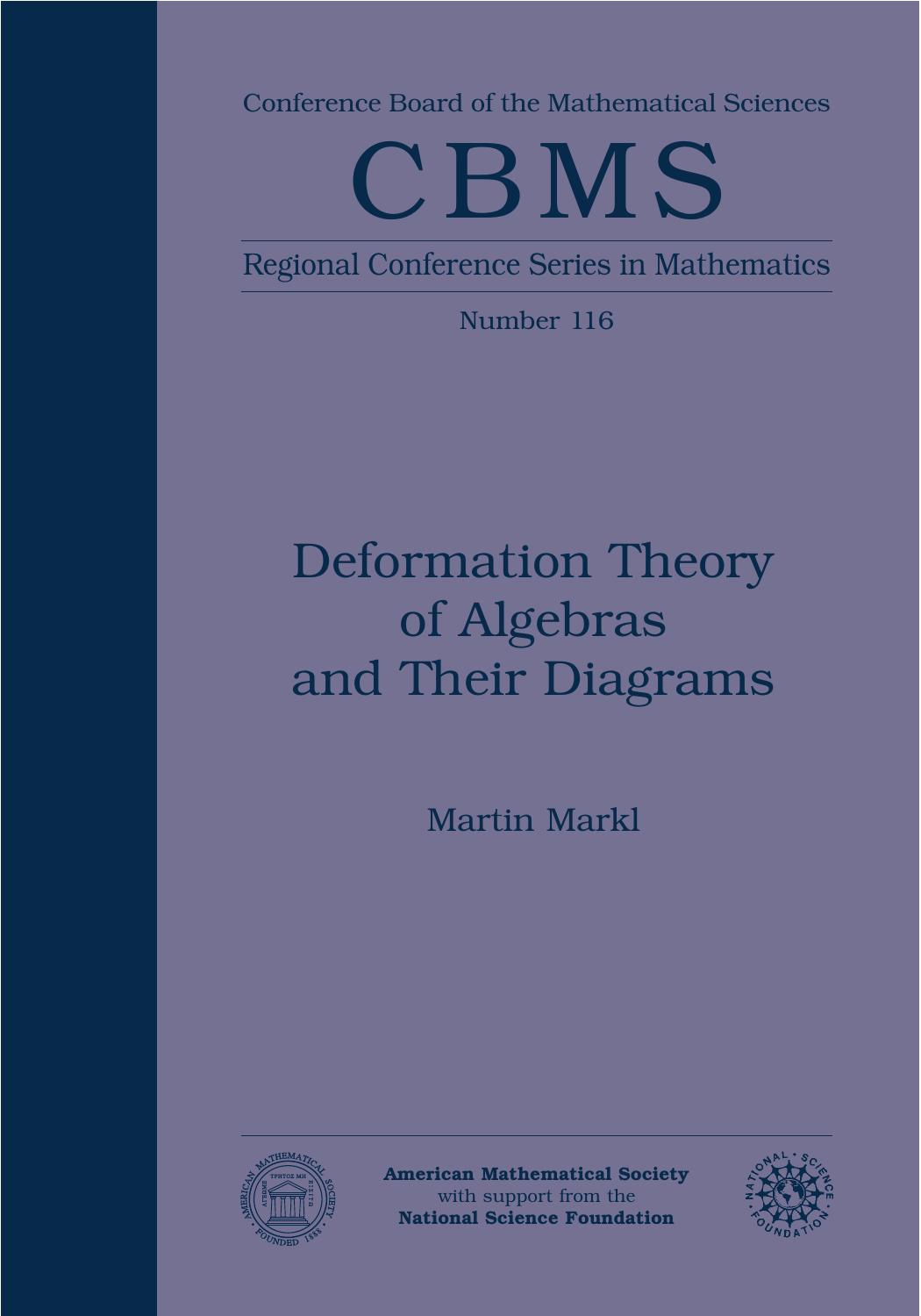 Click above image for expanded view
Deformation Theory of Algebras and Their Diagrams
Martin Markl :  Academy of Sciences of the Czech Republic, Praha, Czech Republic
A co-publication of the AMS and CBMS
Available Formats:
Add to cart
Bundle Print and Electronic Formats and Save!
This product is available for purchase as a bundle. Purchasing as a bundle enables you to save on the electronic version.
Add bundle to cart
CBMS Regional Conference Series in Mathematics
Volume: 116; 2012; 129 pp
MSC: Primary 13; 14; Secondary 53; 55;

This book brings together both the classical and current aspects of deformation theory. The presentation is mostly self-contained, assuming only basic knowledge of commutative algebra, homological algebra and category theory. In the interest of readability, some technically complicated proofs have been omitted when a suitable reference was available. The relation between the uniform continuity of algebraic maps and topologized tensor products is explained in detail, however, as this subject does not seem to be commonly known and the literature is scarce.

The exposition begins by recalling Gerstenhaber's classical theory for associative algebras. The focus then shifts to a homotopy-invariant setup of Maurer-Cartan moduli spaces. As an application, Kontsevich's approach to deformation quantization of Poisson manifolds is reviewed. Then, after a brief introduction to operads, a strongly homotopy Lie algebra governing deformations of (diagrams of) algebras of a given type is described, followed by examples and generalizations.

A co-publication of the AMS and CBMS. 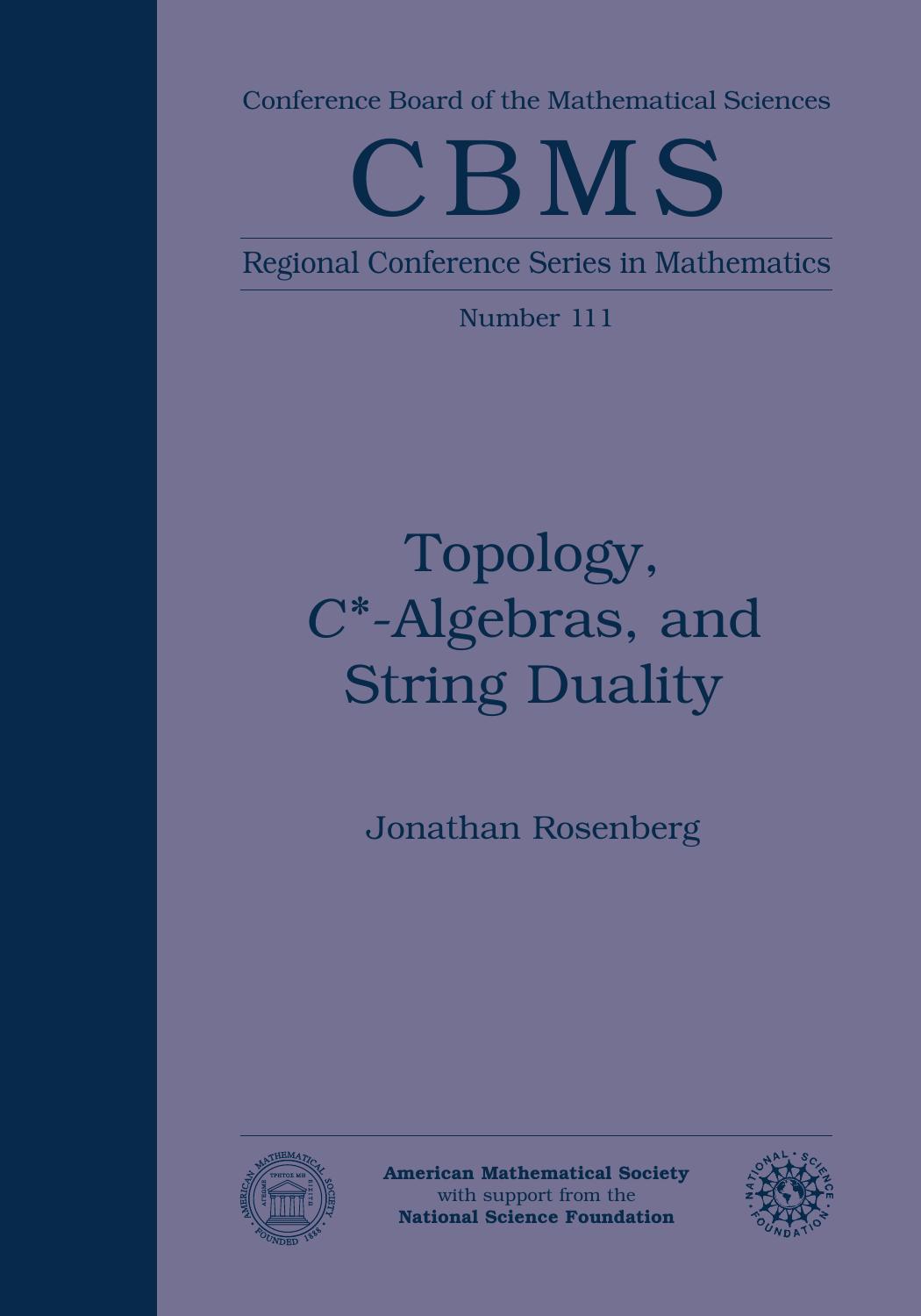 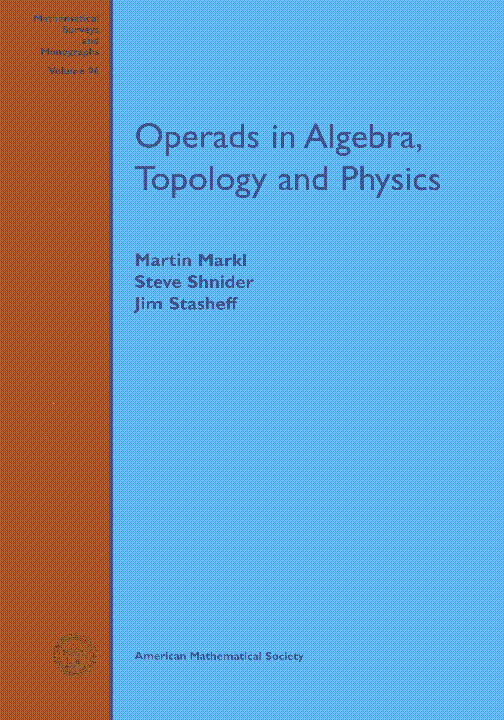