Item Successfully Added to Cart
An error was encountered while trying to add the item to the cart. Please try again.
Continue Shopping
Go to Checkout
OK
Please make all selections above before adding to cart
OK
The following link can be shared to navigate to this page. You can select the link to copy or click the 'Copy To Clipboard' button below.
Copy To Clipboard
Successfully Copied!
Zeta and $L$-functions in Number Theory and Combinatorics
Wen-Ching Winnie Li :  Pennsylvania State University, University Park, PA
A co-publication of the AMS and CBMS 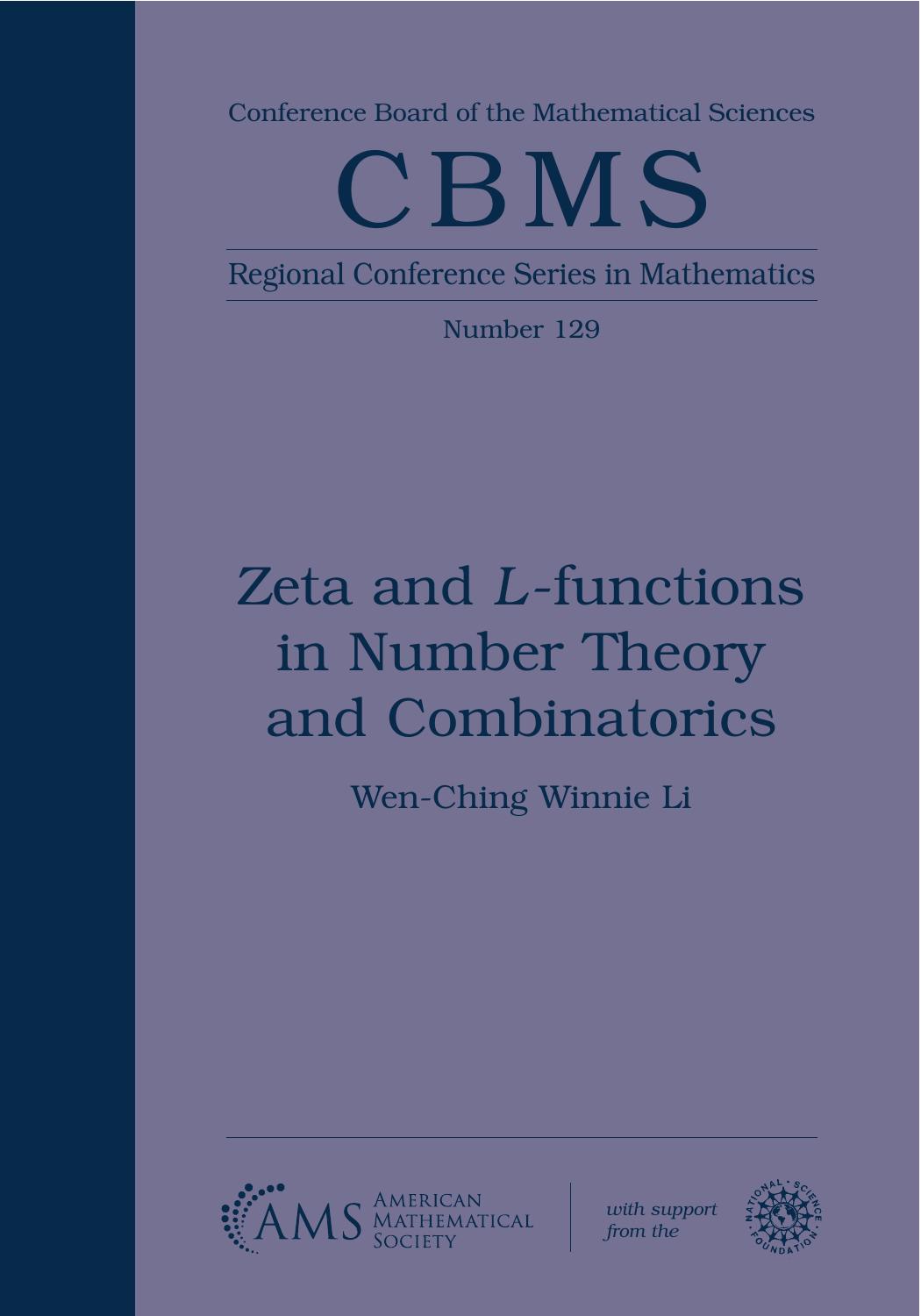 Click above image for expanded view
Zeta and $L$-functions in Number Theory and Combinatorics
Wen-Ching Winnie Li :  Pennsylvania State University, University Park, PA
A co-publication of the AMS and CBMS
Available Formats:
Add to cart
Bundle Print and Electronic Formats and Save!
This product is available for purchase as a bundle. Purchasing as a bundle enables you to save on the electronic version.
Add bundle to cart
CBMS Regional Conference Series in Mathematics
Volume: 129; 2019; 95 pp
MSC: Primary 11; 05;

The spectral theory for finite graphs and higher dimensional complexes is studied. Of special interest in theory and applications are the spectrally extremal objects, called Ramanujan graphs and Ramanujan complexes, which can be characterized by their associated zeta functions satisfying the Riemann Hypothesis. Explicit constructions of these extremal combinatorial objects, using number-theoretic and combinatorial means, are presented.

Research on zeta and \(L\)-functions for complexes other than graphs emerged only in recent years. This is the first book for graduate students and researchers offering deep insight into this fascinating and fast developing area.

Graduate students and researchers interested in Zeta and \(L\)-functions. 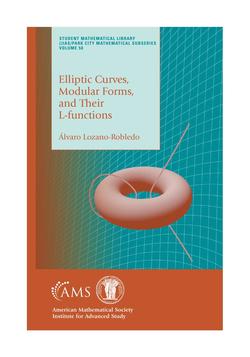 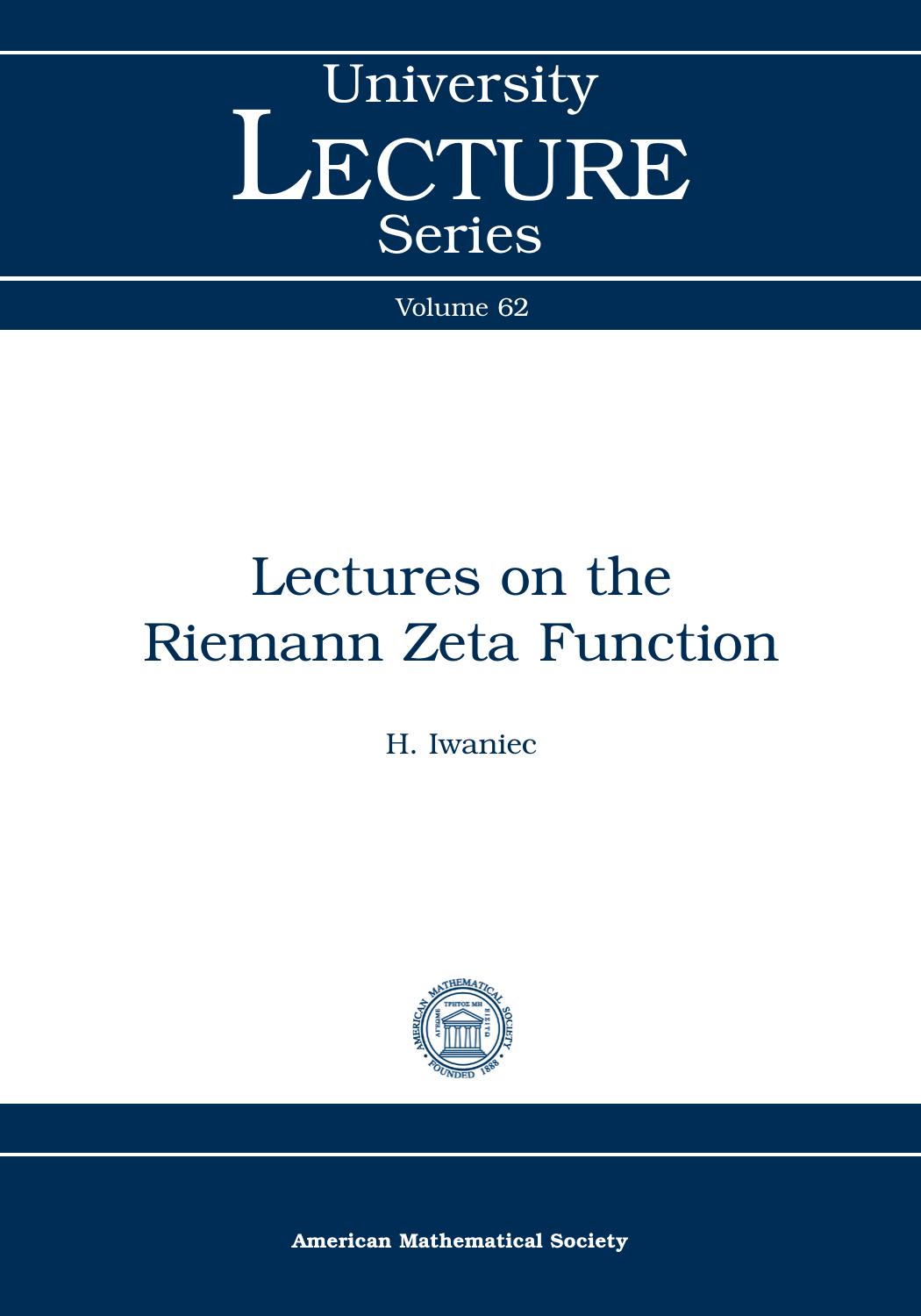