Item Successfully Added to Cart
An error was encountered while trying to add the item to the cart. Please try again.
Continue Shopping
Go to Checkout
OK
Please make all selections above before adding to cart
OK
The following link can be shared to navigate to this page. You can select the link to copy or click the 'Copy To Clipboard' button below.
Copy To Clipboard
Successfully Copied!
Fourier Transforms in the Complex Domain
N. Wiener
R. C. Paley 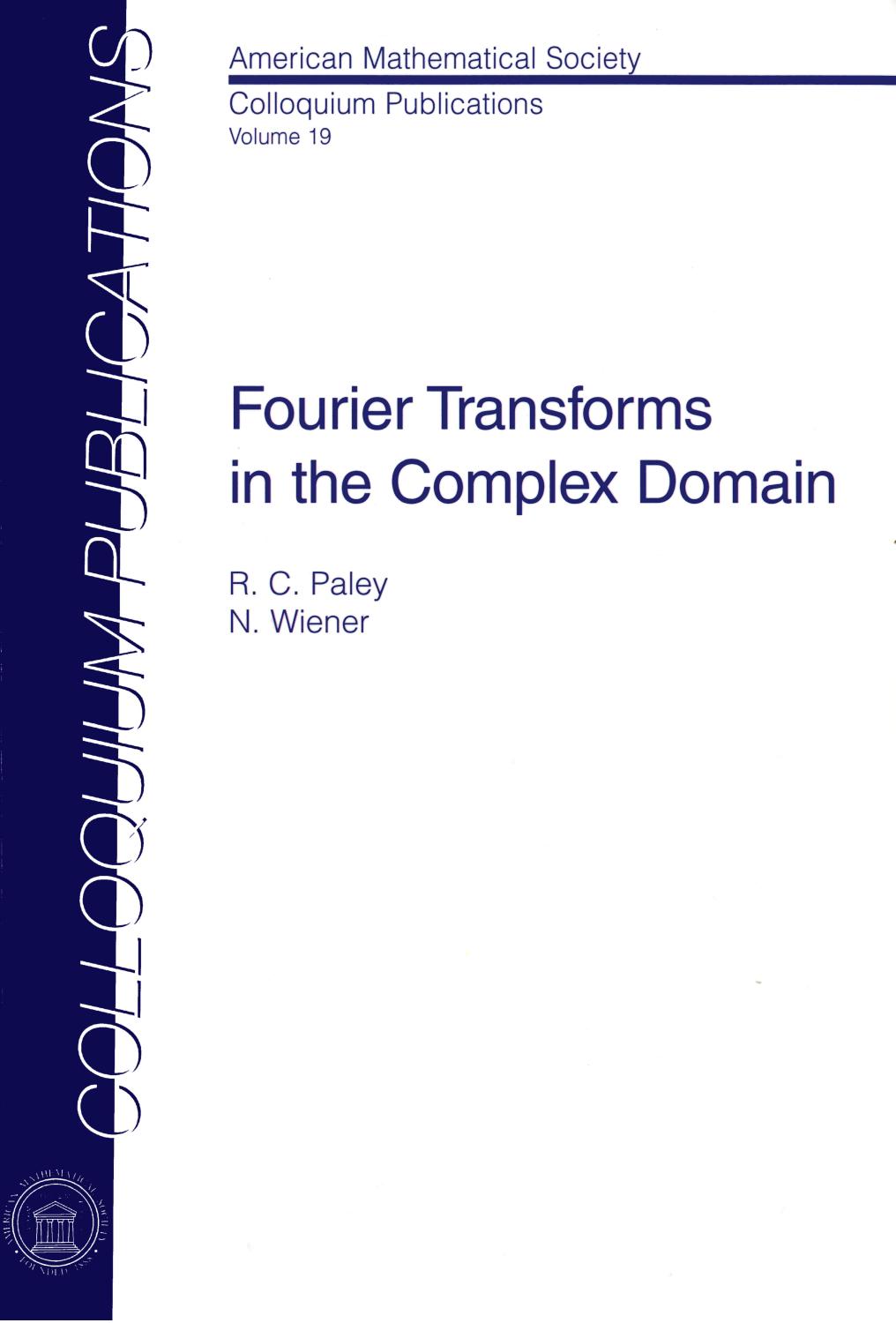 Click above image for expanded view
Fourier Transforms in the Complex Domain
N. Wiener
R. C. Paley
Available Formats:
Add to cart
Bundle Print and Electronic Formats and Save!
This product is available for purchase as a bundle. Purchasing as a bundle enables you to save on the electronic version.
Add bundle to cart
Colloquium Publications
Volume: 19; 1934; 183 pp
MSC: Primary 42;

With the aid of Fourier-Mellin transforms as a tool in analysis, the authors were able to attack such diverse analytic questions as those of quasi-analytic functions, Mercer's theorem on summability, Milne's integral equation of radiative equilibrium, the theorems of Münz and Szász concerning the closure of sets of powers of an argument, Titchmarsh's theory of entire functions of semi-exponential type with real negative zeros, trigonometric interpolation and developments in polynomials of the form \(\sum^N_1A_ne^{i\lambda_nx}\), lacunary series, generalized harmonic analysis in the complex domain, the zeros of random functions, and many others. 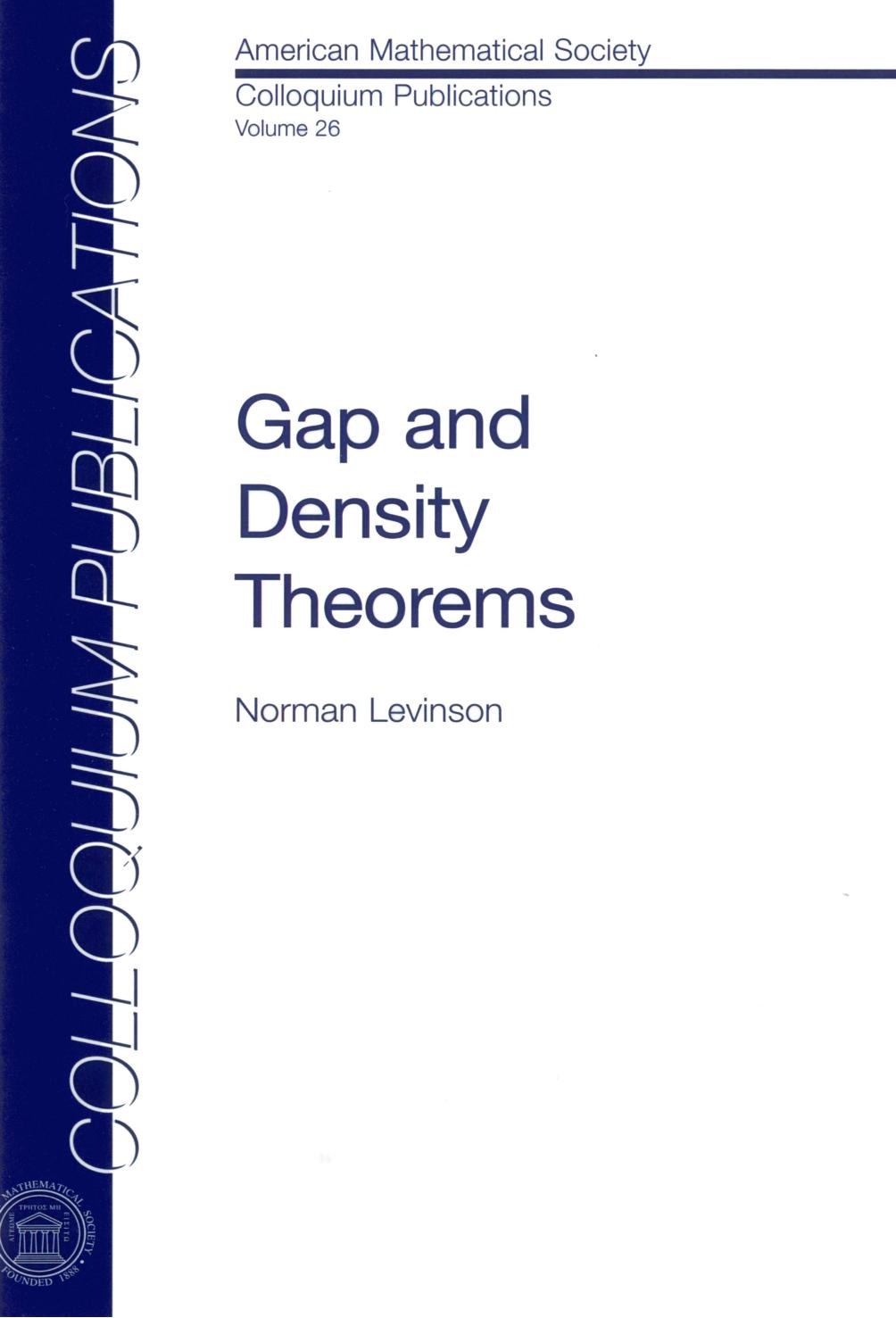