Item Successfully Added to Cart
An error was encountered while trying to add the item to the cart. Please try again.
Continue Shopping
Go to Checkout
OK
Please make all selections above before adding to cart
OK
The following link can be shared to navigate to this page. You can select the link to copy or click the 'Copy To Clipboard' button below.
Copy To Clipboard
Successfully Copied!
Mathematics of Nonlinear Science
Edited by: Melvyn S. Berger 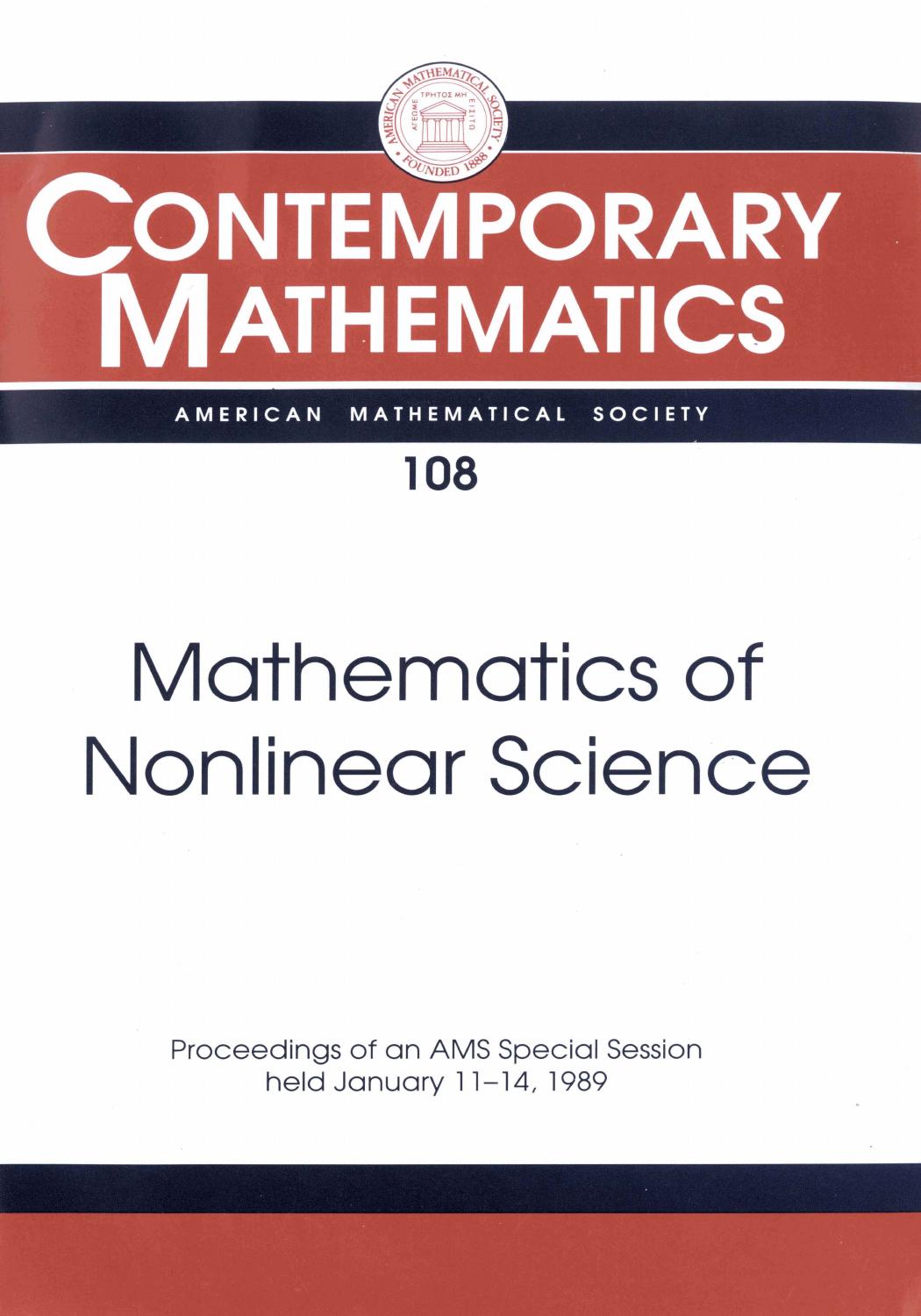 This volume contains the proceedings of an AMS Special Session on the Mathematics of Nonlinear Science, held in Phoenix in January 1989. This area of research encompasses a large and rapidly growing set of ideas concerning the relationship of mathematics to science, in which the fundamental laws of nature are extended beyond common sense into new areas where the dual aspects of order and chaos abound.

These papers, generally analytic in nature, deal primarily with mathematical aspects of physical science and non-chaotic phenomenon. Important new areas are discussed, such as instability, global extensions of KAM theory, new ideas concerning integrable systems, bifurcation and its applications in fluids, and various aspects of gauge theory. Altogether, the topics explored here represent an excellent survey of some of the new research in the mathematics of nonlinear science.