Item Successfully Added to Cart
An error was encountered while trying to add the item to the cart. Please try again.
Continue Shopping
Go to Checkout
OK
Please make all selections above before adding to cart
OK
The following link can be shared to navigate to this page. You can select the link to copy or click the 'Copy To Clipboard' button below.
Copy To Clipboard
Successfully Copied!
Doeblin and Modern Probability
Edited by: Harry Cohn 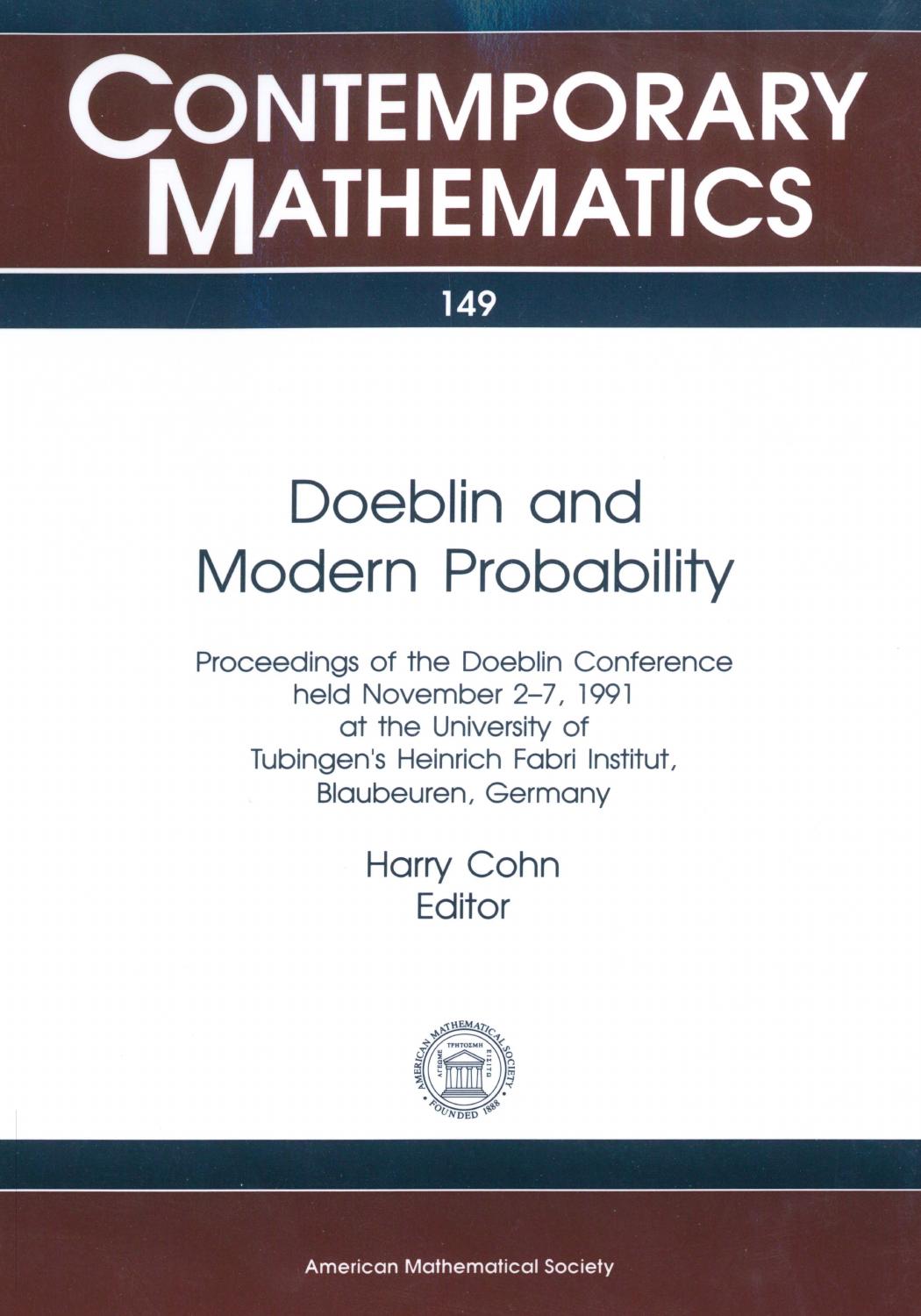 Click above image for expanded view
Doeblin and Modern Probability
Edited by: Harry Cohn
Available Formats:
Add to cart
Bundle Print and Electronic Formats and Save!
This product is available for purchase as a bundle. Purchasing as a bundle enables you to save on the electronic version.
List Price: $100.50
MAA Member Price: $90.45
AMS Member Price: $80.40
Add bundle to cart
Contemporary Mathematics
Volume: 149; 1993
MSC: Primary 60;

Wolfgang Doeblin, one of the greatest probabilists of this century, died in action during World War II at the age of twenty-five. He left behind several seminal contributions which have profoundly influenced the field and continue to provide inspiration for current research. This book is based on papers presented at the conference, “Fifty Years after Doeblin: Developments in the Theory of Markov Chains, Markov Processes, and Sums of Random Variables,” held at Blaubeuren, Germany, in November 1991. Presented here for the first time is an account of Doeblin's life and work, revealing the circumstances of his tragic death in 1940. Organized into sections according to topic, the papers describe both Doeblin's original contributions as well as current developments. With contributions by top probabilists from sixteen countries, this book will interest both researchers in probability and science historians.

Researchers in probability and science historians.