Item Successfully Added to Cart
An error was encountered while trying to add the item to the cart. Please try again.
Continue Shopping
Go to Checkout
OK
Please make all selections above before adding to cart
OK
The following link can be shared to navigate to this page. You can select the link to copy or click the 'Copy To Clipboard' button below.
Copy To Clipboard
Successfully Copied!
Operator Algebras, Quantization, and Noncommutative Geometry: A Centennial Celebration Honoring John von Neumann and Marshall H. Stone
Edited by: Robert S. Doran :  Texas Christian University, Fort Worth, TX
Richard V. Kadison :  University of Pennsylvania, Philadelphia, PA 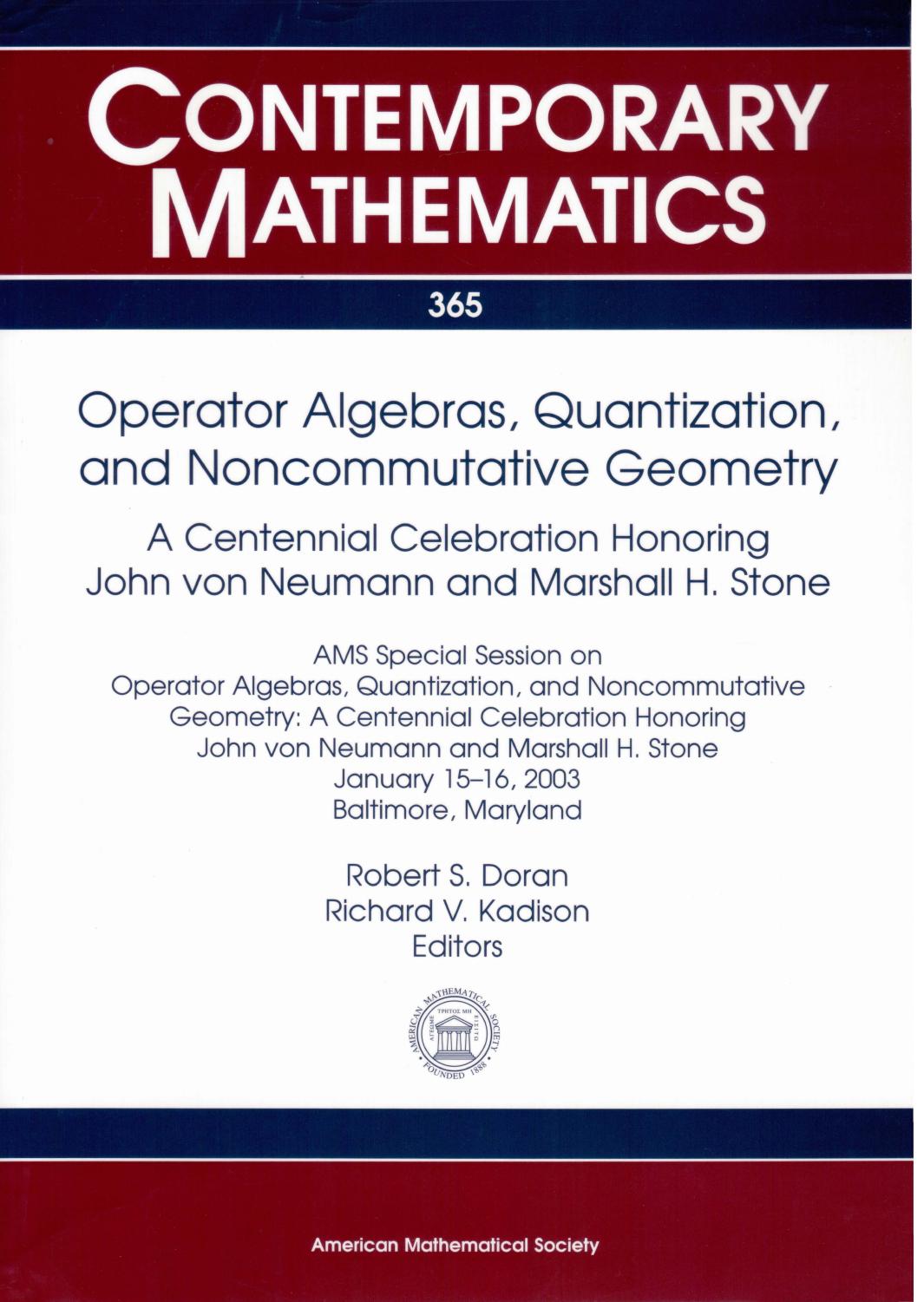 John von Neumann and Marshall Stone were two giants of Twentieth Century mathematics. In honor of the 100th anniversary of their births, a mathematical celebration was organized featuring developments in fields where both men were major influences.

This volume contains articles from the AMS Special Session, Operator Algebras, Quantization and Noncommutative Geometry: A Centennial Celebration in Honor of John von Neumann and Marshall H. Stone. Papers range from expository and historical surveys to original research articles. All articles were carefully refereed and cover a broad range of mathematical topics reflecting the fundamental ideas of von Neumann and Stone.

Most contributions are expanded versions of the talks and were written exclusively for this volume. Included, among others, are articles by George W. Mackey, Nigel Higson, and Marc Rieffel. Also featured is a reprint of P.R. Halmos's The Legend of John von Neumann.

The book is suitable for graduate students and researchers interested in operator algebras and applications, including noncommutative geometry.