Item Successfully Added to Cart
An error was encountered while trying to add the item to the cart. Please try again.
Continue Shopping
Go to Checkout
OK
Please make all selections above before adding to cart
OK
The following link can be shared to navigate to this page. You can select the link to copy or click the 'Copy To Clipboard' button below.
Copy To Clipboard
Successfully Copied!
Entropy and the Quantum
Edited by: Robert Sims :  University of Arizona, Tucson, AZ
Daniel Ueltschi :  University of Warwick, Coventry, United Kingdom 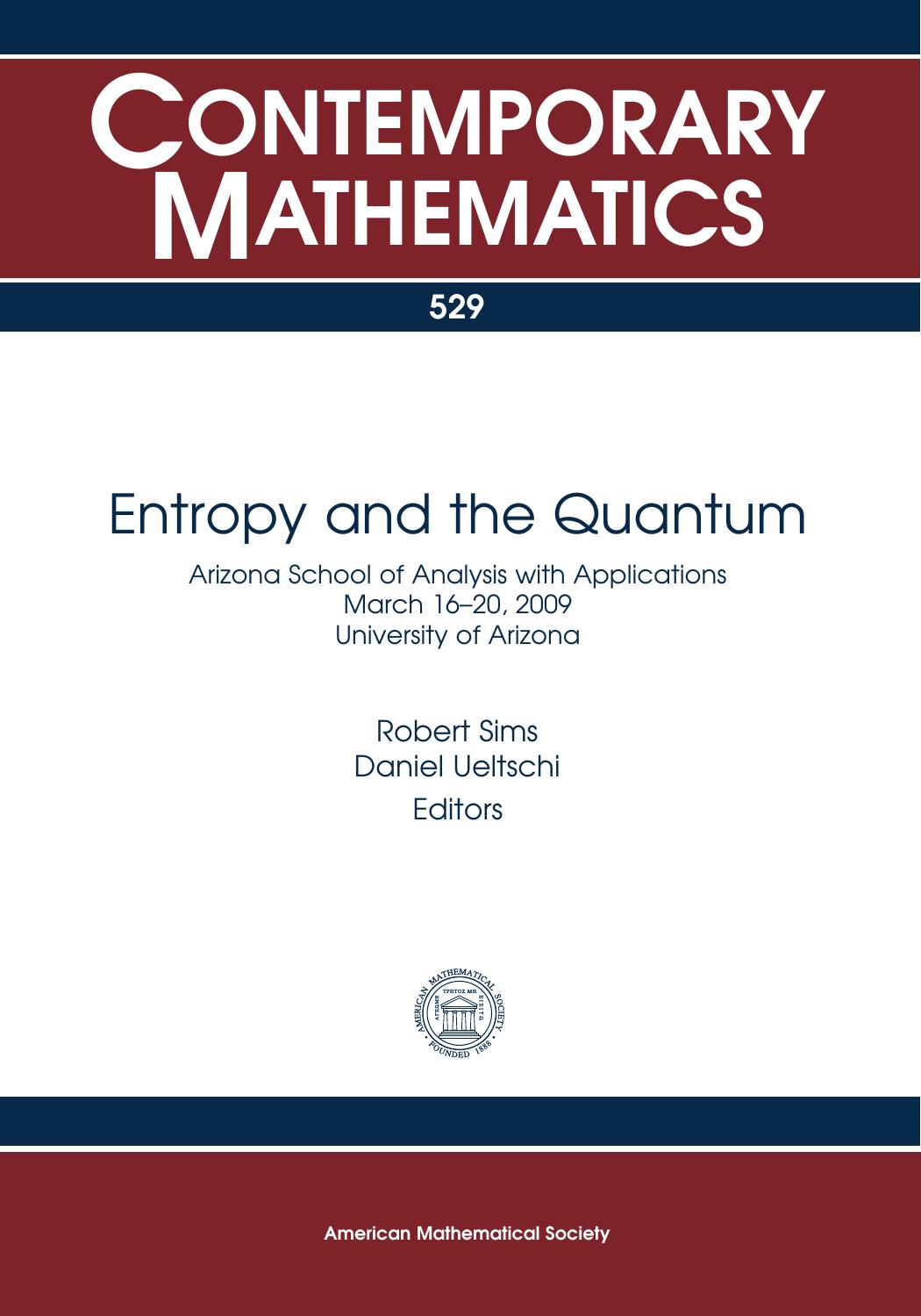 Click above image for expanded view
Entropy and the Quantum
Edited by: Robert Sims :  University of Arizona, Tucson, AZ
Daniel Ueltschi :  University of Warwick, Coventry, United Kingdom
Available Formats:
Add to cart
Bundle Print and Electronic Formats and Save!
This product is available for purchase as a bundle. Purchasing as a bundle enables you to save on the electronic version.
List Price: $117.00
MAA Member Price: $105.30
AMS Member Price: $93.60
Add bundle to cart
Contemporary Mathematics
Volume: 529; 2010
MSC: Primary 15; 47; 81; 82; 94;

These lecture notes provide a pedagogical introduction to quantum mechanics and to some of the mathematics that has been motivated by this field. They are a product of the school “Entropy and the Quantum”, which took place in Tucson, Arizona, in 2009. They have been written primarily for young mathematicians, but they will also prove useful to more experienced analysts and mathematical physicists. In the first contribution, William Faris introduces the mathematics of quantum mechanics. Robert Seiringer and Eric Carlen review certain recent developments in stability of matter and analytic inequalities, respectively. Bruno Nachtergaele and Robert Sims review locality results for quantum systems, and Christopher King deals with additivity conjectures and quantum information theory. The final article, by Christian Hainzl, describes applications of analysis to the Shandrasekhar limit of stellar masses. 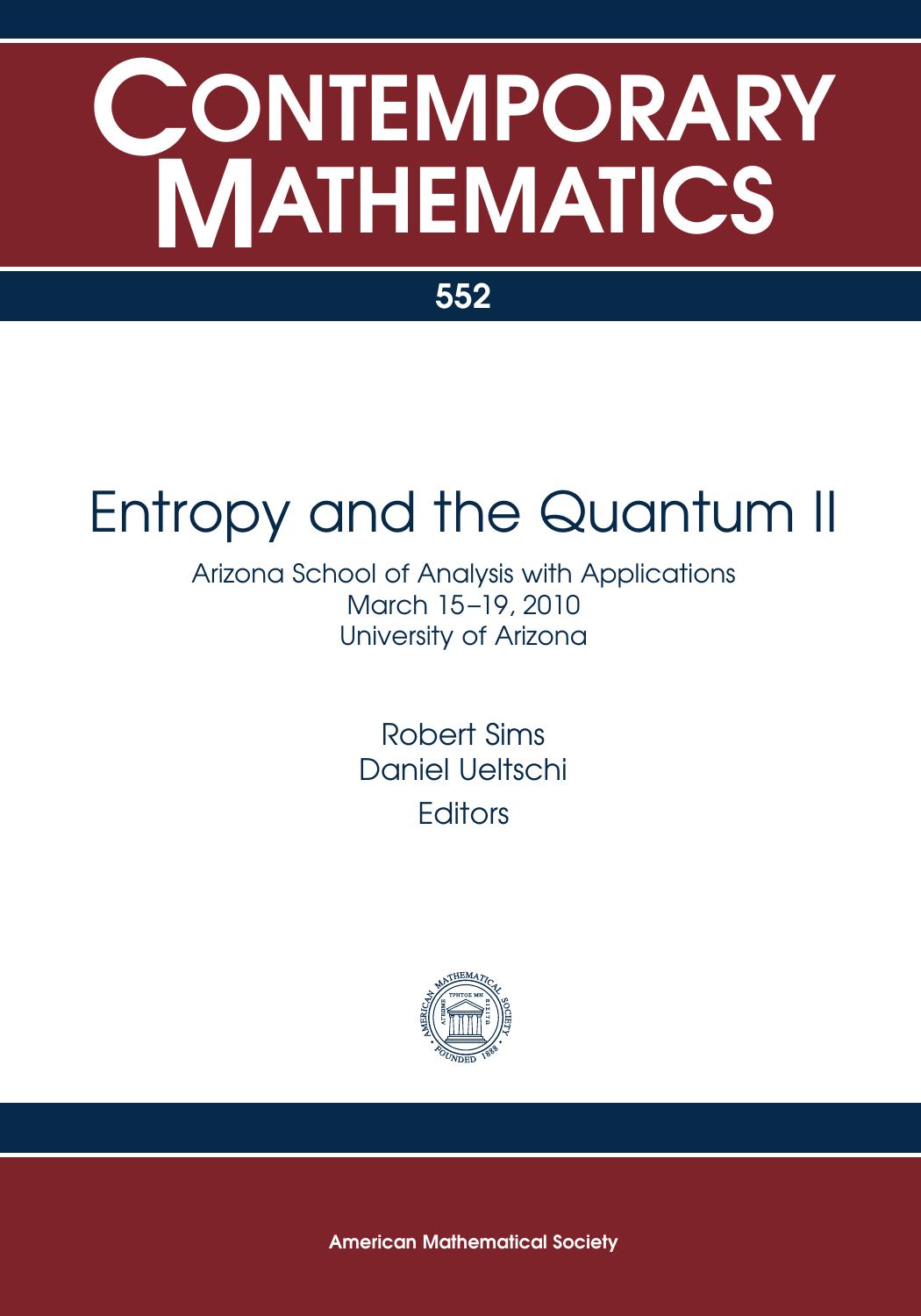