Item Successfully Added to Cart
An error was encountered while trying to add the item to the cart. Please try again.
Continue Shopping
Go to Checkout
OK
Please make all selections above before adding to cart
OK
The following link can be shared to navigate to this page. You can select the link to copy or click the 'Copy To Clipboard' button below.
Copy To Clipboard
Successfully Copied!
The Influence of Solomon Lefschetz in Geometry and Topology: 50 Years of Mathematics at CINVESTAV
Edited by: Ludmil Katzarkov :  University of Miami, Coral Gables, FL and Universität Wien, Wien, Austria
Ernesto Lupercio :  Cinvestav-Mexico, Mexico
Francisco J. Turrubiates :  Instituto Politécnico Nacional México, Mexico 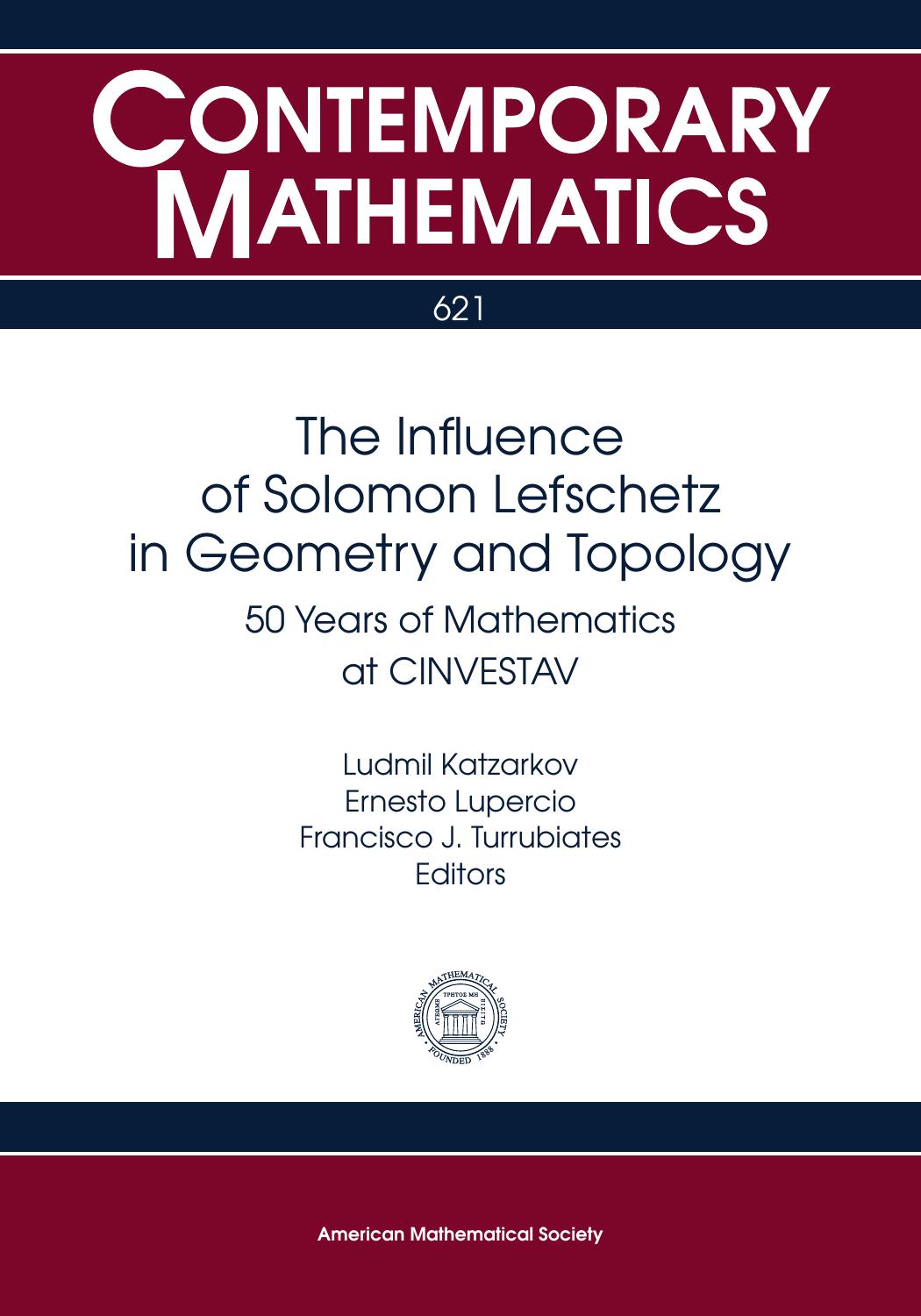 The influence of Solomon Lefschetz (1884–1972) in geometry and topology 40 years after his death has been very profound. Lefschetz's influence in Mexican mathematics has been even greater. In this volume, celebrating 50 years of mathematics at Cinvestav-México, many of the fields of geometry and topology are represented by some of the leaders of their respective fields.

This volume opens with Michael Atiyah reminiscing about his encounters with Lefschetz and México. Topics covered in this volume include symplectic flexibility, Chern–Simons theory and the theory of classical theta functions, toric topology, the Beilinson conjecture for finite-dimensional associative algebras, partial monoids and Dold–Thom functors, the weak b-principle, orbit configuration spaces, equivariant extensions of differential forms for noncompact Lie groups, dynamical systems and categories, and the Nahm pole boundary condition.