Item Successfully Added to Cart
An error was encountered while trying to add the item to the cart. Please try again.
Continue Shopping
Go to Checkout
OK
Please make all selections above before adding to cart
OK
The following link can be shared to navigate to this page. You can select the link to copy or click the 'Copy To Clipboard' button below.
Copy To Clipboard
Successfully Copied!
Lectures on the Theory of Elliptic Modular Functions: Second Volume
Felix Klein
Robert Fricke
Translated by Arthur M. DuPre.
A publication of Higher Education Press (Beijing) 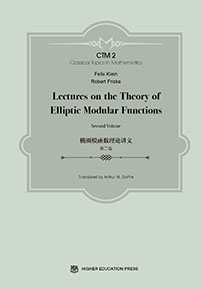 Felix Klein's famous Erlangen program made the theory of group actions into a central part of mathematics. In the spirit of this program, Klein set out to write a grand series of books which unified many different subjects of mathematics, including number theory, geometry, complex analysis, and discrete subgroups.

The first book on icosahedron and the solution of equations of the fifth degree showed closed relations between three seemingly different subjects: the symmetries of the icosahedron, the solution to fifth degree algebraic equations, and the differential equation of hypergeometric functions. It was translated into English in 1888, four years after its original German version was published in 1884. It was followed by two volumes on elliptic modular functions by Klein and Fricke and two more volumes on automorphic functions also by Klein and Fricke.

These four classic books are vast generalizations of the first volume and contain the highly original works of Poincaré and Klein on automorphic forms. They have been very influential in the development of mathematics and are now available in English for the first time. These books contain many original ideas, striking examples, explicit computations, and details which are not available anywhere else. They will be very valuable references for people at all levels and allow the reader to see the unity of mathematics through the eyes of one of the most influential mathematicians with vision, Felix Klein.

Graduate students and research mathematicians interested in the theory of elliptic modular functions. 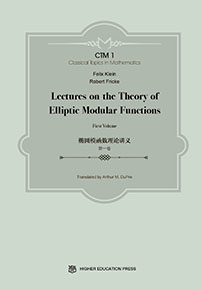 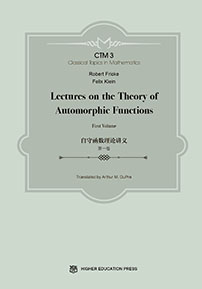 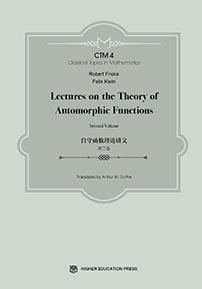