Item Successfully Added to Cart
An error was encountered while trying to add the item to the cart. Please try again.
Continue Shopping
Go to Checkout
OK
Please make all selections above before adding to cart
OK
The following link can be shared to navigate to this page. You can select the link to copy or click the 'Copy To Clipboard' button below.
Copy To Clipboard
Successfully Copied!
Descriptive Complexity and Finite Models
Edited by: Neil Immerman :  University of Massachusetts, Amherst, MA
Phokion G. Kolaitis :  University of California, Santa Cruz, Santa Cruz, CA
A co-publication of the AMS and DIMACS 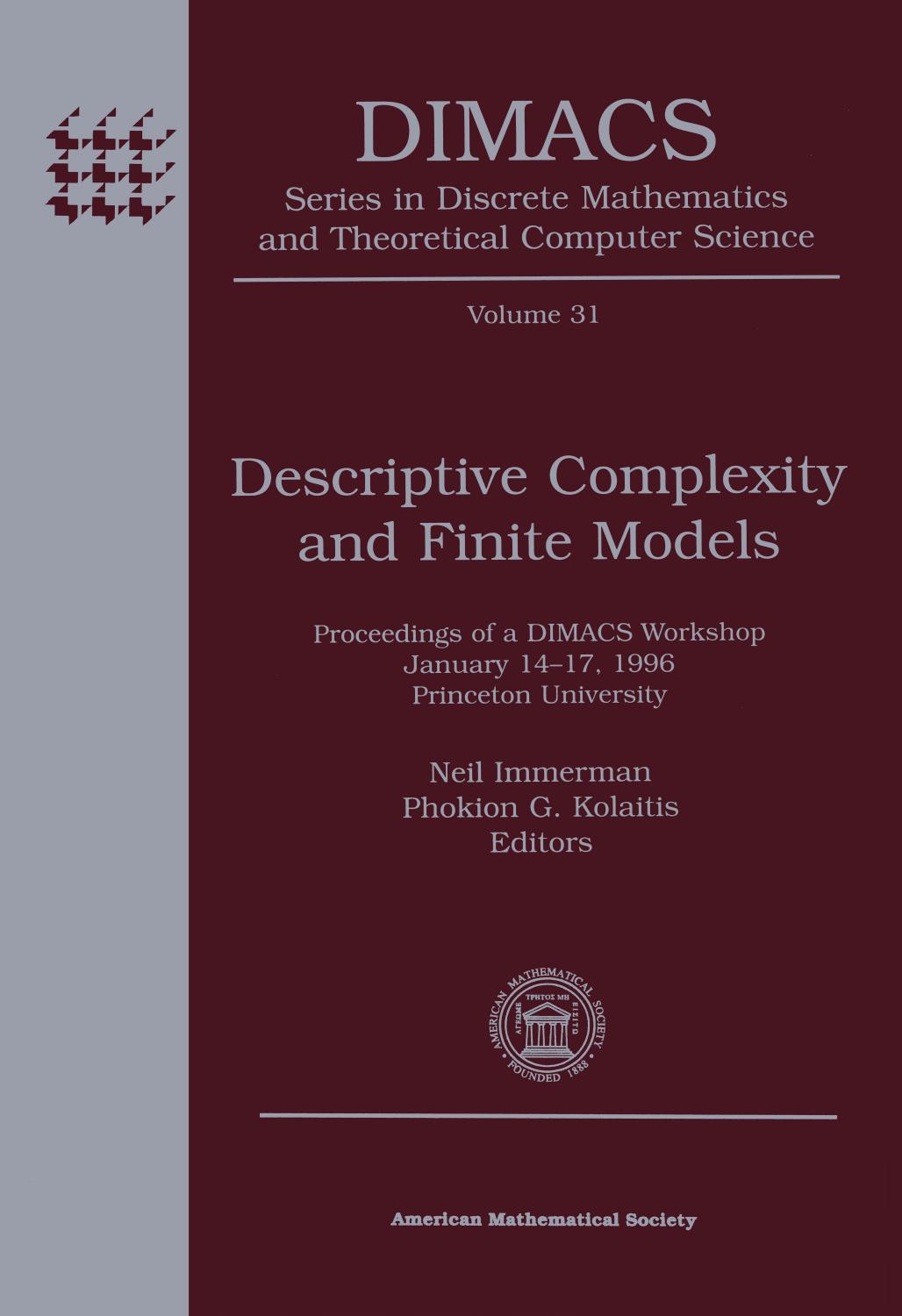 Available Formats:
Add to cart
Bundle Print and Electronic Formats and Save!
This product is available for purchase as a bundle. Purchasing as a bundle enables you to save on the electronic version.
Add bundle to cart
DIMACS - Series in Discrete Mathematics and Theoretical Computer Science
Volume: 31; 1997; 248 pp
MSC: Primary 68; 03;

“We hope that this small volume will suggest directions of synergy and contact for future researchers to build upon, creating connections and making discoveries that will help explain some of the many mysteries of computation.”

Finite model theory can be succinctly described as the study of logics on finite structures. It is an area of research existing between mathematical logic and computer science. This area has been developing through continuous interaction with computational complexity, database theory, and combinatorics.

The volume presents articles by leading researchers who delivered talks at the “Workshop on Finite Models and Descriptive Complexity” at Princeton in January 1996 during a DIMACS-sponsored Special Year on Logic and Algorithms. Each article is self-contained and provides a valuable introduction to the featured research areas connected with finite model theory.