Item Successfully Added to Cart
An error was encountered while trying to add the item to the cart. Please try again.
Continue Shopping
Go to Checkout
OK
Please make all selections above before adding to cart
OK
The following link can be shared to navigate to this page. You can select the link to copy or click the 'Copy To Clipboard' button below.
Copy To Clipboard
Successfully Copied!
Andrzej Schinzel, Selecta
Edited by: Henryk Iwaniec :  Rutgers University, Piscataway, NJ
Wladyslaw Narkiewicz :  University of Wroclaw, Poland
Jerzy Urbanowicz :  IM Pan, Warsaw, Poland
A publication of European Mathematical Society 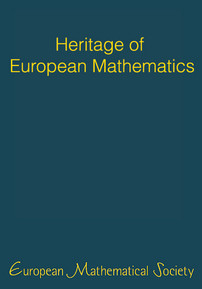 Andrzej Schinzel, born in 1937, is a leading number theorist whose work has had a lasting impact on modern mathematics. He is the author of over 200 research articles in various branches of arithmetics, including elementary, analytic, and algebraic number theory. He has also been, for nearly 40 years, the editor of Acta Arithmetica, the first international journal devoted exclusively to number theory.

Selecta, a two-volume set, contains Schinzel's most important articles published between 1955 and 2006. The arrangement is by topic, with each major category introduced by an expert's comment. Many of the hundred selected papers deal with arithmetical and algebraic properties of polynomials in one or several variables, but there are also articles on Euler's totient function, the favorite subject of Schinzel's early research, on prime numbers (including the famous paper with Sierpiński on the Hypothesis "H"), algebraic number theory, diophantine equations, analytical number theory and geometry of numbers. Selecta concludes with some papers from outside number theory, as well as a list of unsolved problems and unproved conjectures, taken from the work of Schinzel.