Item Successfully Added to Cart
An error was encountered while trying to add the item to the cart. Please try again.
Continue Shopping
Go to Checkout
OK
Please make all selections above before adding to cart
OK
The following link can be shared to navigate to this page. You can select the link to copy or click the 'Copy To Clipboard' button below.
Copy To Clipboard
Successfully Copied!
Functional Equations and Characterization Problems on Locally Compact Abelian Groups
Gennadiy Feldman :  Institute for Low Temperature Physics and Engineering, Kharkov, Ukraine
A publication of European Mathematical Society 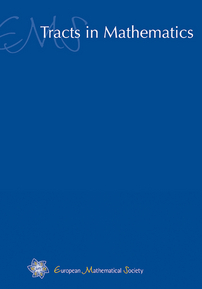 In recent years, a great deal of attention has been focused upon generalizing the classical characterization theorems to random variables with values in various algebraic structures such as locally compact Abelian groups, Lie groups, quantum groups, or symmetric spaces. The present book is aimed at the generalization of some well-known characterization theorems to the case of independent random variables taking values in a locally compact Abelian group \(X\). The main attention is paid to the characterization of the Gaussian and the idempotent distribution (group analogs of the Kac–Bernstein, Skitovich–Darmois, and Heyde theorems). The solution of the corresponding problems is reduced to the solution of some functional equations in the class of continuous positive definite functions defined on the character group of \(X\). Group analogs of the Cramér and Marcinkiewicz theorems are also studied.

The author is an expert in algebraic probability theory. His comprehensive and self-contained monograph is addressed to mathematicians working in probability theory on algebraic structures, abstract harmonic analysis, and functional equations. The book concludes with comments and unsolved problems that provide further stimulation for future research in the theory.