Item Successfully Added to Cart
An error was encountered while trying to add the item to the cart. Please try again.
Continue Shopping
Go to Checkout
OK
Please make all selections above before adding to cart
OK
The following link can be shared to navigate to this page. You can select the link to copy or click the 'Copy To Clipboard' button below.
Copy To Clipboard
Successfully Copied!
From Newton to Boltzmann: Hard Spheres and Short-Range Potentials
Isabelle Gallagher :  Université Paris Diderot, France
Laure Saint-Raymond :  Ecole Normale Supérieure, Paris, France
Benjamin Texier :  Université Paris Diderot, France
A publication of European Mathematical Society 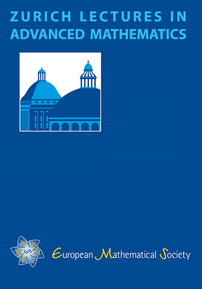 The question addressed in this monograph is the relationship between the time-reversible Newton dynamics for a system of particles interacting via elastic collisions and the irreversible Boltzmann dynamics which gives a statistical description of the collision mechanism. Two types of elastic collisions are considered: hard spheres and compactly supported potentials.

Following the steps suggested by Lanford in 1974, the authors describe the transition from Newton to Boltzmann by proving a rigorous convergence result in short time, as the number of particles tends to infinity and their size simultaneously goes to zero, in the Boltzmann-Grad scaling.

Boltzmann's kinetic theory rests on the assumption that particle independence is propagated by the dynamics. This assumption is central to the issue of appearance of irreversibility. For finite numbers of particles, correlations are generated by collisions. The convergence proof establishes that for initially independent configurations, independence is statistically recovered in the limit.

This book is intended for mathematicians working in the fields of partial differential equations and mathematical physics and is accessible to graduate students with a background in analysis.