Item Successfully Added to Cart
An error was encountered while trying to add the item to the cart. Please try again.
Continue Shopping
Go to Checkout
OK
Please make all selections above before adding to cart
OK
The following link can be shared to navigate to this page. You can select the link to copy or click the 'Copy To Clipboard' button below.
Copy To Clipboard
Successfully Copied!
Perspectives on Noncommutative Geometry
Edited by: Masoud Khalkhali :  University of Western Ontario, London, ON, Canada
Guoliang Yu :  Vanderbilt University, Nashville, TN
A co-publication of the AMS and Fields Institute 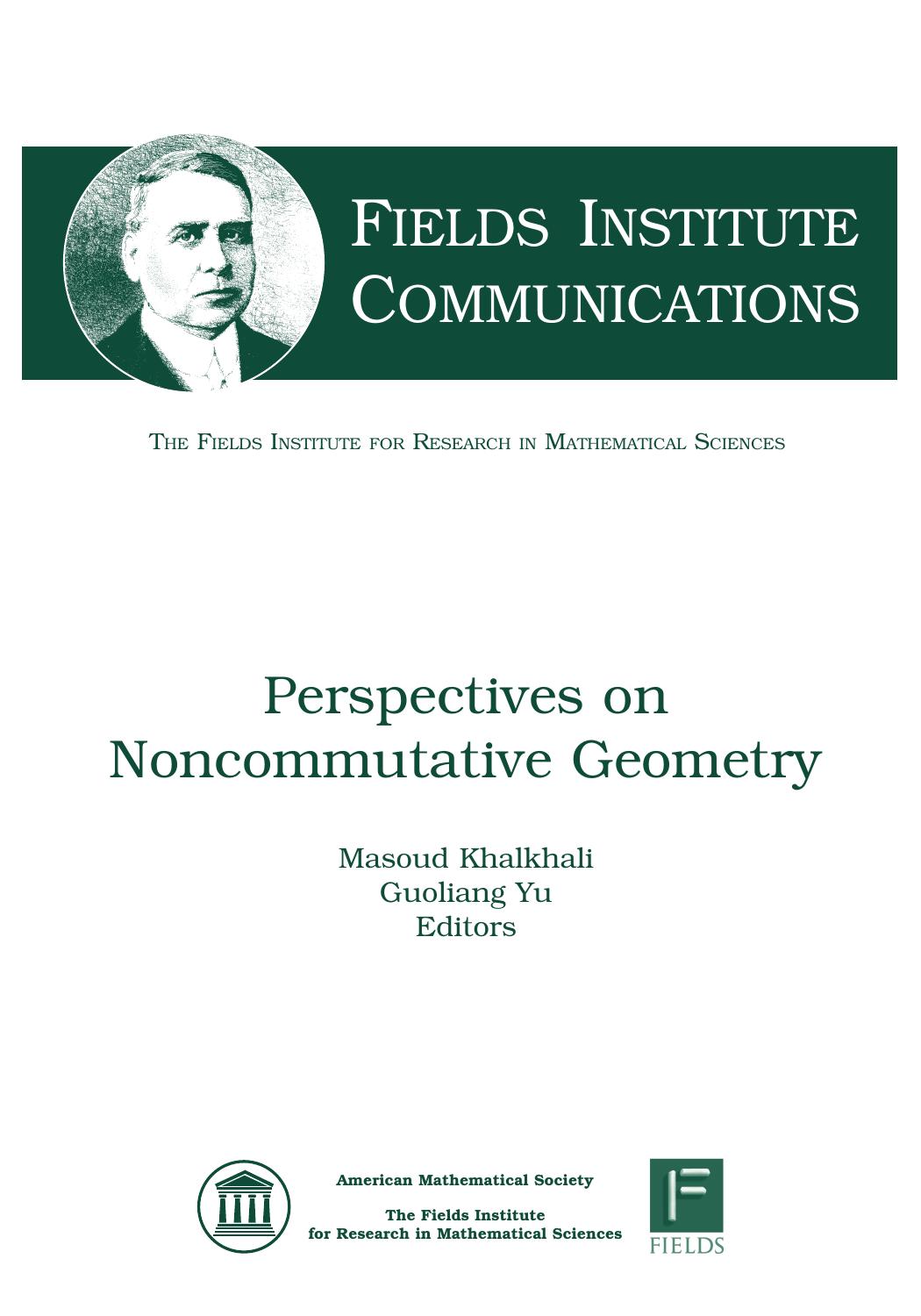 Click above image for expanded view
Perspectives on Noncommutative Geometry
Edited by: Masoud Khalkhali :  University of Western Ontario, London, ON, Canada
Guoliang Yu :  Vanderbilt University, Nashville, TN
A co-publication of the AMS and Fields Institute
Available Formats:
Add to cart
Bundle Print and Electronic Formats and Save!
This product is available for purchase as a bundle. Purchasing as a bundle enables you to save on the electronic version.
Add bundle to cart
Fields Institute Communications
Volume: 61; 2011; 163 pp
MSC: Primary 58; Secondary 19; 16; 18;

This volume represents the proceedings of the Noncommutative Geometry Workshop that was held as part of the thematic program on operator algebras at the Fields Institute in May 2008.

Pioneered by Alain Connes starting in the late 1970s, noncommutative geometry was originally inspired by global analysis, topology, operator algebras, and quantum physics. Its main applications were to settle some long-standing conjectures, such as the Novikov conjecture and the Baum-Connes conjecture.

Next came the impact of spectral geometry and the way the spectrum of a geometric operator, like the Laplacian, holds information about the geometry and topology of a manifold, as in the celebrated Weyl law. This has now been vastly generalized through Connes' notion of spectral triples.

Finally, recent years have witnessed the impact of number theory, algebraic geometry and the theory of motives, and quantum field theory on noncommutative geometry. Almost all of these aspects are touched upon with new results in the papers of this volume.

This book is intended for graduate students and researchers in both mathematics and theoretical physics who are interested in noncommutative geometry and its applications. 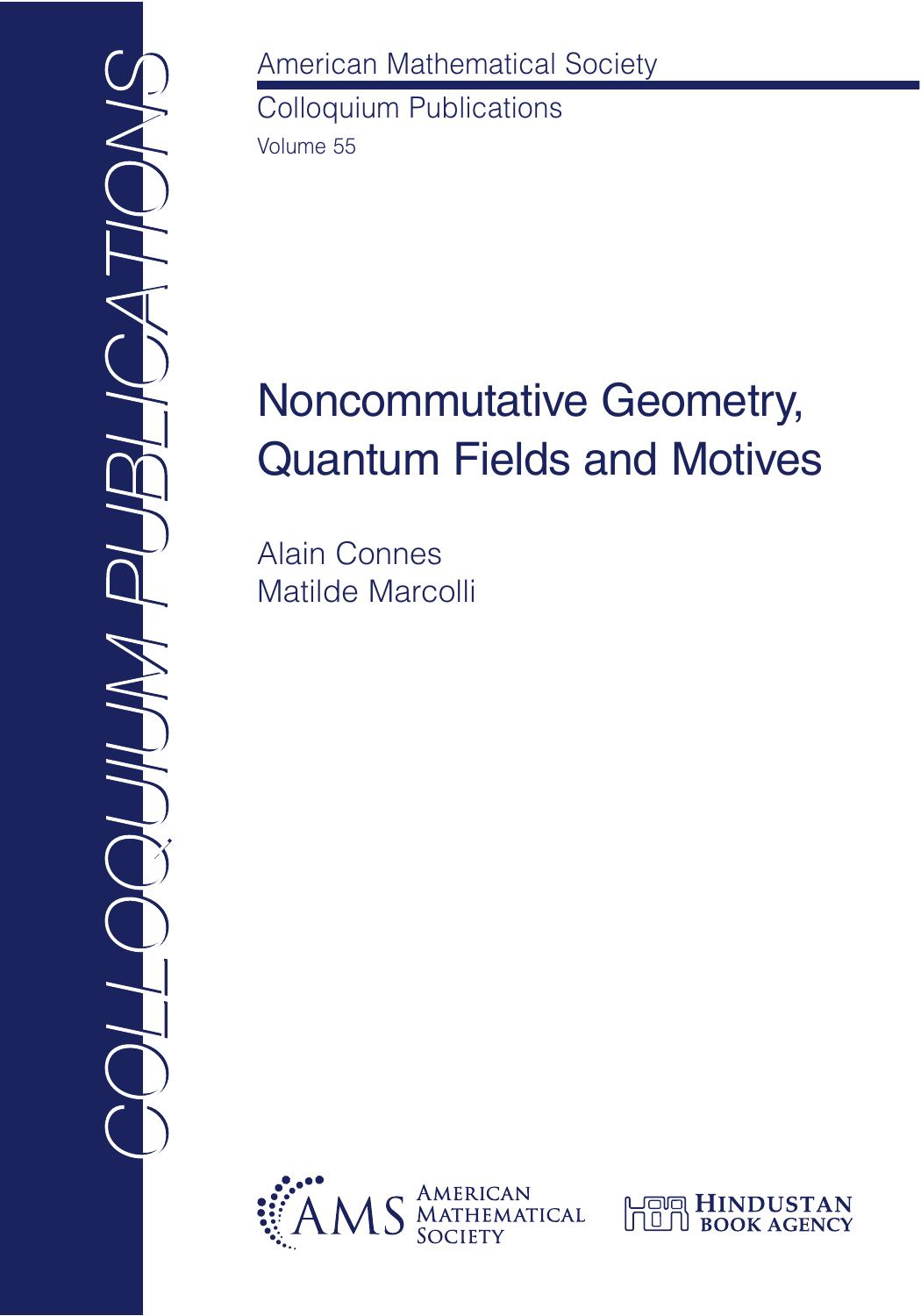 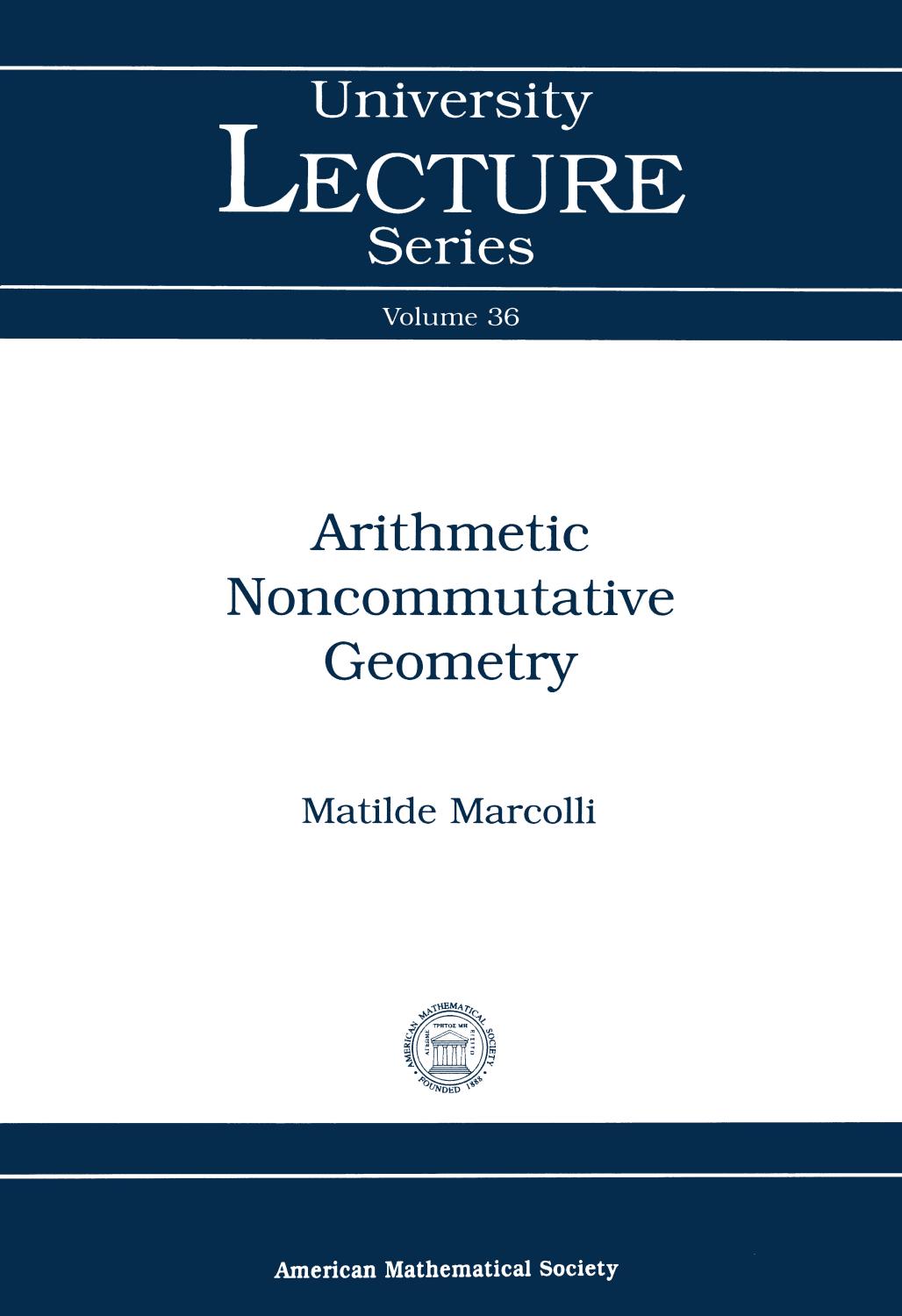