Item Successfully Added to Cart
An error was encountered while trying to add the item to the cart. Please try again.
Continue Shopping
Go to Checkout
OK
Please make all selections above before adding to cart
OK
The following link can be shared to navigate to this page. You can select the link to copy or click the 'Copy To Clipboard' button below.
Copy To Clipboard
Successfully Copied!
Introduction to Fourier Analysis and Wavelets
Mark A. Pinsky :  Northwestern University, Evanston, IL 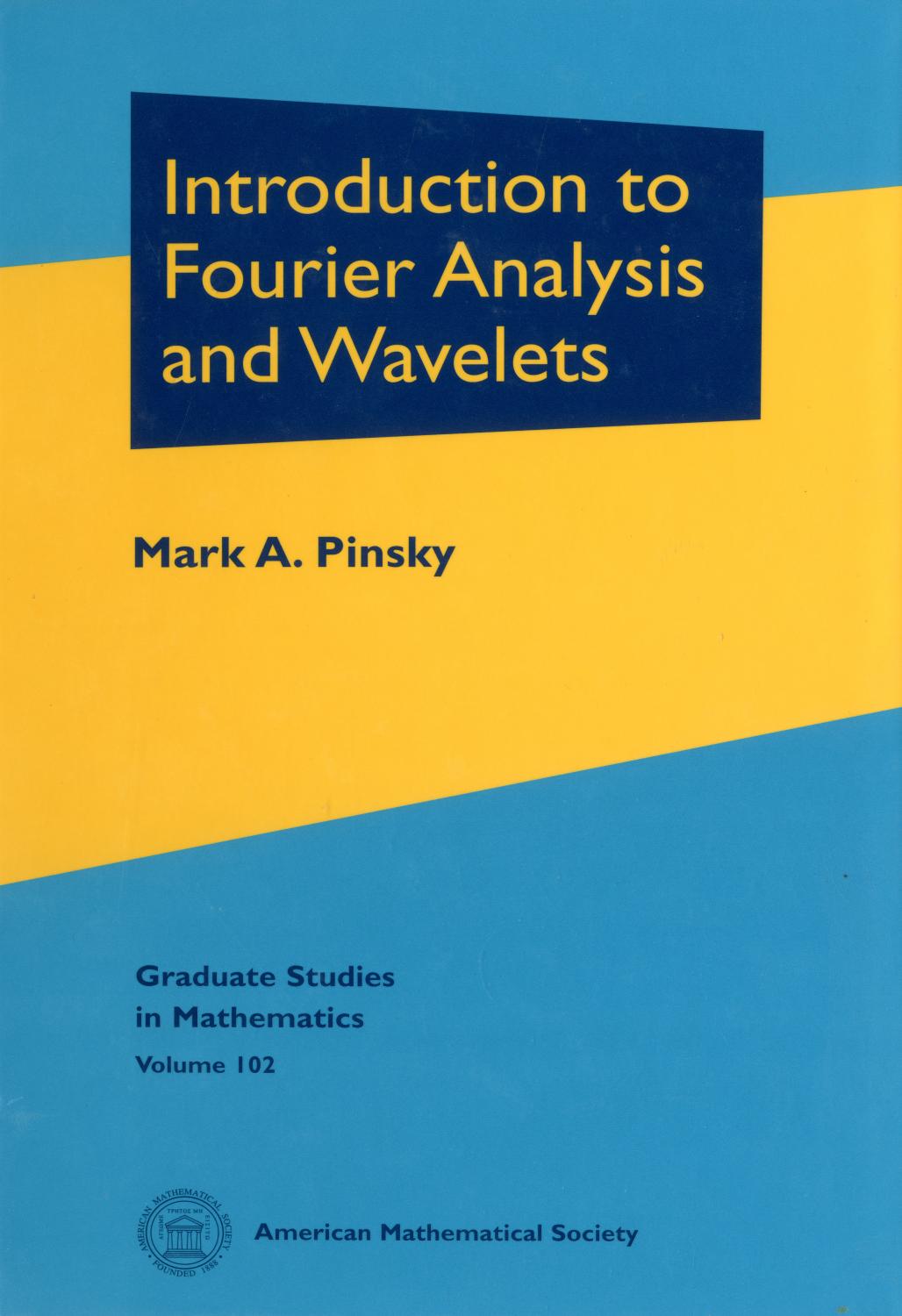 Available Formats:
Add to cart
Bundle Print and Electronic Formats and Save!
This product is available for purchase as a bundle. Purchasing as a bundle enables you to save on the electronic version.
Add bundle to cart
Graduate Studies in Mathematics
Volume: 102; 2002; 376 pp
MSC: Primary 42;

This book provides a concrete introduction to a number of topics in harmonic analysis, accessible at the early graduate level or, in some cases, at an upper undergraduate level. Necessary prerequisites to using the text are rudiments of the Lebesgue measure and integration on the real line. It begins with a thorough treatment of Fourier series on the circle and their applications to approximation theory, probability, and plane geometry (the isoperimetric theorem). Frequently, more than one proof is offered for a given theorem to illustrate the multiplicity of approaches.

The second chapter treats the Fourier transform on Euclidean spaces, especially the author's results in the three-dimensional piecewise smooth case, which is distinct from the classical Gibbs–Wilbraham phenomenon of one-dimensional Fourier analysis. The Poisson summation formula treated in Chapter 3 provides an elegant connection between Fourier series on the circle and Fourier transforms on the real line, culminating in Landau's asymptotic formulas for lattice points on a large sphere.

Much of modern harmonic analysis is concerned with the behavior of various linear operators on the Lebesgue spaces \(L^p(\mathbb{R}^n)\). Chapter 4 gives a gentle introduction to these results, using the Riesz–Thorin theorem and the Marcinkiewicz interpolation formula. One of the long-time users of Fourier analysis is probability theory. In Chapter 5 the central limit theorem, iterated log theorem, and Berry–Esseen theorems are developed using the suitable Fourier-analytic tools.

The final chapter furnishes a gentle introduction to wavelet theory, depending only on the \(L_2\) theory of the Fourier transform (the Plancherel theorem). The basic notions of scale and location parameters demonstrate the flexibility of the wavelet approach to harmonic analysis.

The text contains numerous examples and more than 200 exercises, each located in close proximity to the related theoretical material.