Item Successfully Added to Cart
An error was encountered while trying to add the item to the cart. Please try again.
Continue Shopping
Go to Checkout
OK
Please make all selections above before adding to cart
OK
The following link can be shared to navigate to this page. You can select the link to copy or click the 'Copy To Clipboard' button below.
Copy To Clipboard
Successfully Copied!
Analysis II: Fourth Edition
Terence Tao :  University of California Los Angeles, Los Angeles, CA
A publication of Hindustan Book Agency 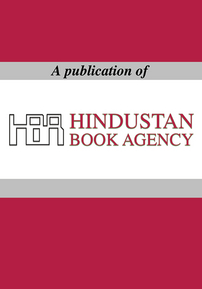 This is part two of a two-volume introduction to real analysis and is intended for honours undergraduates who have already been exposed to calculus. The emphasis is on rigour and on foundations. The material starts at the very beginning—the construction of the number systems and set theory—then goes on to the basics of analysis (limits, series, continuity, differentiation, Riemann integration), through to power series, several variable calculus and Fourier analysis, and finally to the Lebesgue integral. These are almost entirely set in the concrete setting of the real line and Euclidean spaces, although there is some material on abstract metric and topological spaces. There are also appendices on mathematical logic and the decimal system. The entire text (omitting some less central topics) can be taught in two quarters of 25 to 30 lectures each.

The course material is deeply intertwined with the exercises, as it is intended that the student actively learn the material (and practice thinking and writing rigorously) by proving several of the key results in the theory.

The fourth edition incorporates a large number of corrections reported since the release of the third edition, as well as some new exercises.