Item Successfully Added to Cart
An error was encountered while trying to add the item to the cart. Please try again.
Continue Shopping
Go to Checkout
OK
Please make all selections above before adding to cart
OK
The following link can be shared to navigate to this page. You can select the link to copy or click the 'Copy To Clipboard' button below.
Copy To Clipboard
Successfully Copied!
Papers on Topology: Analysis Situs and Its Five Supplements
Henri Poincaré
Translated by John Stillwell
A co-publication of the AMS and London Mathematical Society 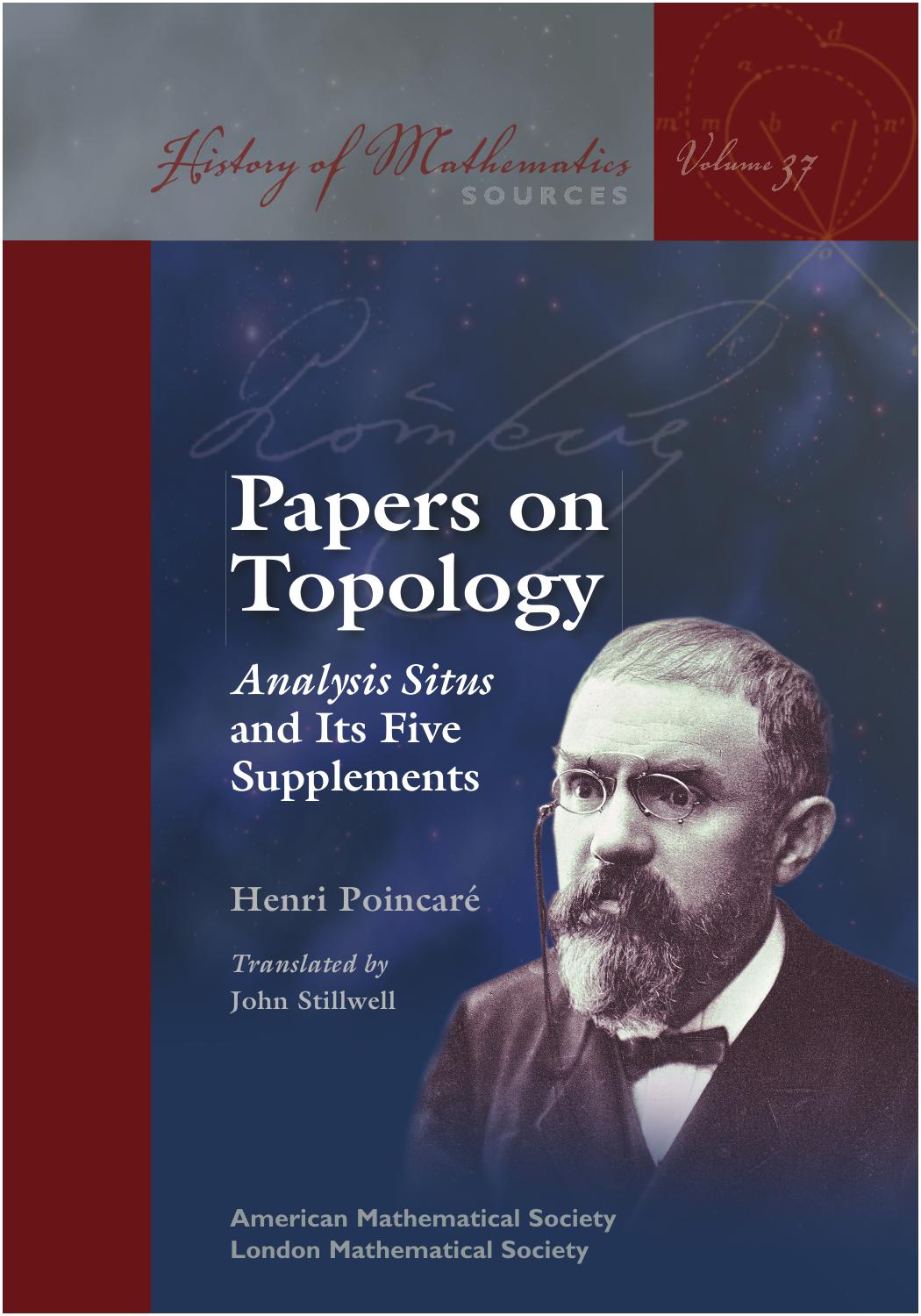 Click above image for expanded view
Papers on Topology: Analysis Situs and Its Five Supplements
Henri Poincaré
Translated by John Stillwell
A co-publication of the AMS and London Mathematical Society
Available Formats:
Add to cart
Bundle Print and Electronic Formats and Save!
This product is available for purchase as a bundle. Purchasing as a bundle enables you to save on the electronic version.
Add bundle to cart
History of Mathematics
History of Mathematics Source Series
Volume: 37; 2010; 228 pp
MSC: Primary 01; 55; 57;
John Stillwell was the recipient of the Chauvenet Prize for Mathematical Exposition in 2005.

These famous papers, with their characteristic mixture of deep insight and inevitable confusion, are here presented complete and in English for the first time, with a commentary by their translator, John Stillwell, that guides the reader into the heart of the subject. One of the finest works of one of the great mathematicians is now available anew for students and experts alike.

The AMS and John Stillwell have made an important contribution to the mathematics literature in this translation of Poincaré. For many of us, these great papers on the foundations of topology are given greater clarity in English. Moreover, reading Poincaré here illustrates the ultimate in research by successive approximations (akin to my own way of mathematical thinking).

I am a proud owner of the original complete works in green leather in French bought for a princely sum in Paris around 1975. I have read them extensively, and often during topology lectures I refer to parts of these works. I am happy that there is now the option for my students to read them in English.

The papers in this book chronicle Henri Poincaré's journey in algebraic topology between 1892 and 1904, from his discovery of the fundamental group to his formulation of the Poincaré conjecture. For the first time in English translation, one can follow every step (and occasional stumble) along the way, with the help of translator John Stillwell's introduction and editorial comments.

Now that the Poincaré conjecture has finally been proved, by Grigory Perelman, it seems timely to collect the papers that form the background to this famous conjecture. Poincaré's papers are in fact the first draft of algebraic topology, introducing its main subject matter (manifolds) and basic concepts (homotopy and homology). All mathematicians interested in topology and its history will enjoy this book.

This volume is one of an informal sequence of works within the History of Mathematics series. Volumes in this subset, “Sources”, are classical mathematical works that served as cornerstones for modern mathematical thought.

Undergraduates, graduate students, and research mathematicians interested in topology and the history of topology. 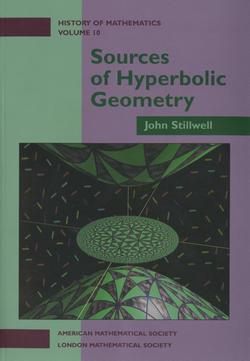 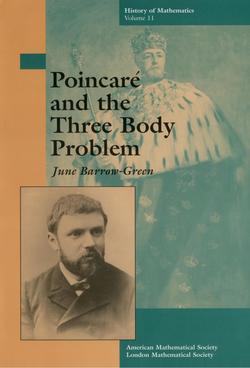 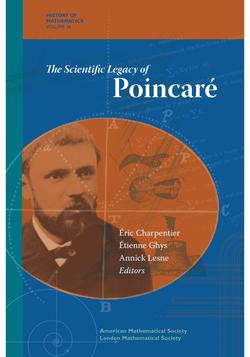