Item Successfully Added to Cart
An error was encountered while trying to add the item to the cart. Please try again.
Continue Shopping
Go to Checkout
OK
Please make all selections above before adding to cart
OK
The following link can be shared to navigate to this page. You can select the link to copy or click the 'Copy To Clipboard' button below.
Copy To Clipboard
Successfully Copied!
Invariant Subsemigroups of Lie Groups
Karl-Hermann Neeb 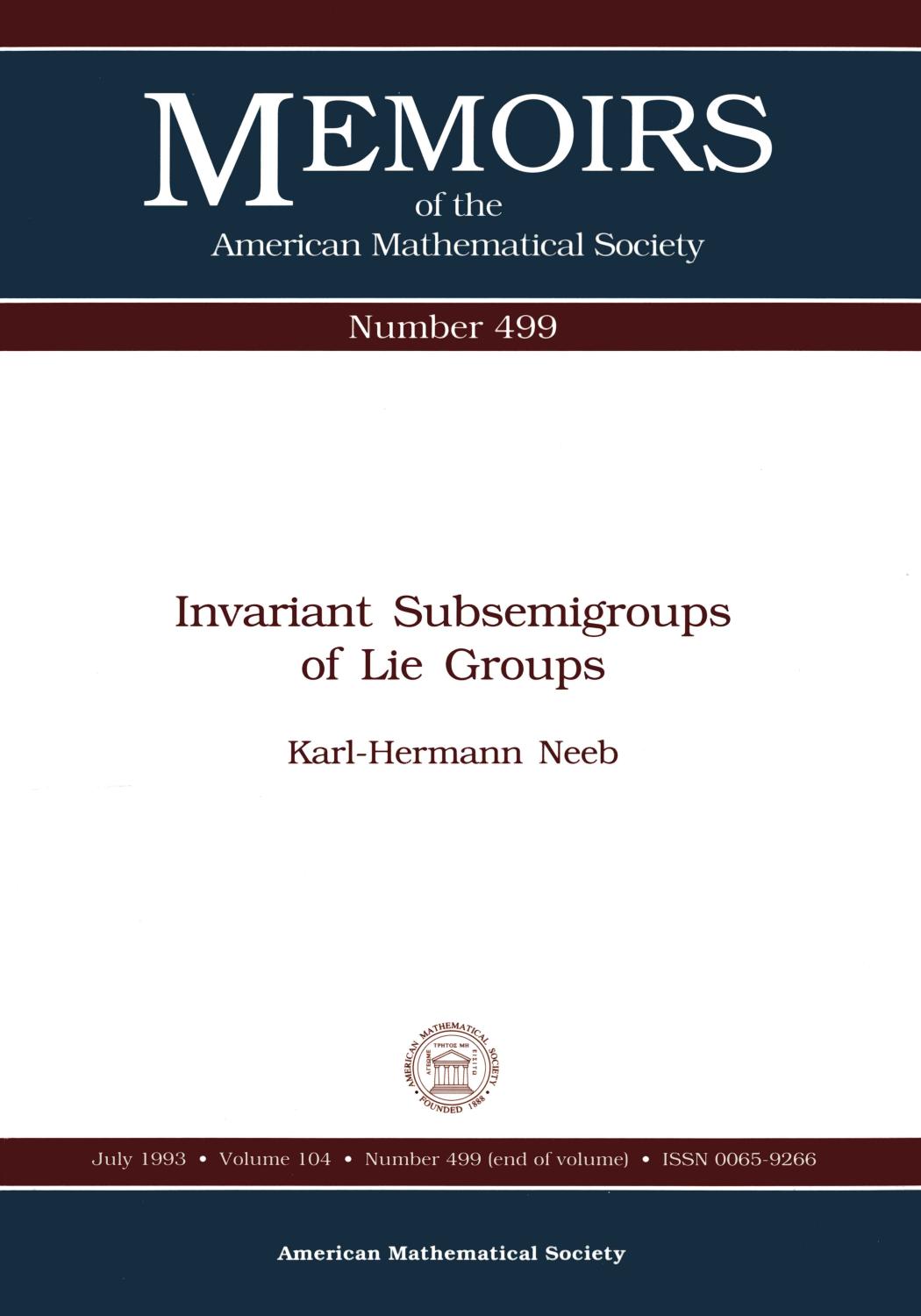 This work presents the first systematic treatment of invariant Lie semigroups. Because these semigroups provide interesting models for spacetimes in general relativity, this work will be useful to both mathematicians and physicists. It will also appeal to engineers interested in bi-invariant control systems on Lie groups. Neeb investigates closed invariant subsemigroups of Lie groups which are generated by one-parameter semigroups and the sets of infinitesimal generators of such semigroups—invariant convex cones in Lie algebras. In addition, a characterization of those finite-dimensional real Lie algebras containing such cones is obtained. The global part of the theory deals with globality problems (Lie's third theorem for semigroups), controllability problems, and the facial structure of Lie semigroups. Neeb also determines the structure of the universal compactification of an invariant Lie semigroup and shows that the lattice of idempotents is isomorphic to a lattice of faces of the cone dual to the cone of infinitesimal generators.

Mathematicians interested in the geometry of cones, semigroups, and their compactifications.