Item Successfully Added to Cart
An error was encountered while trying to add the item to the cart. Please try again.
Continue Shopping
Go to Checkout
OK
Please make all selections above before adding to cart
OK
The following link can be shared to navigate to this page. You can select the link to copy or click the 'Copy To Clipboard' button below.
Copy To Clipboard
Successfully Copied!
Prime Ideals in Skew and $q$-Skew Polynomial Rings
K.R. Goodearl
E.S. Letzter 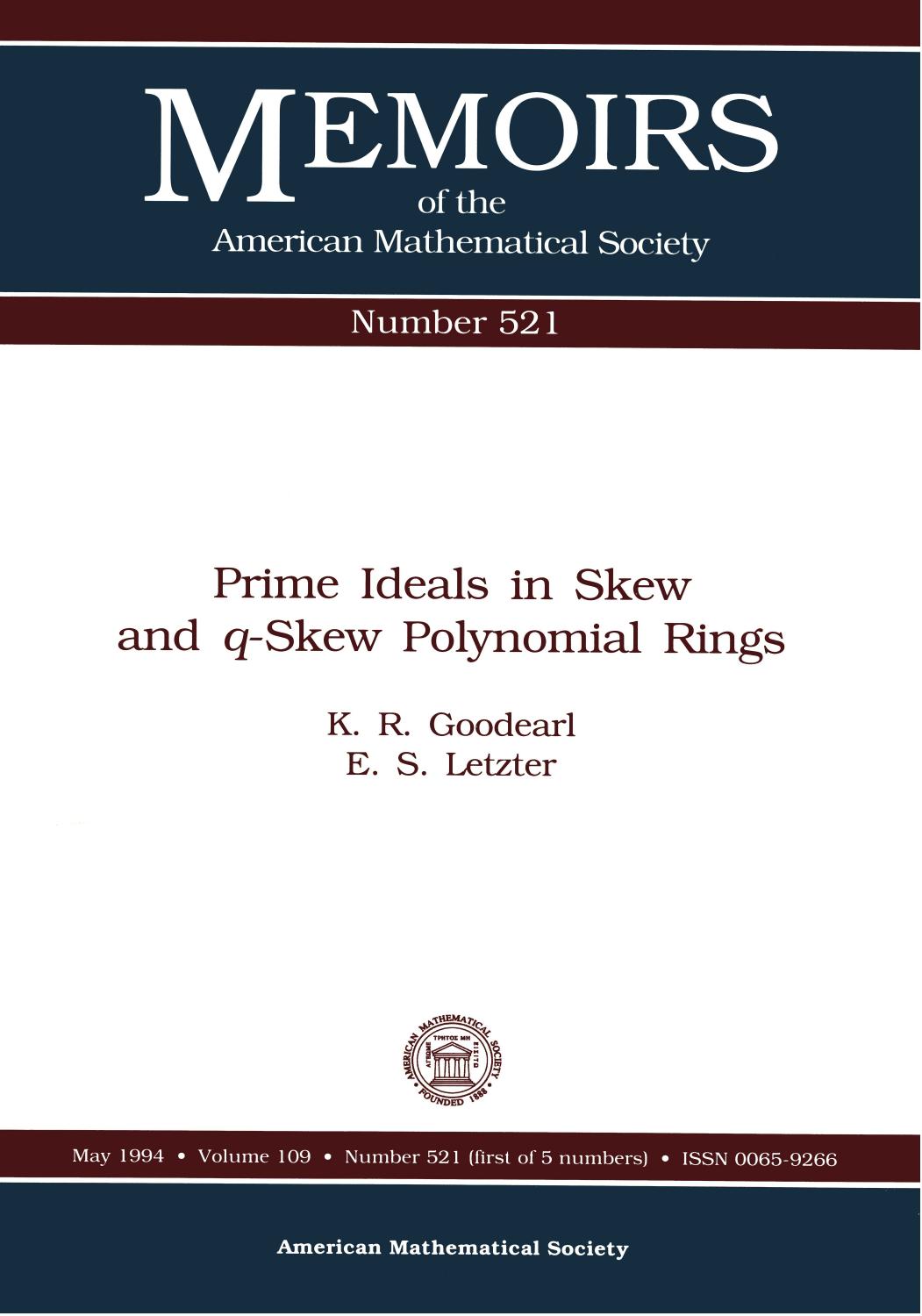 There has been continued interest in skew polynomial rings and related constructions since Ore's initial studies in the 1930s. New examples not covered by previous analyses have arisen in the current study of quantum groups. The aim of this work is to introduce and develop new techniques for understanding the prime ideals in skew polynomial rings \(S=R[y;\tau , \delta ]\), for automorphisms \(\tau\) and \(\tau\)-derivations \(\delta\) of a noetherian coefficient ring \(R\). Goodearl and Letzter give particular emphasis to the use of recently developed techniques from the theory of noncommutative noetherian rings. When \(R\) is an algebra over a field \(k\) on which \(\tau\) and \(\delta\) act trivially, a complete description of the prime ideals of \(S\) is given under the additional assumption that \(\tau ^{-1}\delta \tau = q\delta\) for some nonzero \(q\in k\). This last hypothesis is an abstraction of behavior found in many quantum algebras, including \(q\)-Weyl algebras and coordinate rings of quantum matrices, and specific examples along these lines are considered in detail.