Item Successfully Added to Cart
An error was encountered while trying to add the item to the cart. Please try again.
Continue Shopping
Go to Checkout
OK
Please make all selections above before adding to cart
OK
The following link can be shared to navigate to this page. You can select the link to copy or click the 'Copy To Clipboard' button below.
Copy To Clipboard
Successfully Copied!
Intersection Pairings on Conley Indices
Henry L. Kurland 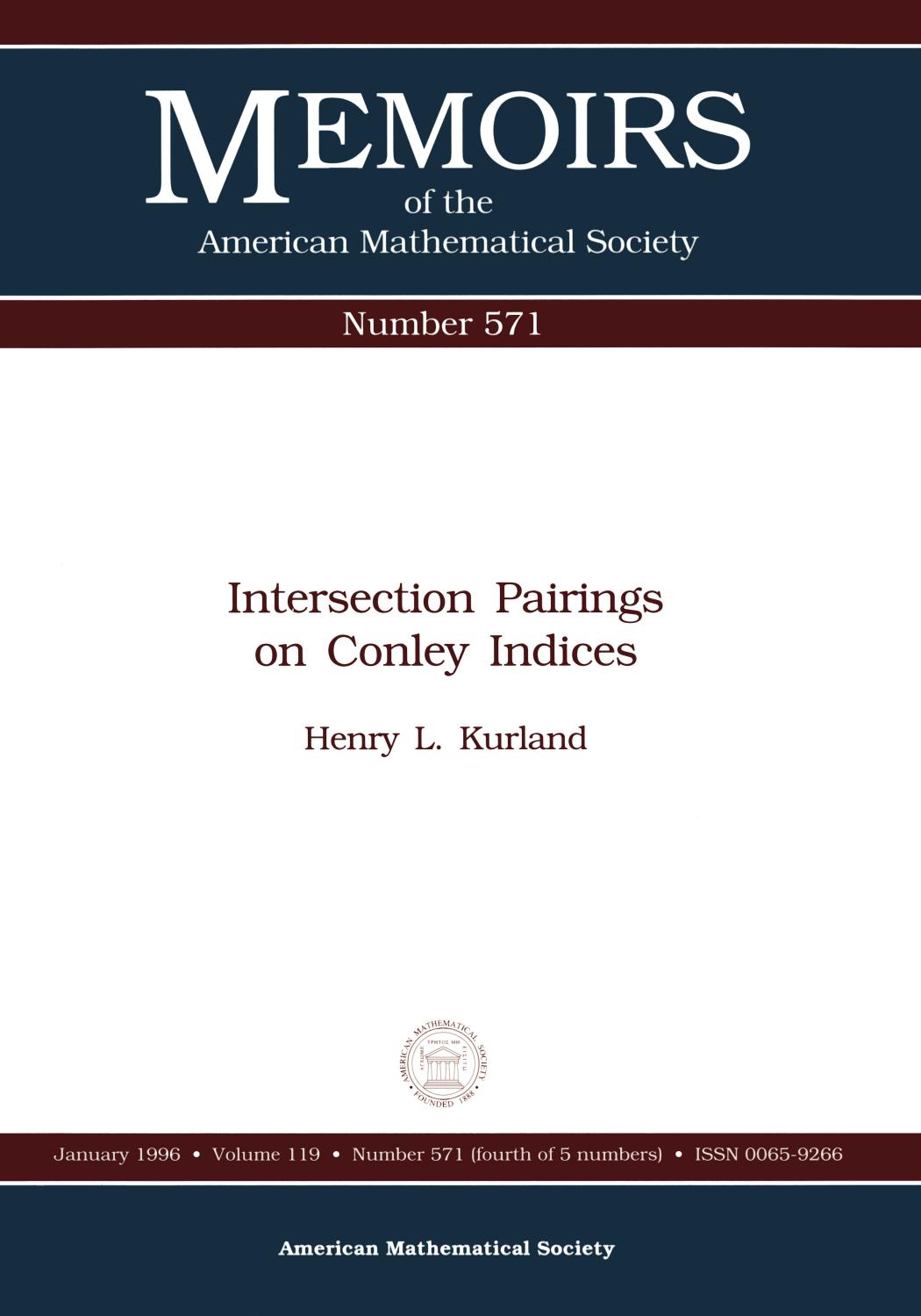 Given an isolated invariant set of a flow on a manifold of dimension \(m\) oriented over a PID \(R\), Kurland defines an intersection class pairing of degree \(-m\) on the tensor product of the singular homology modules of the forward and reverse time Conley indices of the isolated invariant set with values in the Čech homology of the invariant set. Restricting the pairing to elements of degree \(m\) results in an intersection number pairing that is invariant under continuation along a continuous path of flows and isolated invariant sets. More generally, the unrestricted pairing defines continuous lifts to a space of Čech homology classes along such a path. Further, when the homology modules of the Conley indices are torsion free, the intersection number pairing is non-singular. Also, the pairing associated to an isolated invariant set of a product flow is, modulo torsion, the product (up to sign) of the pairings associated to the factor isolated invariant sets. Intersection classes of lowest and highest dimension are computed for any \(R\)-orientable, normally hyperbolic invariant submanifold whose expanding and contracting normal subbundles are also \(R\)-orientable. These computations yield, due to dimensionable considerations, a complete computation of the intersection class and number pairings for hyperbolic critical points and hyperbolic closed orbits. Application is made in an appendix to the existence of solution of a class of singularly perturbed two-point boundary value problems such problems having provided strong motivation for the present study.