Item Successfully Added to Cart
An error was encountered while trying to add the item to the cart. Please try again.
Continue Shopping
Go to Checkout
OK
Please make all selections above before adding to cart
OK
The following link can be shared to navigate to this page. You can select the link to copy or click the 'Copy To Clipboard' button below.
Copy To Clipboard
Successfully Copied!
The Real Positive Definite Completion Problem: Cycle Completability
Wayne W. Barrett :  Brigham Young University, Provo, UT
Charles R. Johnson :  College of William & Mary, Williamsburg, VA
Raphael Loewy :  Technion-Israel Institute of Technology, Haifa, Israel 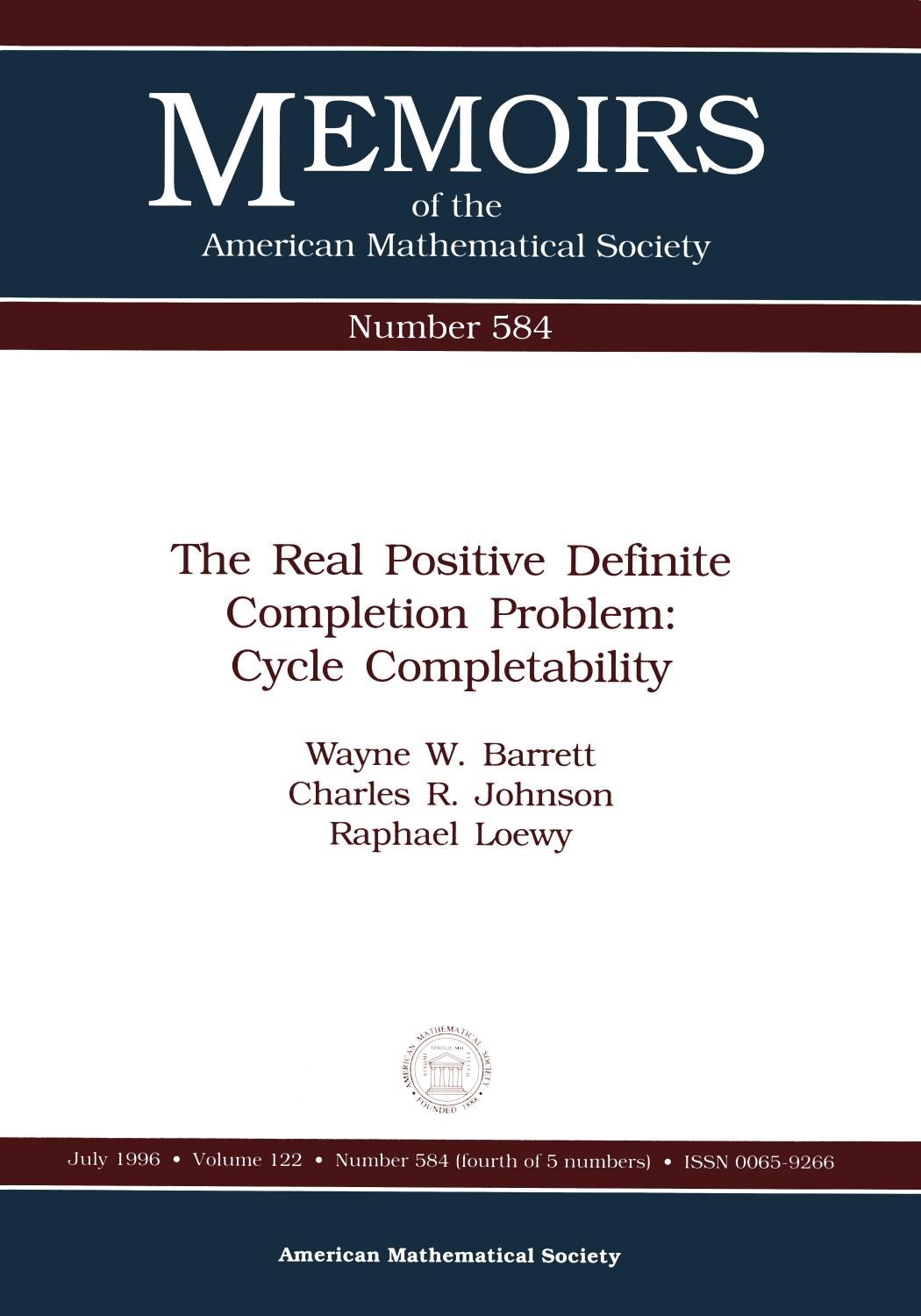 Given a partial symmetric matrix, the positive definite completion problem asks if the unspecified entries in the matrix can be chosen so as to make the resulting matrix positive definite. Applications include probability and statistics, image enhancement, systems engineering, geophysics, and mathematical programming. The positive definite completion problem can also be viewed as a mechanism for addressing a fundamental problem in Euclidean geometry: which potential geometric configurations of vectors (i.e., configurations with angles between some vectors specified) are realizable in a Euclidean space. The positions of the specified entries in a partial matrix are naturally described by a graph. The question of existence of a positive definite completion was previously solved completely for the restrictive class of chordal graphs and this work solves the problem for the class of cycle completable graphs, a significant generalization of chordal graphs. These are the graphs for which knowledge of completability for induced cycles (and cliques) implies completability of partial symmetric matrices with the given graph.

Graduate students and research mathematicians interested in graphs and matrices.