Item Successfully Added to Cart
An error was encountered while trying to add the item to the cart. Please try again.
Continue Shopping
Go to Checkout
OK
Please make all selections above before adding to cart
OK
The following link can be shared to navigate to this page. You can select the link to copy or click the 'Copy To Clipboard' button below.
Copy To Clipboard
Successfully Copied!
The Operator Hilbert Space $OH$, Complex Interpolation and Tensor Norms
Gilles Pisier :  Texas A&M University, College Station, TX and University of Paris VI, France 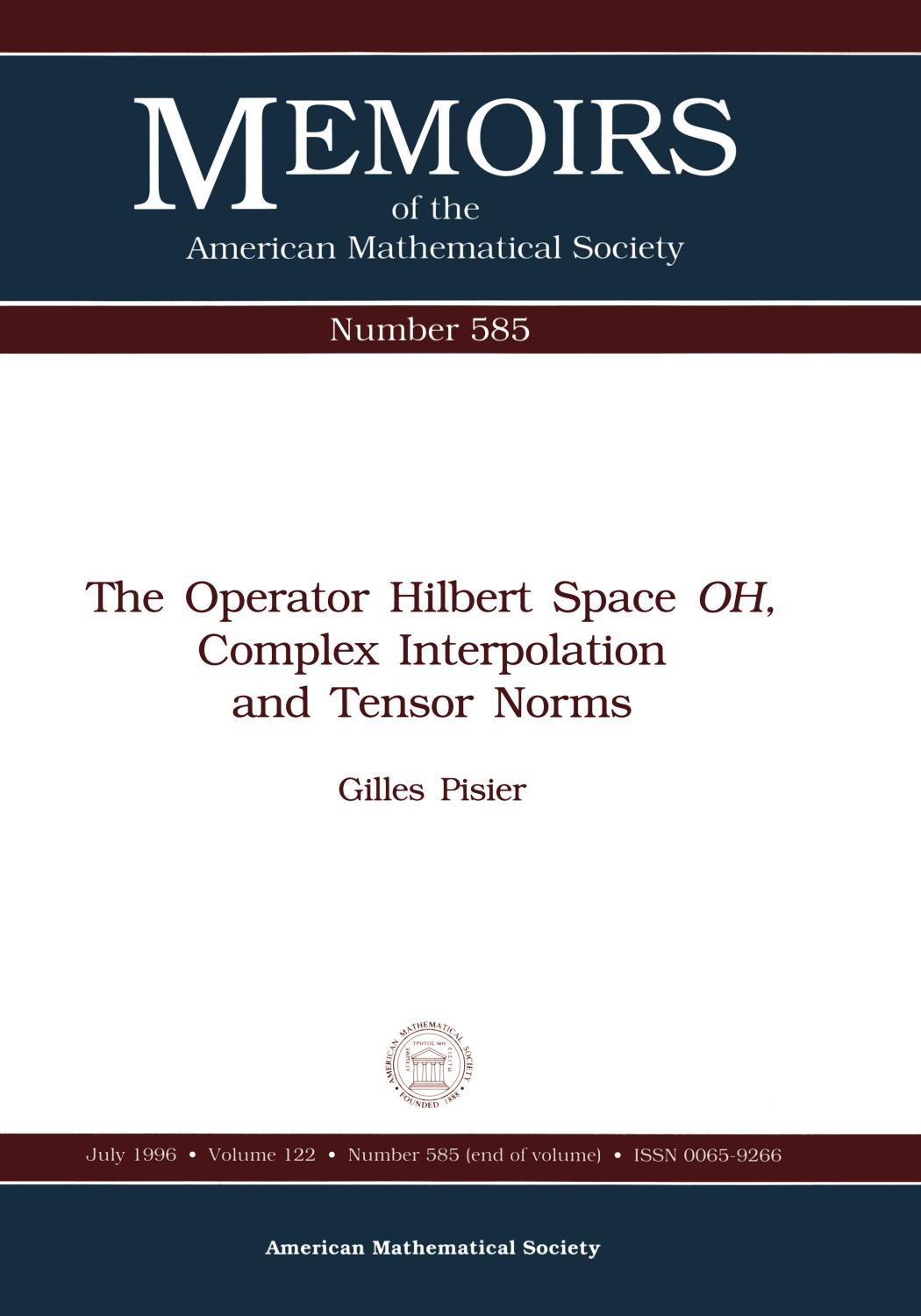 In the recently developed duality theory of operator spaces (as developed by Effros-Ruan and Blecher-Paulsen) bounded operators are replaced by completely bounded ones, isomorphisms by complete isomorphisms, and Banach spaces by operator spaces. This allows for distinguishing between the various ways in which a given Banach space can be embedded isometrically into \(B(H)\) (with \(H\) being Hilbert). In this new category, several operator spaces which are isomorphic (as Banach spaces) to a Hilbert space play an important role. For instance the row and column Hilbert spaces and several other examples appearing naturally in the construction of the Boson or Fermion Fock spaces have been studied extensively.

This new concept, called “the operator Hilbert space” and denoted by \(OH\), is introduced and thoroughly studied in this volume.