Item Successfully Added to Cart
An error was encountered while trying to add the item to the cart. Please try again.
Continue Shopping
Go to Checkout
OK
Please make all selections above before adding to cart
OK
The following link can be shared to navigate to this page. You can select the link to copy or click the 'Copy To Clipboard' button below.
Copy To Clipboard
Successfully Copied!
The Structure of $k$-$CS$- Transitive Cycle-Free Partial Orders
Richard Warren :  University of Leeds, England 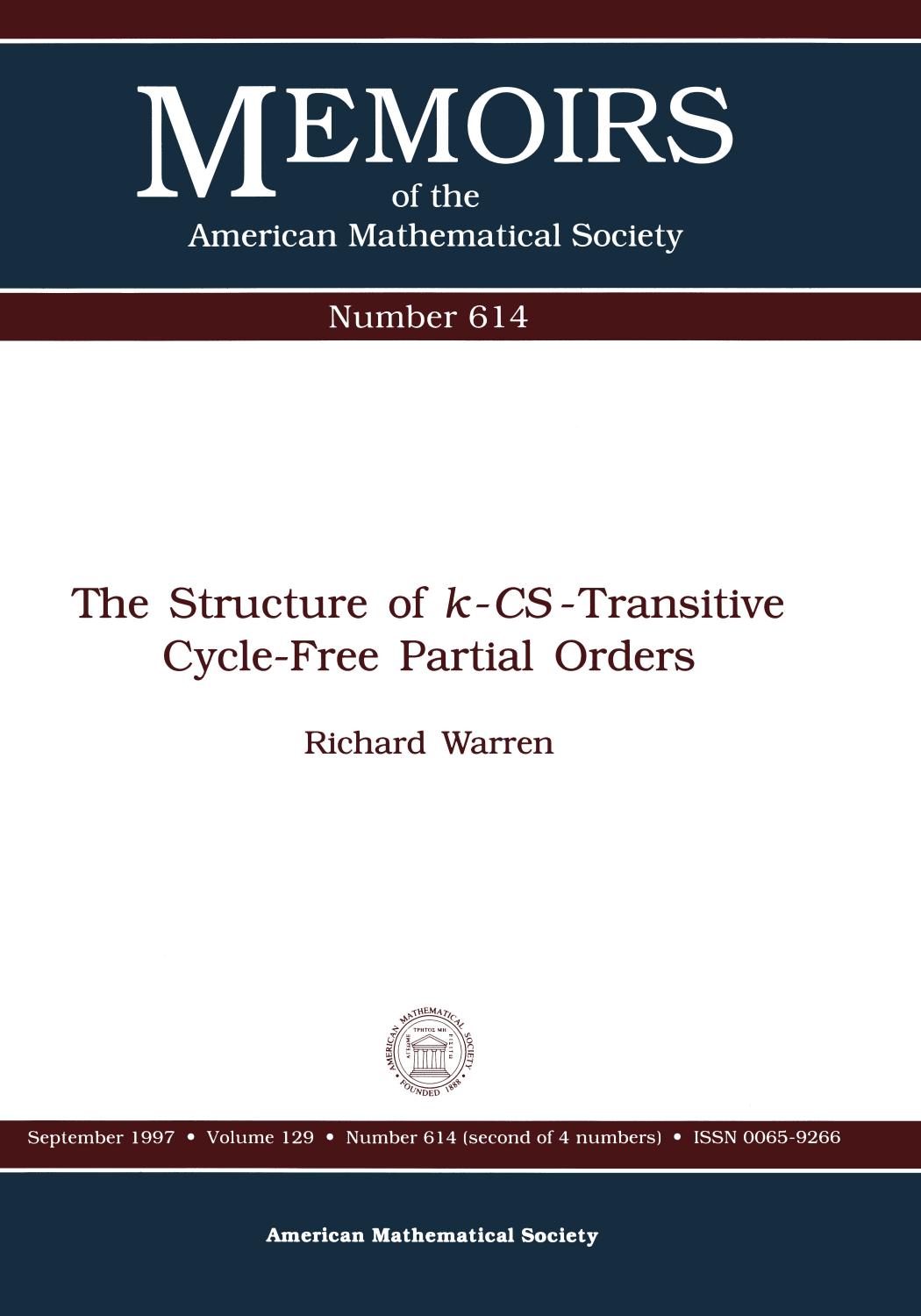 The class of cycle-free partial orders (CFPOs) is defined, and the CFPOs fulfilling a natural transitivity assumption, called \(k\)-connected set transitivity (\(k\)-\(CS\)-transitivity), are analyzed in some detail. Classification in many of the interesting cases is given. This work generalizes Droste's classification of the countable \(k\)-transitive trees (\(k \geq 2\)). In a CFPO, the structure can branch downwards as well as upwards, and can do so repeatedly (though it never returns to the starting point by a cycle). Mostly it is assumed that \(k \geq 3\) and that all maximal chains are finite. The main classification splits into the sporadic and skeletal cases. The former is complete in all cardinalities. The latter is performed only in the countable case. The classification is considerably more complicated than for trees, and skeletal CFPOs exhibit rich, elaborate and rather surprising behavior.