Item Successfully Added to Cart
An error was encountered while trying to add the item to the cart. Please try again.
Continue Shopping
Go to Checkout
OK
Please make all selections above before adding to cart
OK
The following link can be shared to navigate to this page. You can select the link to copy or click the 'Copy To Clipboard' button below.
Copy To Clipboard
Successfully Copied!
Matching of Orbital Integrals on $GL(4)$ and $GSp(2)$
Yuval Z. Flicker :  Ohio State University, Columbus, OH 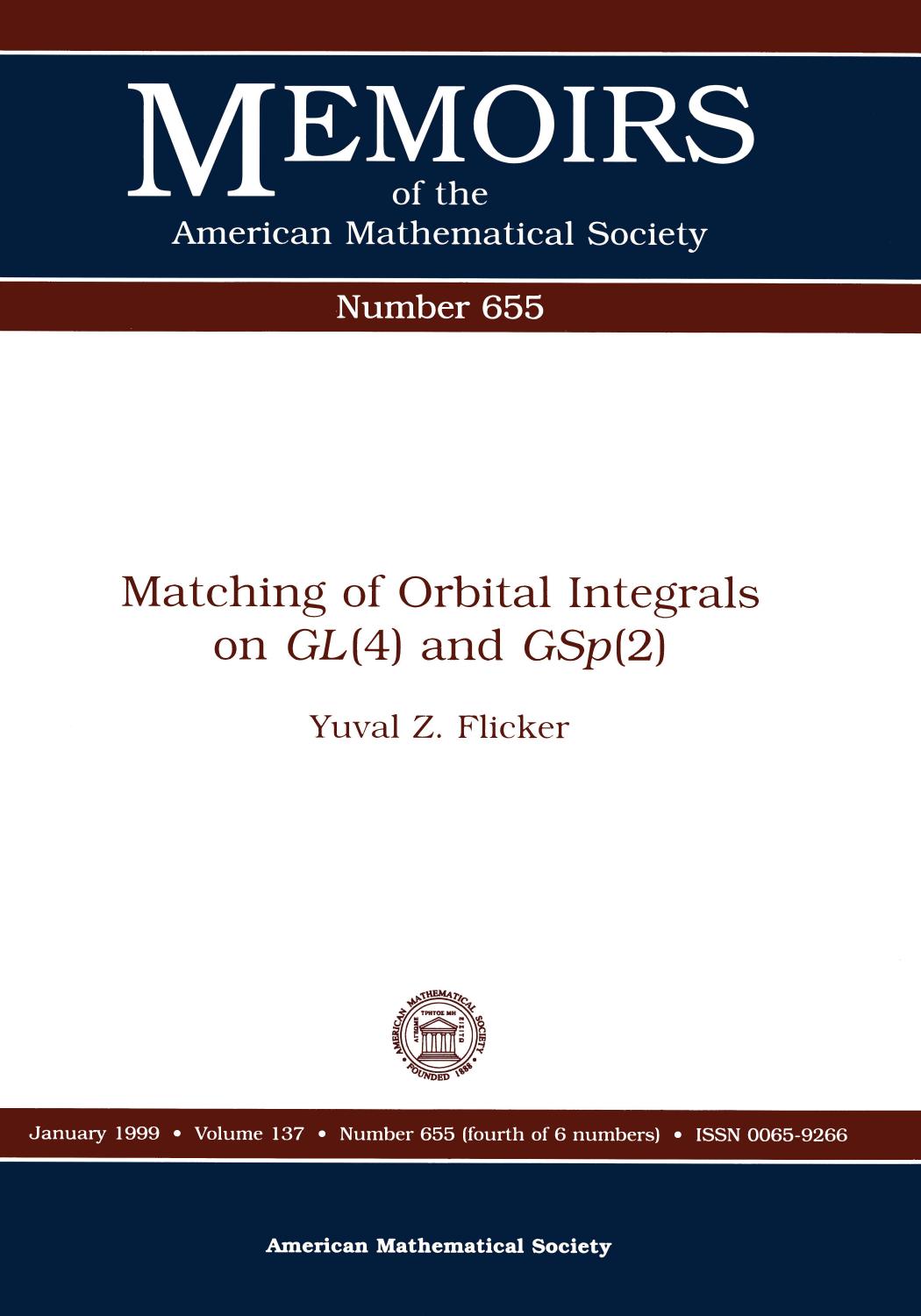 The trace formula is the most powerful tool currently available to establish liftings of automorphic forms, as predicted by Langlands principle of functionality. The geometric part of the trace formula consists of orbital integrals, and the lifting is based on the fundamental lemma. The latter is an identity of the relevant orbital integrals for the unit elements of the Hecke algebras.

This volume concerns a proof of the fundamental lemma in the classically most interesting case of Siegel modular forms, namely the symplectic group \(Sp(2)\). These orbital integrals are compared with those on \(GL(4)\), twisted by the transpose inverse involution. The technique of proof is elementary. Compact elements are decomposed into their absolutely semi-simple and topologically unipotent parts also in the twisted case; a double coset decomposition of the form \(H\backslash G/K\)—where H is a subgroup containing the centralizer—plays a key role.