Item Successfully Added to Cart
An error was encountered while trying to add the item to the cart. Please try again.
Continue Shopping
Go to Checkout
OK
Please make all selections above before adding to cart
OK
The following link can be shared to navigate to this page. You can select the link to copy or click the 'Copy To Clipboard' button below.
Copy To Clipboard
Successfully Copied!
Resolving Markov Chains onto Bernoulli Shifts via Positive Polynomials
Brian Marcus :  IBM Almaden Research Center, San Jose, CA
Selim Tuncel :  University of Washington, Seattle, WA 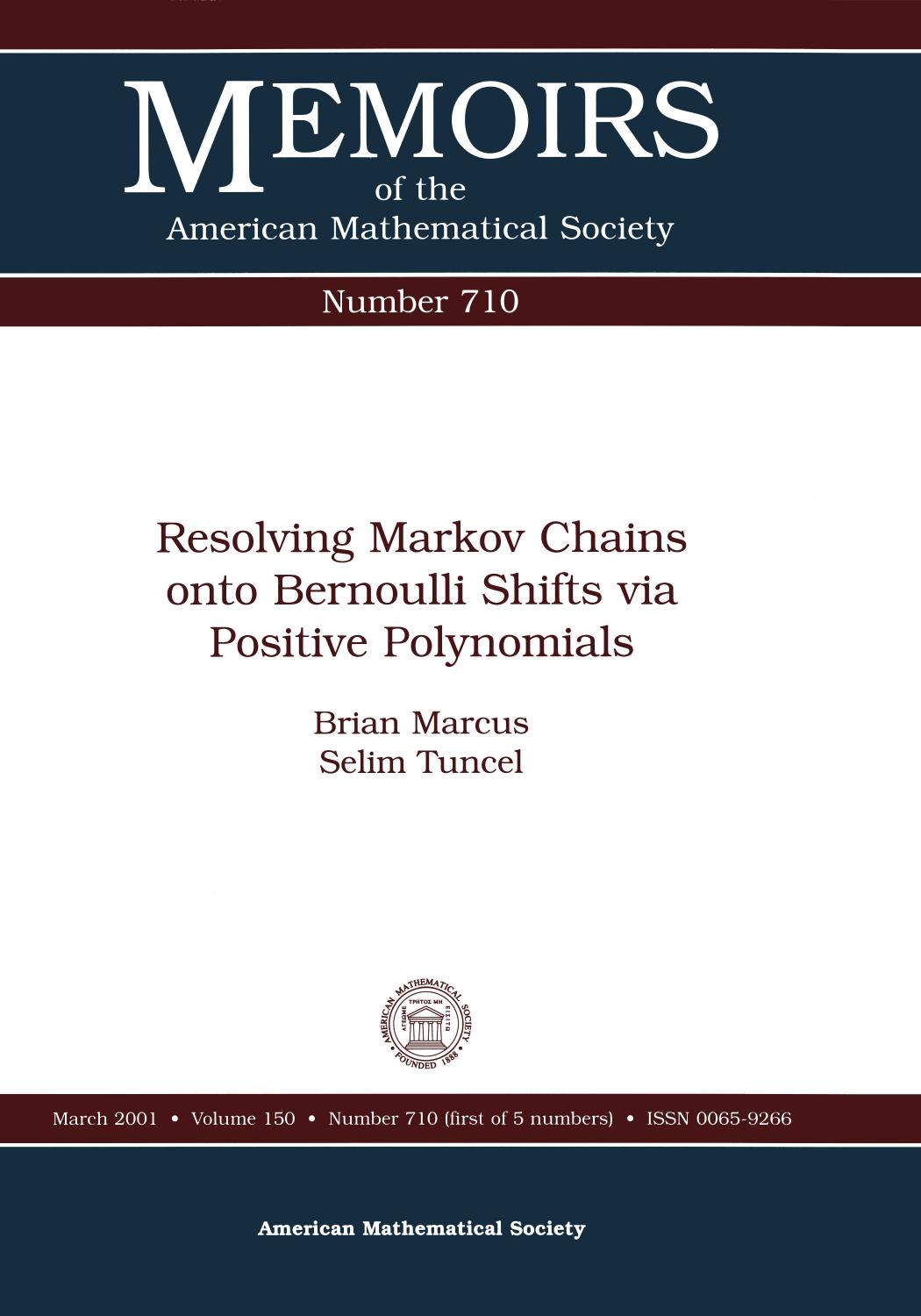 The two parts of this Memoir contain two separate but related papers. The longer paper in Part A obtains necessary and sufficient conditions for several types of codings of Markov chains onto Bernoulli shifts. It proceeds by replacing the defining stochastic matrix of each Markov chain by a matrix whose entries are polynomials with positive coefficients in several variables; a Bernoulli shift is represented by a single polynomial with positive coefficients, \(p\). This transforms jointly topological and measure-theoretic coding problems into combinatorial ones. In solving the combinatorial problems in Part A, we state and make use of facts from Part B concerning \(p^n\) and its coefficients.

Part B contains the shorter paper on \(p^n\) and its coefficients, and is independent of Part A.

An announcement describing the contents of this Memoir may be found in the Electronic Research Announcements of the AMS at the following Web address:

Graduate students and research mathematicians working in measure and integration.