Item Successfully Added to Cart
An error was encountered while trying to add the item to the cart. Please try again.
Continue Shopping
Go to Checkout
OK
Please make all selections above before adding to cart
OK
The following link can be shared to navigate to this page. You can select the link to copy or click the 'Copy To Clipboard' button below.
Copy To Clipboard
Successfully Copied!
Homotopy Theory of Diagrams
Wojciech Chachólski :  Yale University, New Haven, CT
Jérôme Scherer :  Université de Lausanne, Lausanne, Switzerland 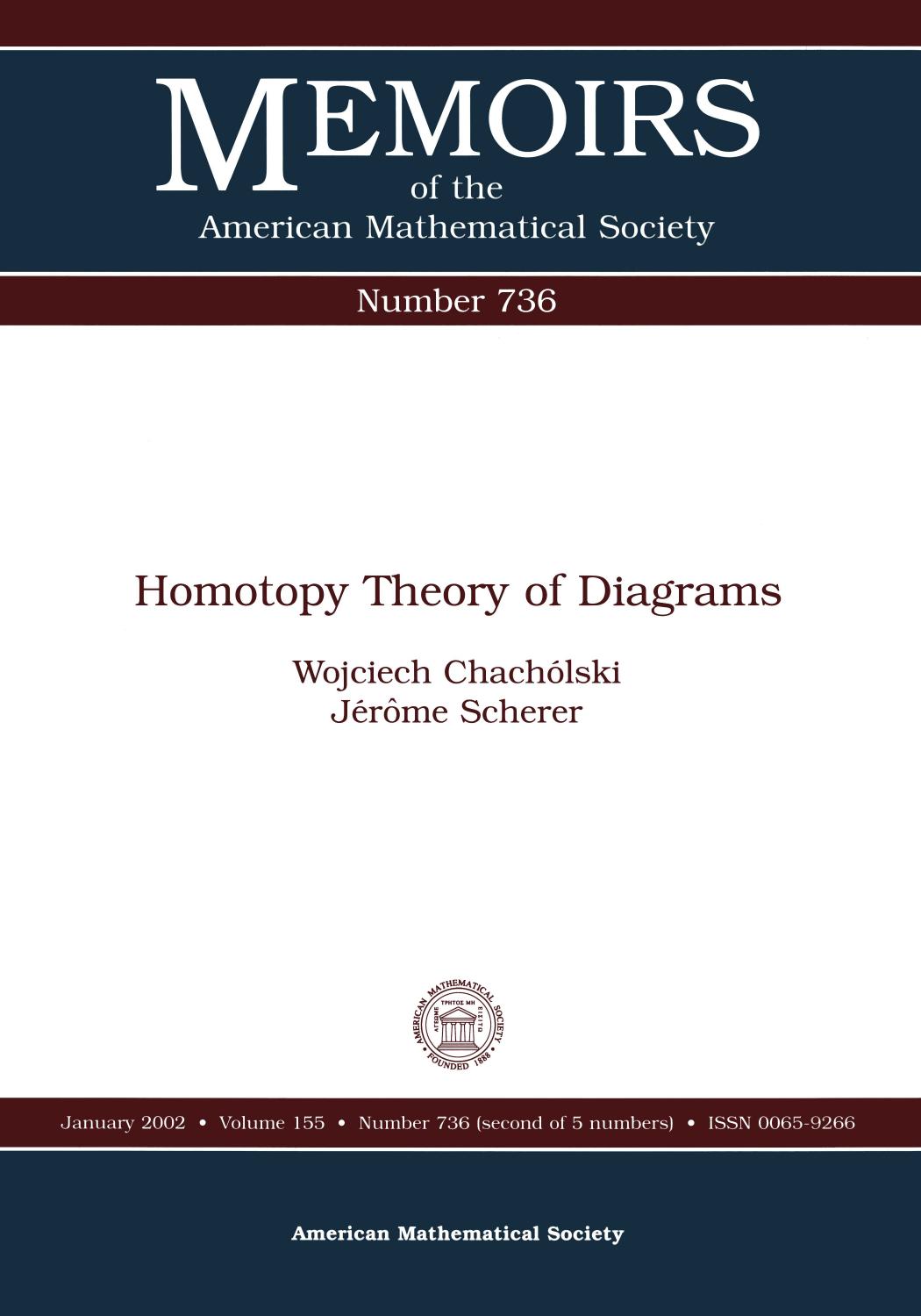 From the homotopy theoretical point of view categories with model approximations have similar properties to those of model categories. They admit homotopy categories (localizations with respect to weak equivalences). They also can be used to construct derived functors by taking the analogs of fibrant and cofibrant replacements.

A category with weak equivalences can have several useful model approximations. We take advantage of this possibility and in each situation choose one that suits our needs. In this way we prove all the fundamental properties of the homotopy colimit and limit: Fubini Theorem (the homotopy colimit -respectively limit- commutes with itself), Thomason's theorem about diagrams indexed by Grothendieck constructions, and cofinality statements. Since the model approximations we present here consist of certain functors “indexed by spaces”, the key role in all our arguments is played by the geometric nature of the indexing categories.