Item Successfully Added to Cart
An error was encountered while trying to add the item to the cart. Please try again.
Continue Shopping
Go to Checkout
OK
Please make all selections above before adding to cart
OK
The following link can be shared to navigate to this page. You can select the link to copy or click the 'Copy To Clipboard' button below.
Copy To Clipboard
Successfully Copied!
Basic Global Relative Invariants for Homogeneous Linear Differential Equations
Roger Chalkley :  University of Cincinnatti, Cincinnati, OH 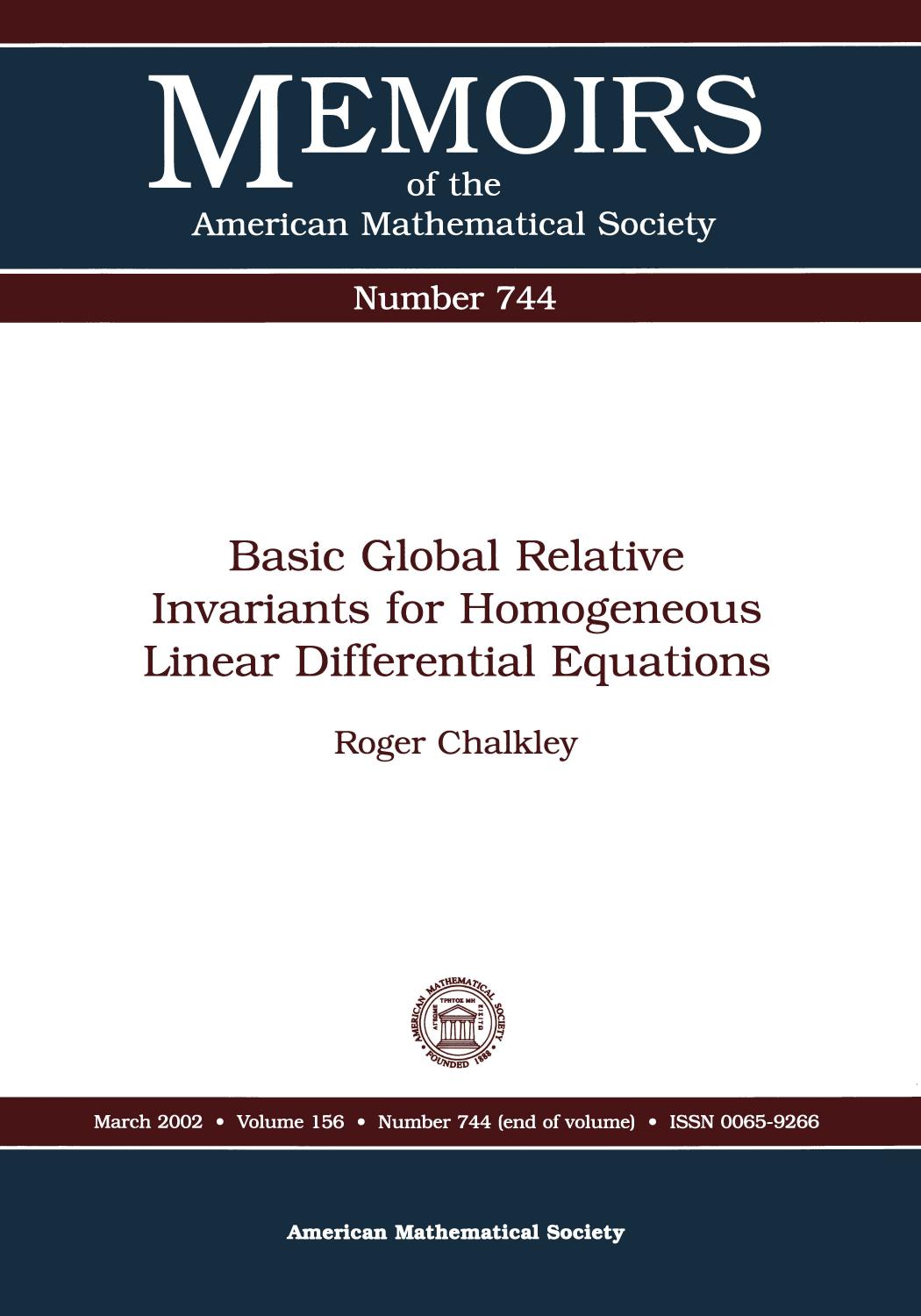 Given any fixed integer \(m \ge 3\), we present simple formulas for \(m - 2\) algebraically independent polynomials over \(\mathbb{Q}\) having the remarkable property, with respect to transformations of homogeneous linear differential equations of order \(m\), that each polynomial is both a semi-invariant of the first kind (with respect to changes of the dependent variable) and a semi-invariant of the second kind (with respect to changes of the independent variable). These relative invariants are suitable for global studies in several different contexts and do not require Laguerre-Forsyth reductions for their evaluation. In contrast, all of the general formulas for basic relative invariants that have been proposed by other researchers during the last 113 years are merely local ones that are either much too complicated or require a Laguerre-Forsyth reduction for each evaluation. Unlike numerous studies of relative invariants from 1888 onward, our global approach completely avoids infinitesimal transformations and the compromised rigor associated with them. This memoir has been made completely self-contained in that the proofs for all of its main results are independent of earlier papers on relative invariants. In particular, rigorous proofs are included for several basic assertions from the 1880's that have previously been based on incomplete arguments.