Item Successfully Added to Cart
An error was encountered while trying to add the item to the cart. Please try again.
Continue Shopping
Go to Checkout
OK
Please make all selections above before adding to cart
OK
The following link can be shared to navigate to this page. You can select the link to copy or click the 'Copy To Clipboard' button below.
Copy To Clipboard
Successfully Copied!
Topological Invariants for Projection Method Patterns
Alan Forrest :  , Glasgow, Scotland
John Hunton :  University of Leicester, Leicester, England
Johannes Kellendonk :  Cardiff University, Cardiff, Wales 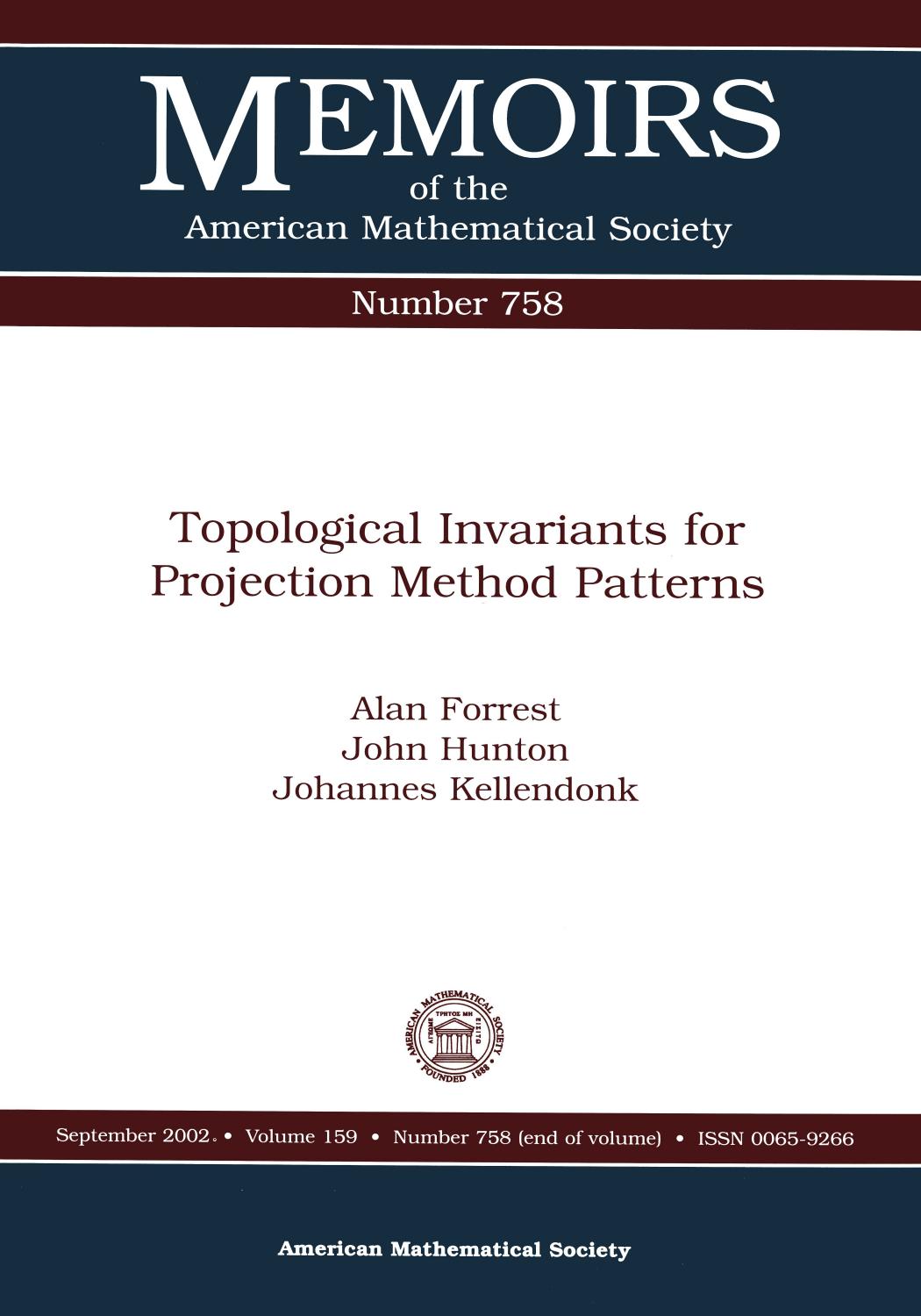 This memoir develops, discusses and compares a range of commutative and non-commutative invariants defined for projection method tilings and point patterns. The projection method refers to patterns, particularly the quasiperiodic patterns, constructed by the projection of a strip of a high dimensional integer lattice to a smaller dimensional Euclidean space. In the first half of the memoir the acceptance domain is very general — any compact set which is the closure of its interior — while in the second half we concentrate on the so-called canonical patterns. The topological invariants used are various forms of \(K\)-theory and cohomology applied to a variety of both \(C^*\)-algebras and dynamical systems derived from such a pattern.

The invariants considered all aim to capture geometric properties of the original patterns, such as quasiperiodicity or self-similarity, but one of the main motivations is also to provide an accessible approach to the the \(K_0\) group of the algebra of observables associated to a quasicrystal with atoms arranged on such a pattern.