Item Successfully Added to Cart
An error was encountered while trying to add the item to the cart. Please try again.
Continue Shopping
Go to Checkout
OK
Please make all selections above before adding to cart
OK
The following link can be shared to navigate to this page. You can select the link to copy or click the 'Copy To Clipboard' button below.
Copy To Clipboard
Successfully Copied!
Connectivity Properties of Group Actions on Non-Positively Curved Spaces
Robert Bieri :  University of Frankfurt, Frankfurt, Germany
Ross Geoghegan :  Binghamton University, Binghamton, NY 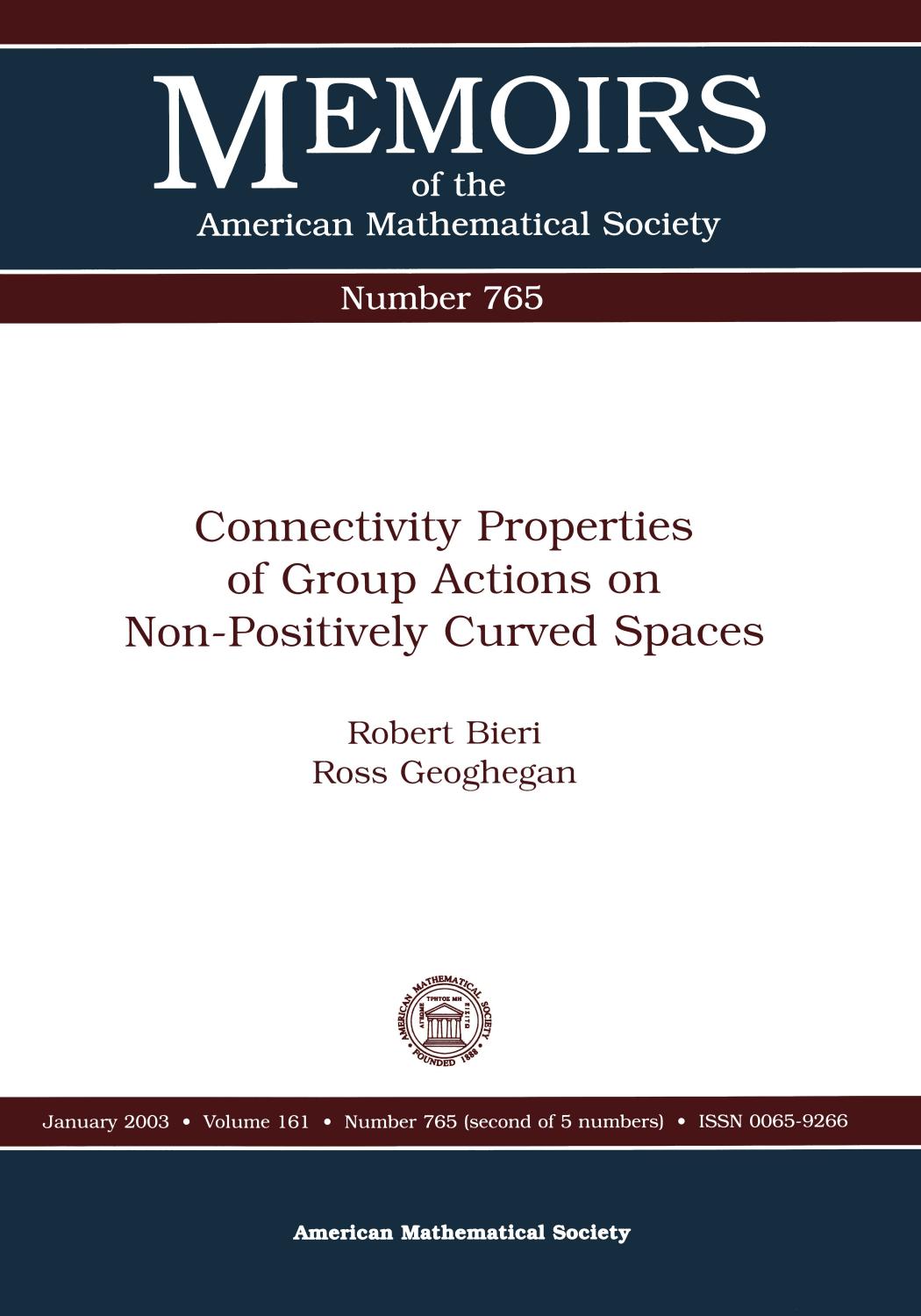 Generalizing the Bieri-Neumann-Strebel-Renz Invariants, this Memoir presents the foundations of a theory of (not necessarily discrete) actions \(\rho\) of a (suitable) group \(G\) by isometries on a proper CAT(0) space \(M\). The passage from groups \(G\) to group actions \(\rho\) implies the introduction of “Sigma invariants” \(\Sigma^k(\rho)\) to replace the previous \(\Sigma^k(G)\) introduced by those authors. Their theory is now seen as a special case of what is studied here so that readers seeking a detailed treatment of their theory will find it included here as a special case.

Examples discussed include: locally rigid actions, translation actions on vector spaces (especially those by metabelian groups), actions on trees (including those of \(S\)-arithmetic groups on Bruhat-Tits trees), and \(SL_2\) actions on the hyperbolic plane.