Item Successfully Added to Cart
An error was encountered while trying to add the item to the cart. Please try again.
Continue Shopping
Go to Checkout
OK
Please make all selections above before adding to cart
OK
The following link can be shared to navigate to this page. You can select the link to copy or click the 'Copy To Clipboard' button below.
Copy To Clipboard
Successfully Copied!
Anisotropic Hardy Spaces and Wavelets
Marcin Bownik :  University of Michigan, Ann Arbor, MI 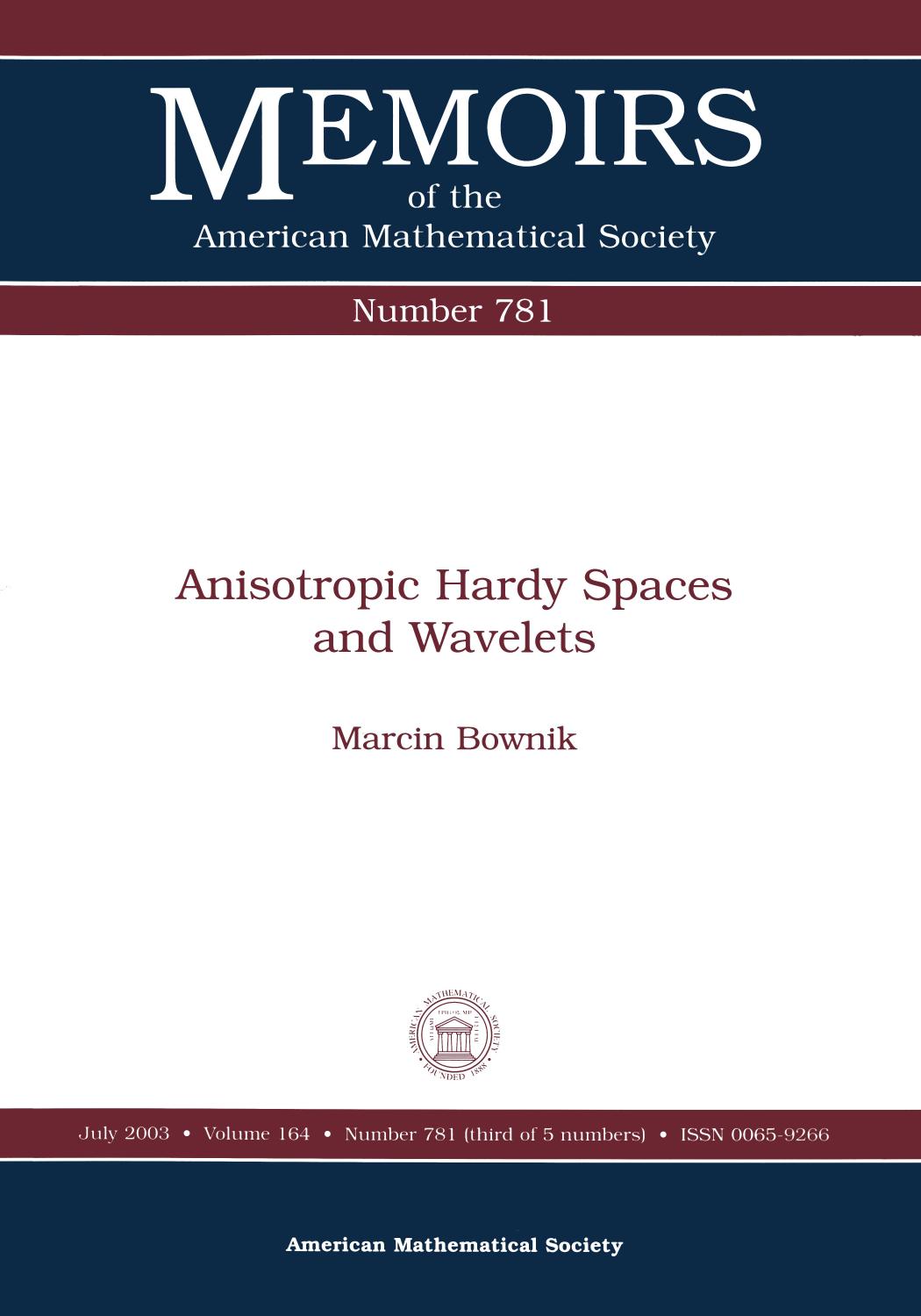 Anisotropic Hardy spaces enjoy the basic properties of the classical Hardy spaces. For example, it turns out that this definition does not depend on the choice of the test function \(\varphi\) as long as \(\int \varphi \not =0\). These spaces can be equivalently introduced in terms of grand, tangential, or nontangential maximal functions. We prove the Calderón-Zygmund decomposition which enables us to show the atomic decomposition of \(H^p_A\). As a consequence of atomic decomposition we obtain the description of the dual to \(H^p_A\) in terms of Campanato spaces. We provide a description of the natural class of operators acting on \(H^p_A\), i.e., Calderón-Zygmund singular integral operators. We also give a full classification of dilations generating the same space \(H^p_A\) in terms of spectral properties of \(A\).

In the second part of this paper we show that for every dilation \(A\) preserving some lattice and satisfying a particular expansiveness property there is a multiwavelet in the Schwartz class. We also show that for a large class of dilations (lacking this property) all multiwavelets must be combined minimally supported in frequency, and thus far from being regular. We show that \(r\)-regular (tight frame) multiwavelets form an unconditional basis (tight frame) for the anisotropic Hardy space \(H^p_A\). We also describe the sequence space characterizing wavelet coefficients of elements of the anisotropic Hardy space.