Item Successfully Added to Cart
An error was encountered while trying to add the item to the cart. Please try again.
Continue Shopping
Go to Checkout
OK
Please make all selections above before adding to cart
OK
The following link can be shared to navigate to this page. You can select the link to copy or click the 'Copy To Clipboard' button below.
Copy To Clipboard
Successfully Copied!
Locally Finite Root Systems
Ottmar Loos :  University of Innsbruck, Innsbruck, Austria
Erhard Neher :  University of Ottawa, Ottawa, ON, Canada 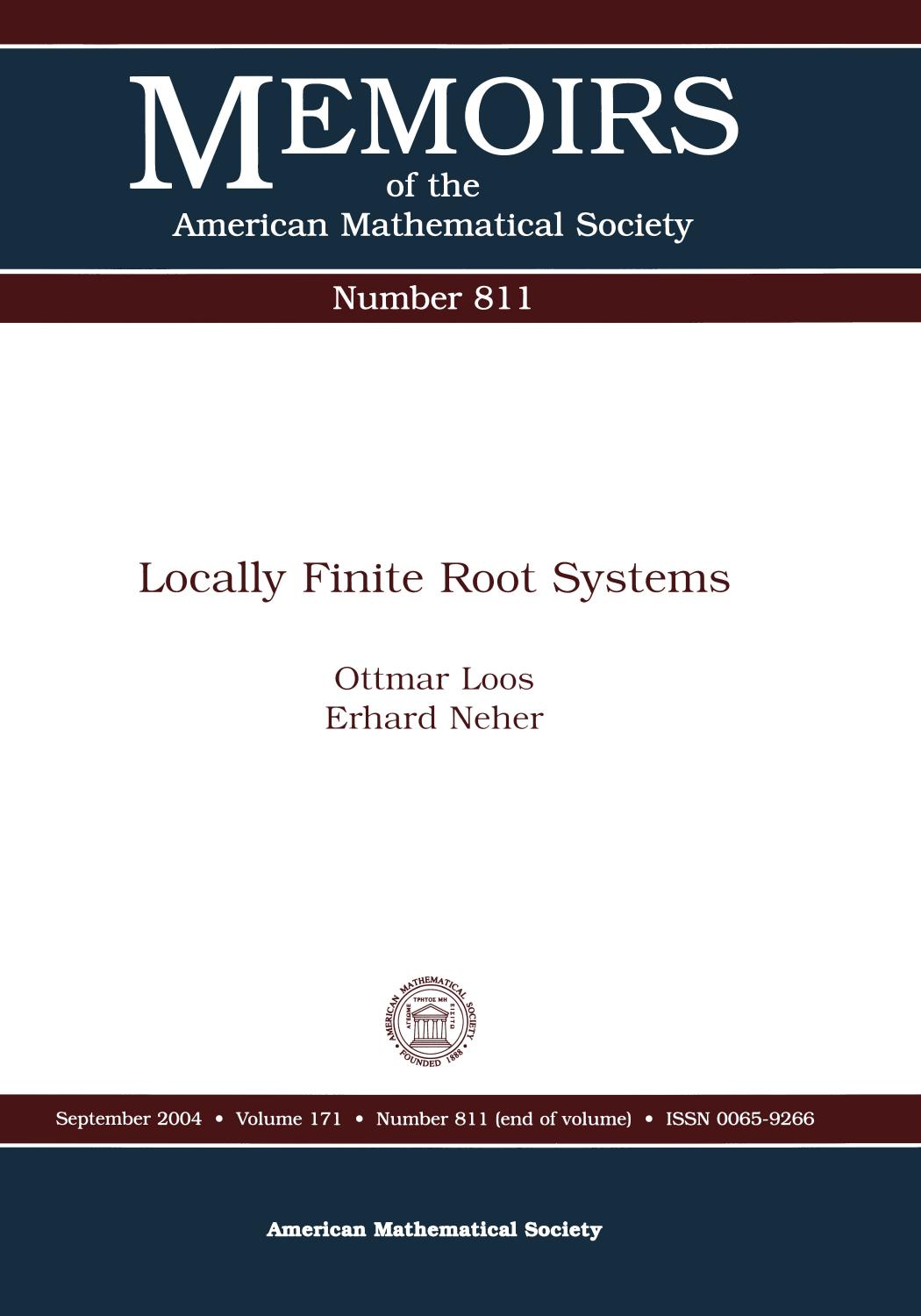 We develop the basic theory of root systems \(R\) in a real vector space \(X\) which are defined in analogy to the usual finite root systems, except that finiteness is replaced by local finiteness: The intersection of \(R\) with every finite-dimensional subspace of \(X\) is finite. The main topics are Weyl groups, parabolic subsets and positive systems, weights, and gradings.