Item Successfully Added to Cart
An error was encountered while trying to add the item to the cart. Please try again.
Continue Shopping
Go to Checkout
OK
Please make all selections above before adding to cart
OK
The following link can be shared to navigate to this page. You can select the link to copy or click the 'Copy To Clipboard' button below.
Copy To Clipboard
Successfully Copied!
Distribution Solutions of Nonlinear Systems of Conservation Laws
Michael Sever :  The Hebrew University, Jerusalem, Israel 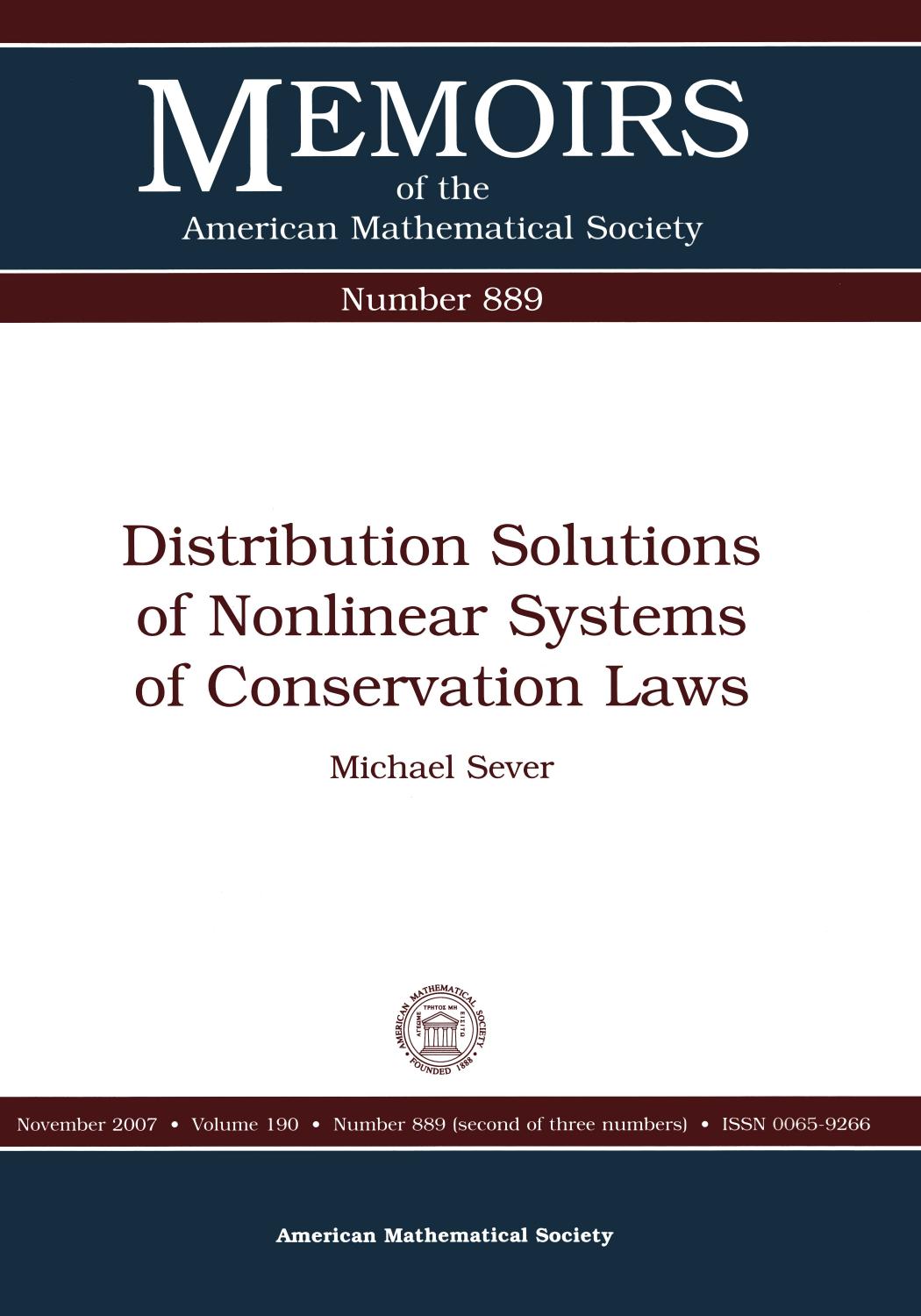 The local structure of solutions of initial value problems for nonlinear systems of conservation laws is considered. Given large initial data, there exist systems with reasonable structural properties for which standard entropy weak solutions cannot be continued after finite time, but for which weaker solutions, valued as measures at a given time, exist. At any given time, the singularities thus arising admit representation as weak limits of suitable approximate solutions in the space of measures with respect to the space variable.