Item Successfully Added to Cart
An error was encountered while trying to add the item to the cart. Please try again.
Continue Shopping
Go to Checkout
OK
Please make all selections above before adding to cart
OK
The following link can be shared to navigate to this page. You can select the link to copy or click the 'Copy To Clipboard' button below.
Copy To Clipboard
Successfully Copied!
Scattering Resonances for Several Small Convex Bodies and the Lax-Phillips Conjecture
Luchezar Stoyanov :  University of Western Australia, Crawley, Australia 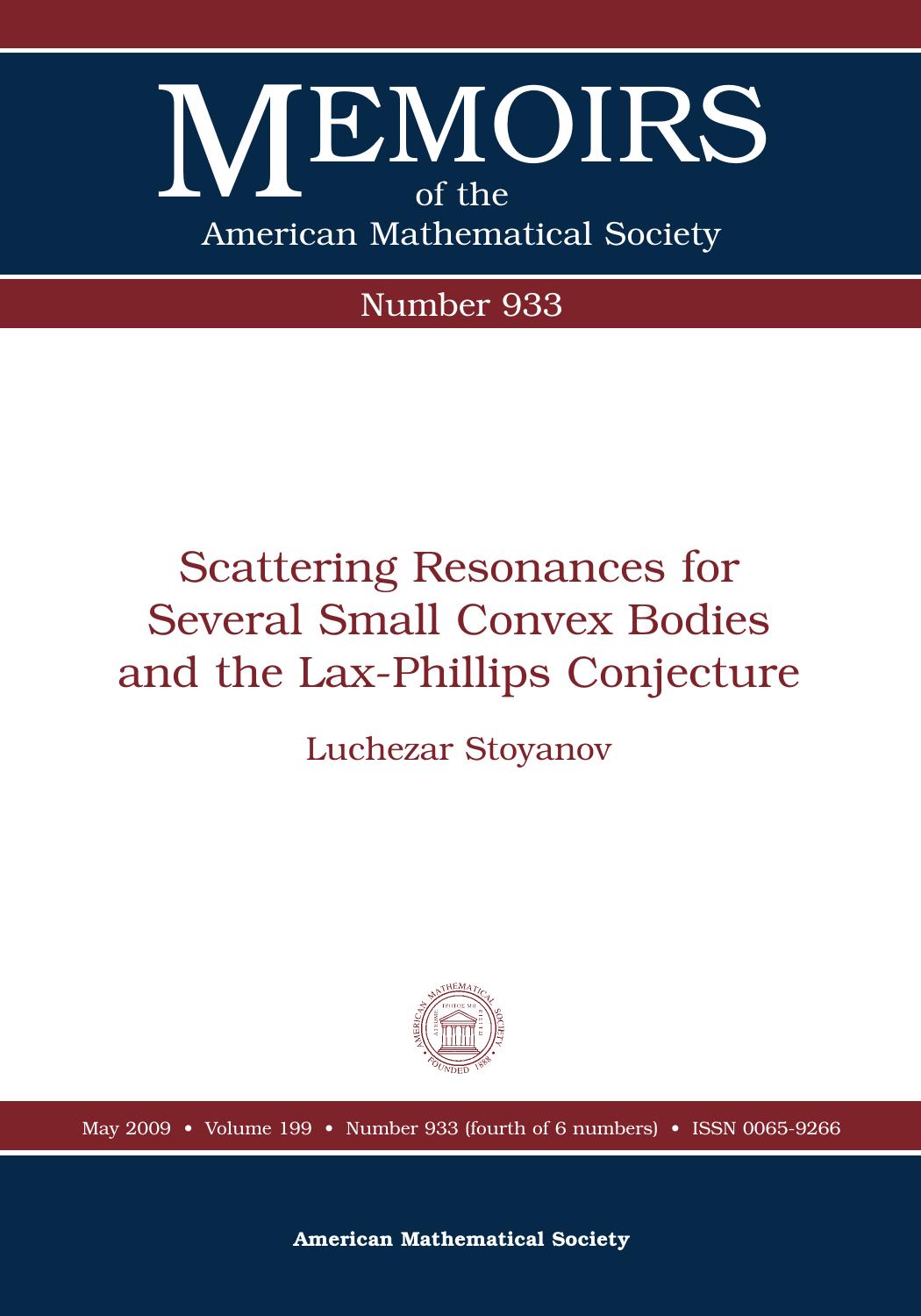 This work deals with scattering by obstacles which are finite disjoint unions of strictly convex bodies with smooth boundaries in an odd dimensional Euclidean space. The class of obstacles of this type is considered which are contained in a given (large) ball and have some additional properties: its connected components have bounded eccentricity, the distances between different connected components are bounded from below, and a uniform ‘no eclipse condition’ is satisfied. It is shown that if an obstacle K in this class has connected components of sufficiently small diameters, then there exists a horizontal strip near the real axis in the complex upper half-plane containing infinitely many scattering resonances (poles of the scattering matrix), i.e. the Modified Lax-Phillips Conjecture holds for such K. This generalizes a well-known result of M. Ikawa concerning balls with the same sufficiently small radius.