Item Successfully Added to Cart
An error was encountered while trying to add the item to the cart. Please try again.
Continue Shopping
Go to Checkout
OK
Please make all selections above before adding to cart
OK
The following link can be shared to navigate to this page. You can select the link to copy or click the 'Copy To Clipboard' button below.
Copy To Clipboard
Successfully Copied!
Rock Blocks
W. Turner :  University of Oxford, Oxford, England 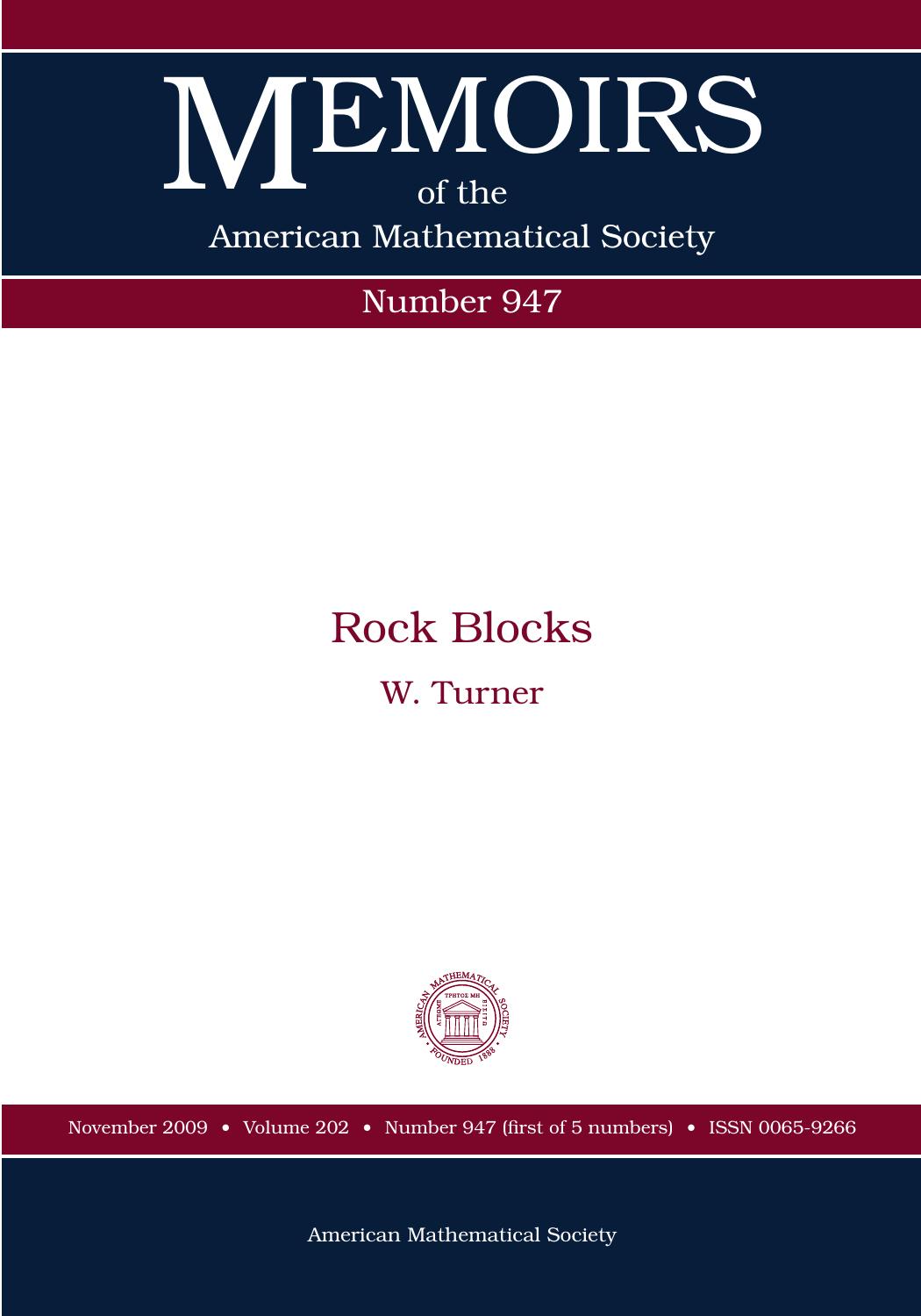 Consider representation theory associated to symmetric groups, or to Hecke algebras in type A, or to \(q\)-Schur algebras, or to finite general linear groups in non-describing characteristic. Rock blocks are certain combinatorially defined blocks appearing in such a representation theory, first observed by R. Rouquier. Rock blocks are much more symmetric than general blocks, and every block is derived equivalent to a Rock block. Motivated by a theorem of J. Chuang and R. Kessar in the case of symmetric group blocks of abelian defect, the author pursues a structure theorem for these blocks.