Item Successfully Added to Cart
An error was encountered while trying to add the item to the cart. Please try again.
Continue Shopping
Go to Checkout
OK
Please make all selections above before adding to cart
OK
The following link can be shared to navigate to this page. You can select the link to copy or click the 'Copy To Clipboard' button below.
Copy To Clipboard
Successfully Copied!
Regular Subgroups of Primitive Permutation Groups
Martin W. Liebeck :  Imperial College, London, England
Cheryl E. Praeger :  University of Western Australia, Crawley, Australia
Jan Saxl :  University of Cambridge, Cambridge, England 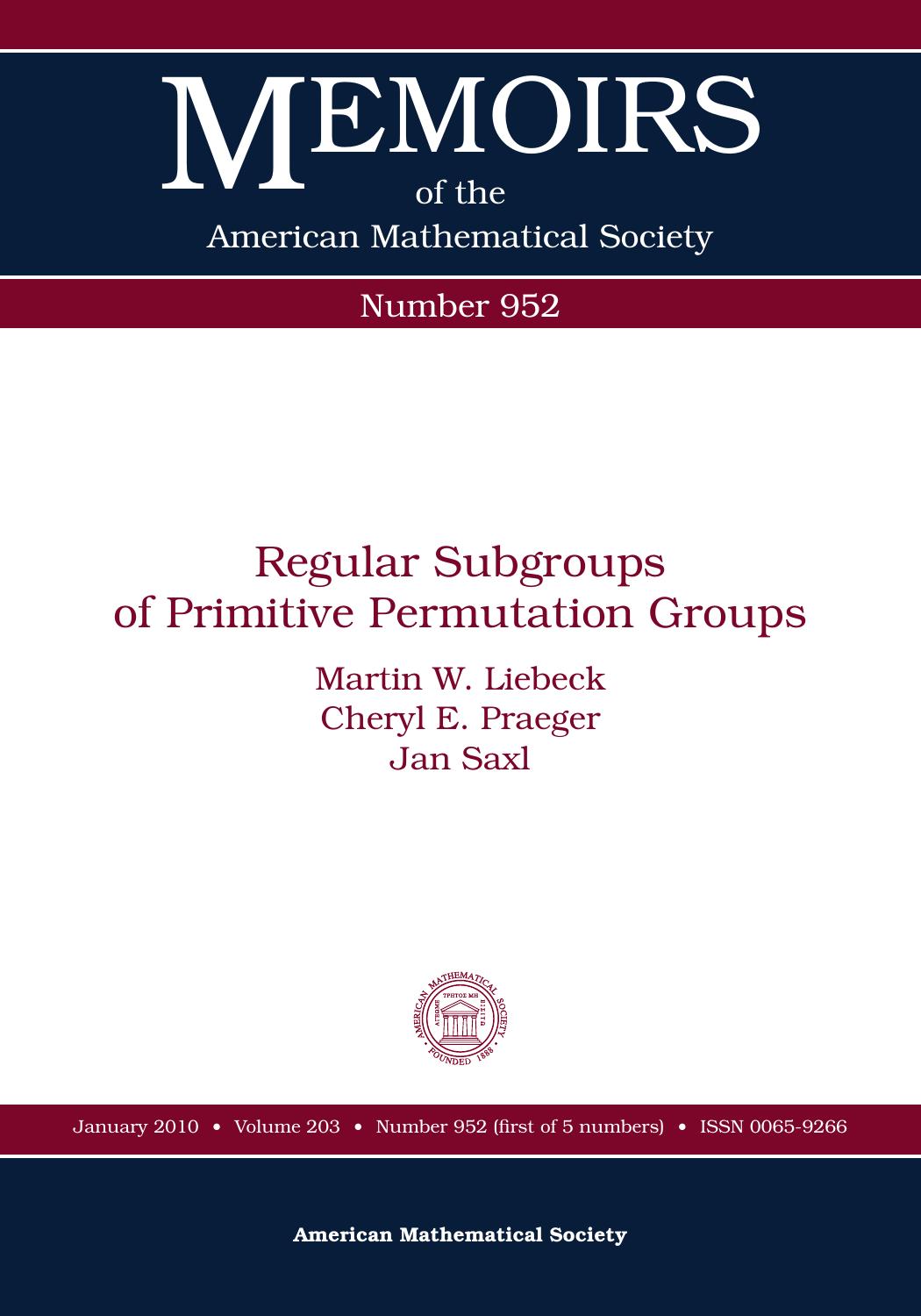 The authors address the classical problem of determining finite primitive permutation groups \(G\) with a regular subgroup \(B\). The main theorem solves the problem completely under the assumption that \(G\) is almost simple. While there are many examples of regular subgroups of small degrees, the list is rather short (just four infinite families) if the degree is assumed to be large enough, for example at least 30!. Another result determines all primitive groups having a regular subgroup which is almost simple. This has an application to the theory of Cayley graphs of simple groups.