Item Successfully Added to Cart
An error was encountered while trying to add the item to the cart. Please try again.
Continue Shopping
Go to Checkout
OK
Please make all selections above before adding to cart
OK
The following link can be shared to navigate to this page. You can select the link to copy or click the 'Copy To Clipboard' button below.
Copy To Clipboard
Successfully Copied!
Quasi-Actions on Trees II: Finite Depth Bass-Serre Trees
Lee Mosher :  Rutgers University, Newark, Newark, NJ
Michah Sageev :  Technion, Israel University of Technology, Haifa, Israel
Kevin Whyte :  University of Illinois at Chicago, Chicago, IL 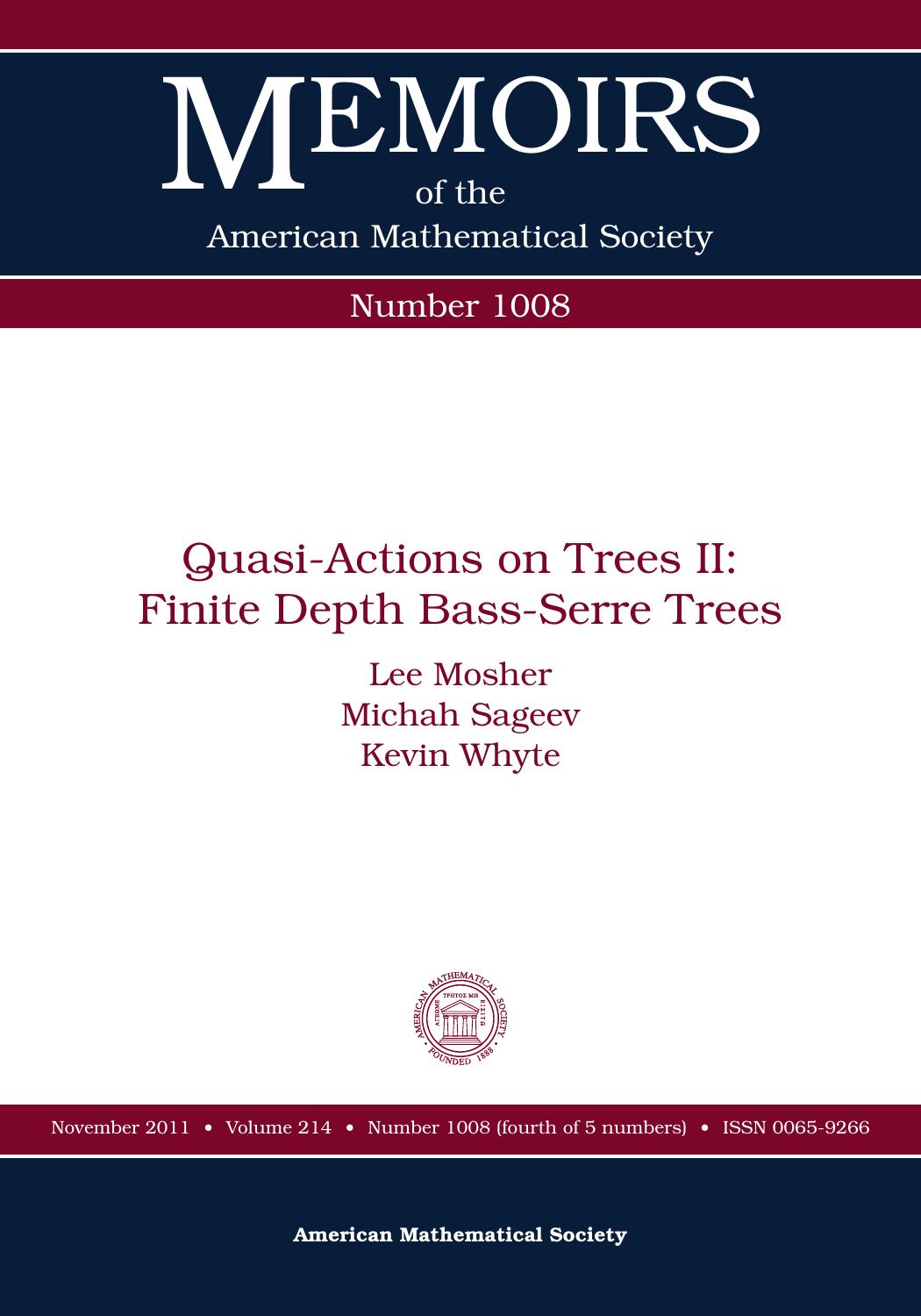 This paper addresses questions of quasi-isometric rigidity and classification for fundamental groups of finite graphs of groups, under the assumption that the Bass-Serre tree of the graph of groups has finite depth. The main example of a finite depth graph of groups is one whose vertex and edge groups are coarse Poincaré duality groups. The main theorem says that, under certain hypotheses, if \(\mathcal{G}\) is a finite graph of coarse Poincaré duality groups, then any finitely generated group quasi-isometric to the fundamental group of \(\mathcal{G}\) is also the fundamental group of a finite graph of coarse Poincaré duality groups, and any quasi-isometry between two such groups must coarsely preserve the vertex and edge spaces of their Bass-Serre trees of spaces.