Item Successfully Added to Cart
An error was encountered while trying to add the item to the cart. Please try again.
Continue Shopping
Go to Checkout
OK
Please make all selections above before adding to cart
OK
The following link can be shared to navigate to this page. You can select the link to copy or click the 'Copy To Clipboard' button below.
Copy To Clipboard
Successfully Copied!
Finite Order Automorphisms and Real Forms of Affine Kac-Moody Algebras in the Smooth and Algebraic Category
Ernst Heintze :  Universität Augsburg, Augsburg, Germany
Christian Groß :  Universität Augsburg, Augsburg, Germany 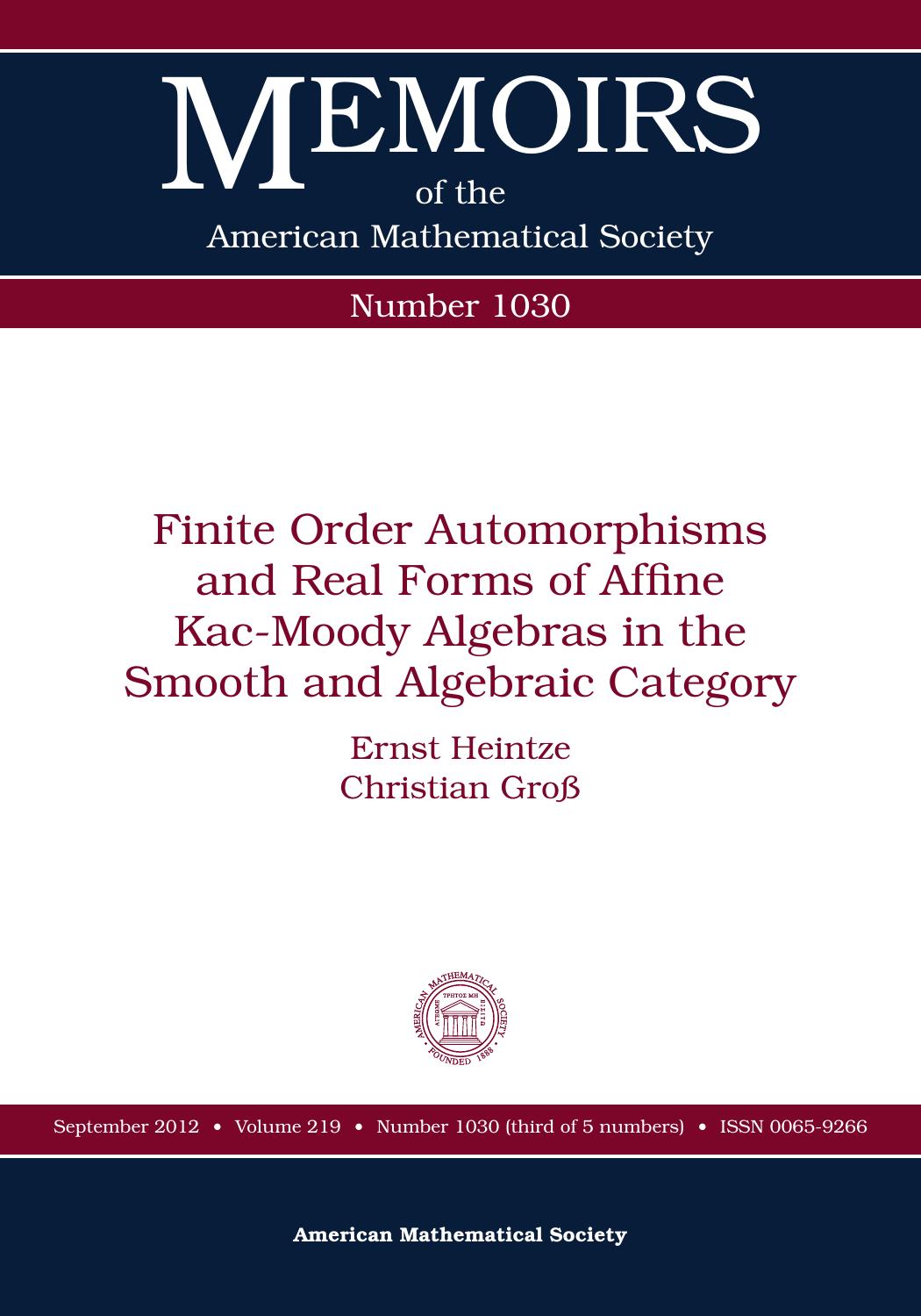 The authors show that their methods work equally well also in the algebraic case where the loops are assumed to have finite Fourier expansions.