Item Successfully Added to Cart
An error was encountered while trying to add the item to the cart. Please try again.
Continue Shopping
Go to Checkout
OK
Please make all selections above before adding to cart
OK
The following link can be shared to navigate to this page. You can select the link to copy or click the 'Copy To Clipboard' button below.
Copy To Clipboard
Successfully Copied!
The Regularity of General Parabolic Systems with Degenerate Diffusion
Verena Bögelein :  University of Erlangen Nuremberg, Erlangen, Germany
Frank Duzaar :  University of Erlangen Nuremberg, Erlangen, Germany
Giuseppe Mingione :  University of Parma, Parma, Italy 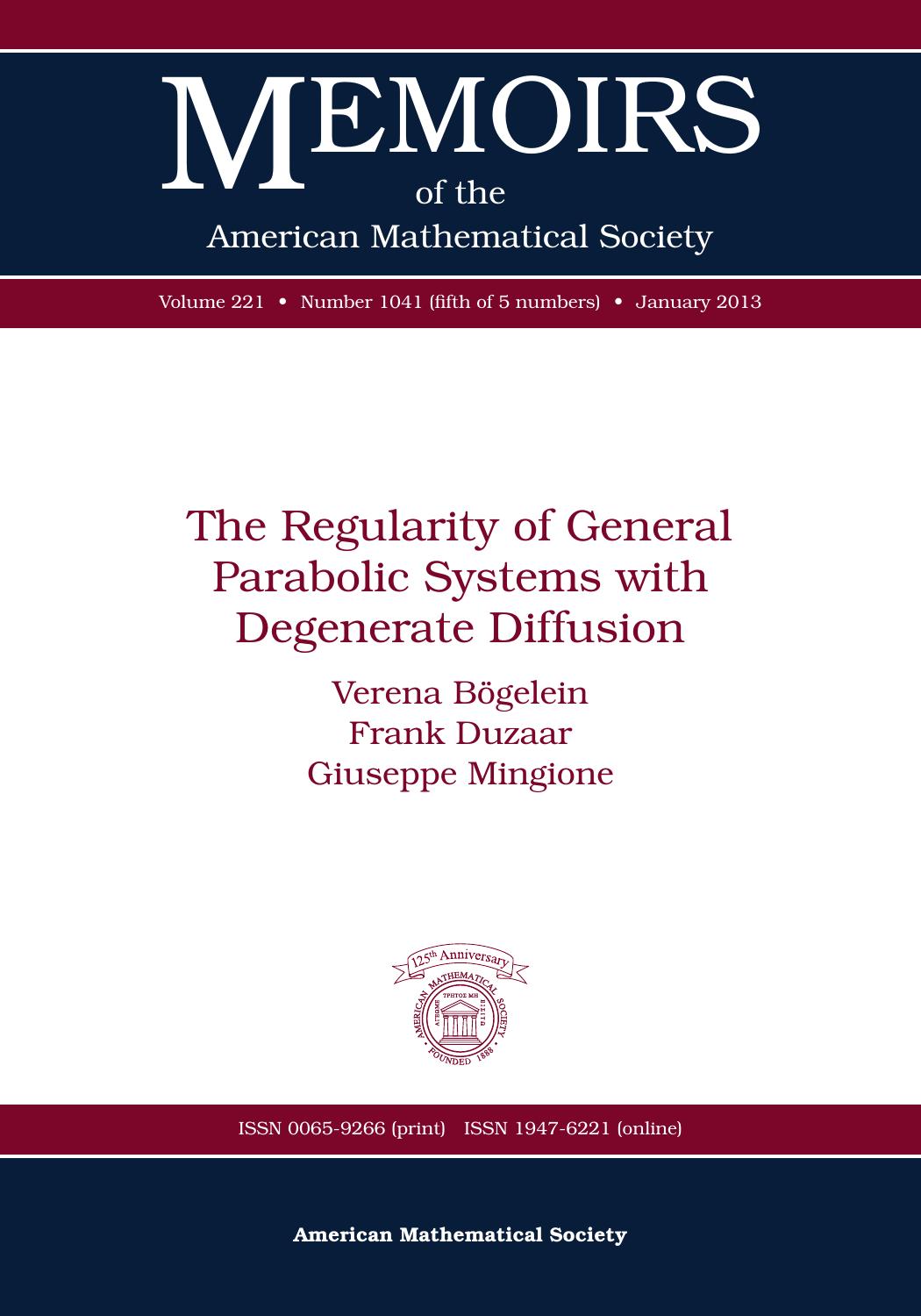 The aim of the paper is twofold. On one hand the authors want to present a new technique called \(p\)-caloric approximation, which is a proper generalization of the classical compactness methods first developed by DeGiorgi with his Harmonic Approximation Lemma. This last result, initially introduced in the setting of Geometric Measure Theory to prove the regularity of minimal surfaces, is nowadays a classical tool to prove linearization and regularity results for vectorial problems. Here the authors develop a very far reaching version of this general principle devised to linearize general degenerate parabolic systems. The use of this result in turn allows the authors to achieve the subsequent and main aim of the paper, that is, the implementation of a partial regularity theory for parabolic systems with degenerate diffusion of the type \(\partial_t u - \mathrm{div} a(Du)=0\), without necessarily assuming a quasi-diagonal structure, i.e. a structure prescribing that the gradient non-linearities depend only on the the explicit scalar quantity.