Item Successfully Added to Cart
An error was encountered while trying to add the item to the cart. Please try again.
Continue Shopping
Go to Checkout
OK
Please make all selections above before adding to cart
OK
The following link can be shared to navigate to this page. You can select the link to copy or click the 'Copy To Clipboard' button below.
Copy To Clipboard
Successfully Copied!
3-Manifold Groups Are Virtually Residually $p$
Matthias Aschenbrenner :  University of California, Los Angeles, Los Angeles, CA
Stefan Friedl :  University of Koln, Koln, Germany 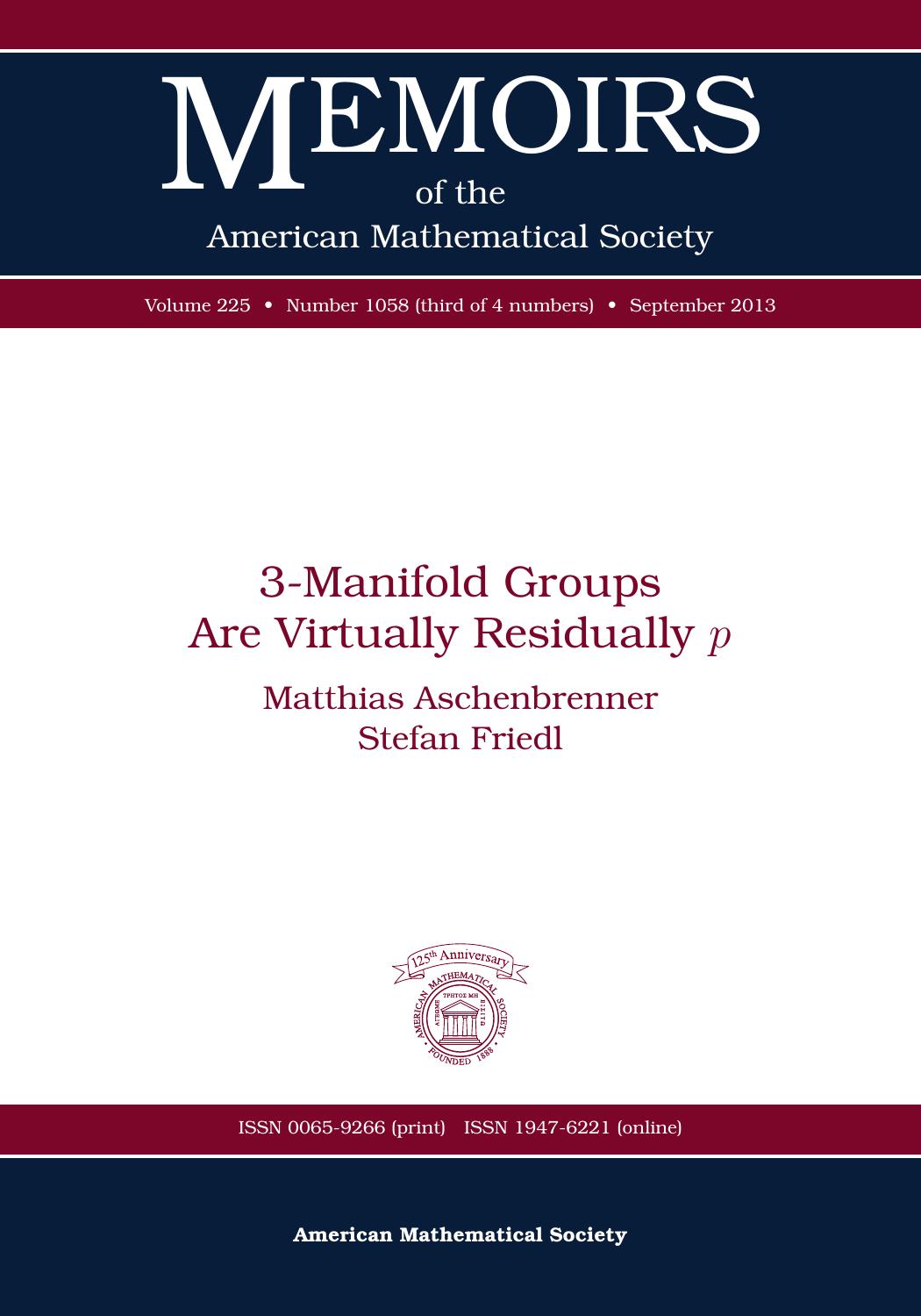