Item Successfully Added to Cart
An error was encountered while trying to add the item to the cart. Please try again.
Continue Shopping
Go to Checkout
OK
Please make all selections above before adding to cart
OK
The following link can be shared to navigate to this page. You can select the link to copy or click the 'Copy To Clipboard' button below.
Copy To Clipboard
Successfully Copied!
Value Distribution of Meromorphic Functions
Anatoly A. Goldberg :  Bar-Ilan University, Ramat Gan, Israel
Iossif V. Ostrovskii :  Bilkent University, Bilkent, Ankara, Turkey and Institute of Low Temperature Physics, Ukrainian Academy of Sciences, Kharkiv, Ukraine 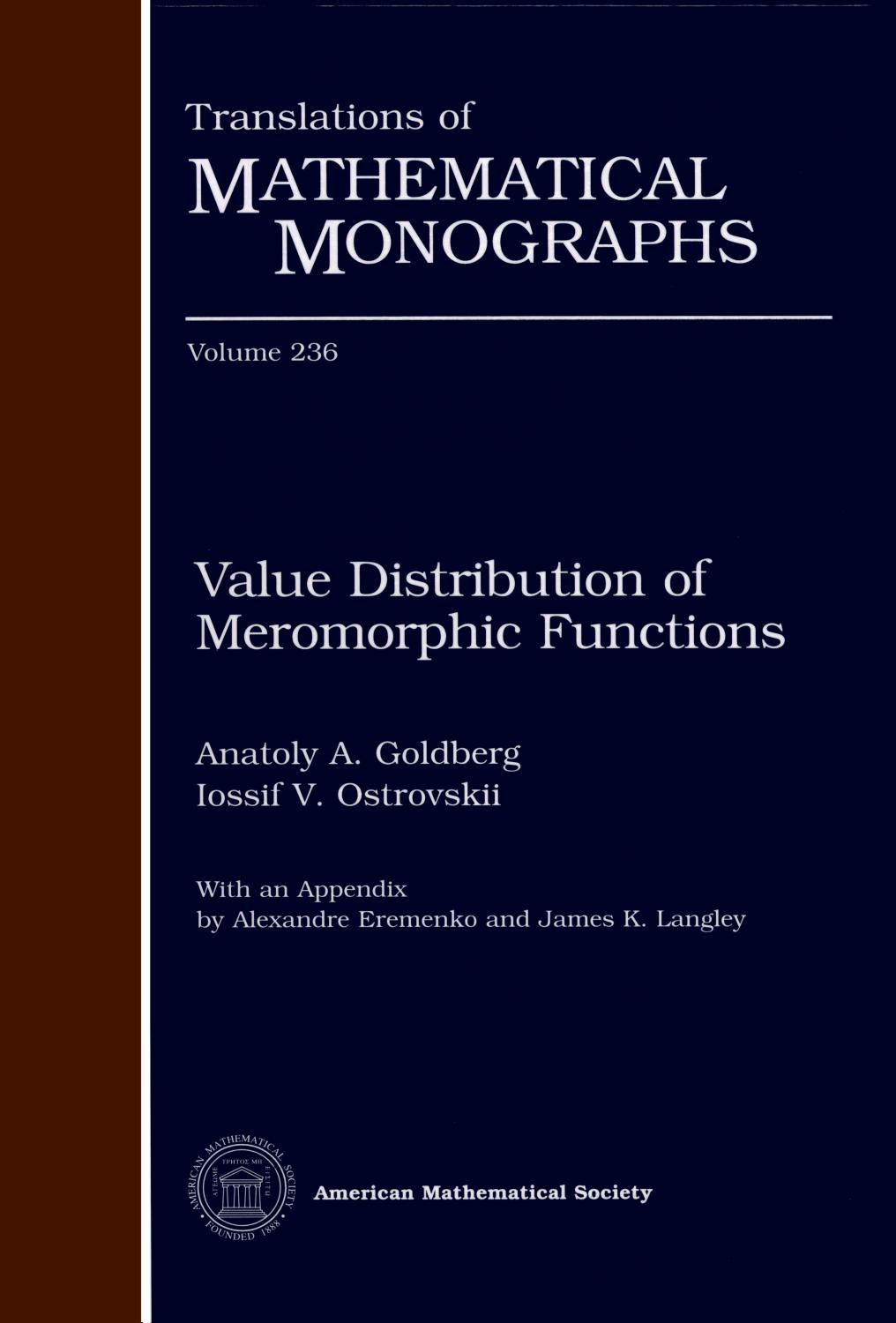 A self-contained exposition of the inverse problem for meromorphic functions of finite order with finitely many deficiencies is given in full detail. Many results included in the book belong to the authors, and were previously available only in journal articles.

The main body of the book is a translation of the Russian original published in 1970, which has been one of the most popular sources in this field since then. New references and footnotes related to recent achievements in the topics considered in the original edition have been added and a few corrections made. A new Appendix with a survey of the results obtained after 1970 and extensive bibliography has been written by Alexandre Eremenko and James K. Langley for this English edition.

The only prerequisite for understanding material of this book is an undergraduate course in the theory of functions of one complex variable.