Item Successfully Added to Cart
An error was encountered while trying to add the item to the cart. Please try again.
Continue Shopping
Go to Checkout
OK
Please make all selections above before adding to cart
OK
The following link can be shared to navigate to this page. You can select the link to copy or click the 'Copy To Clipboard' button below.
Copy To Clipboard
Successfully Copied!
Number Theory 3: Iwasawa Theory and Modular Forms
Nobushige Kurokawa :  Tokyo Institute of Technology, Tokyo, Japan
Masato Kurihara :  Keio University, Yokohama, Japan
Takeshi Saito :  University of Tokyo, Tokyo, Japan 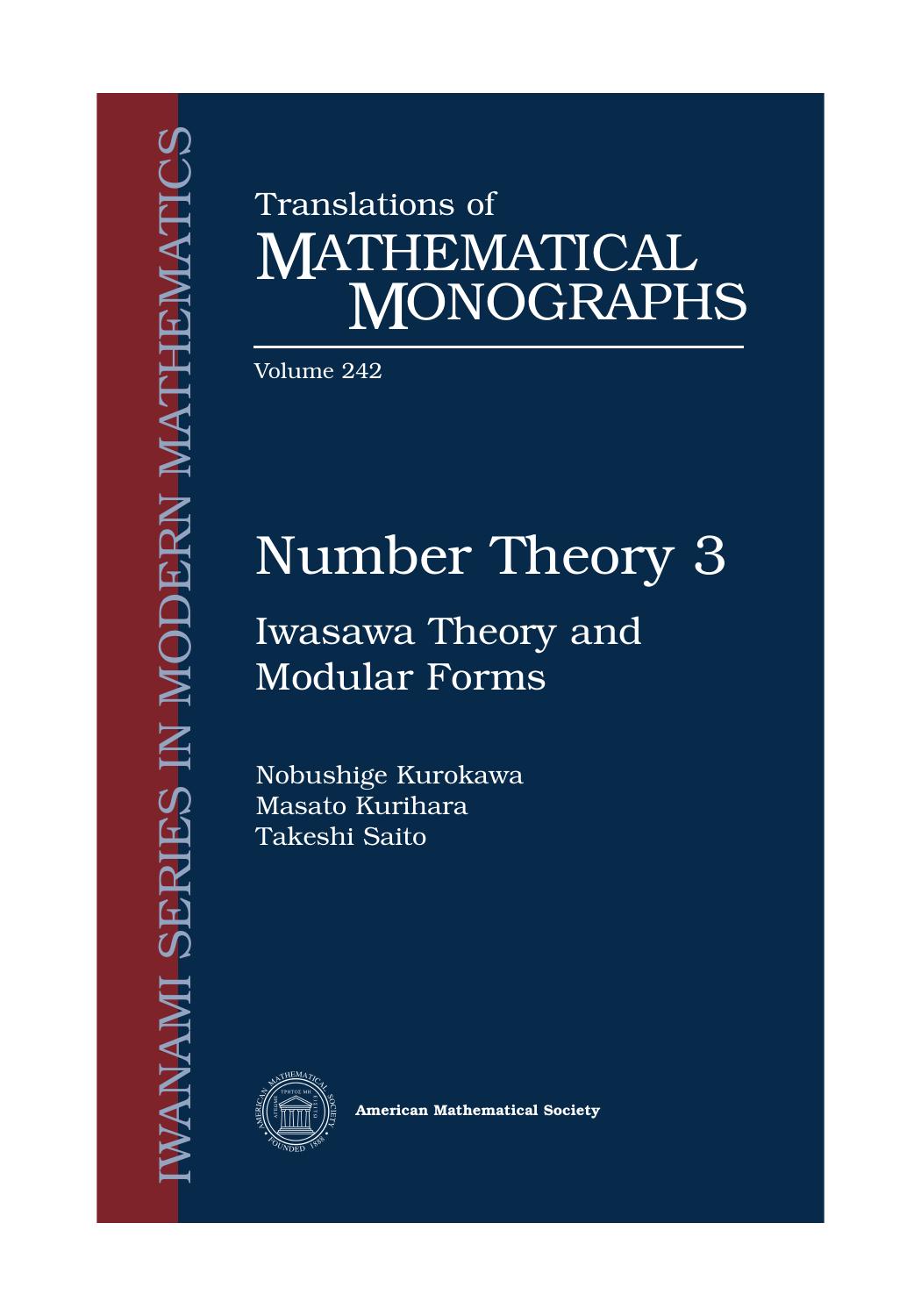 Available Formats:
Add to cart
Bundle Print and Electronic Formats and Save!
This product is available for purchase as a bundle. Purchasing as a bundle enables you to save on the electronic version.
List Price: $79.50
MAA Member Price: $71.55
AMS Member Price: $63.60
Add bundle to cart
Translations of Mathematical Monographs
Iwanami Series in Modern Mathematics
Volume: 242; 2012
MSC: Primary 11;

This is the third of three related volumes on number theory. (The first two volumes were also published in the Iwanami Series in Modern Mathematics, as volumes 186 and 240.)

The two main topics of this book are Iwasawa theory and modular forms. The presentation of the theory of modular forms starts with several beautiful relations discovered by Ramanujan and leads to a discussion of several important ingredients, including the zeta-regularized products, Kronecker's limit formula, and the Selberg trace formula. The presentation of Iwasawa theory focuses on the Iwasawa main conjecture, which establishes far-reaching relations between a \(p\)-adic analytic zeta function and a determinant defined from a Galois action on some ideal class groups. This book also contains a short exposition on the arithmetic of elliptic curves and the proof of Fermat's last theorem by Wiles.

Together with the first two volumes, this book is a good resource for anyone learning or teaching modern algebraic number theory. 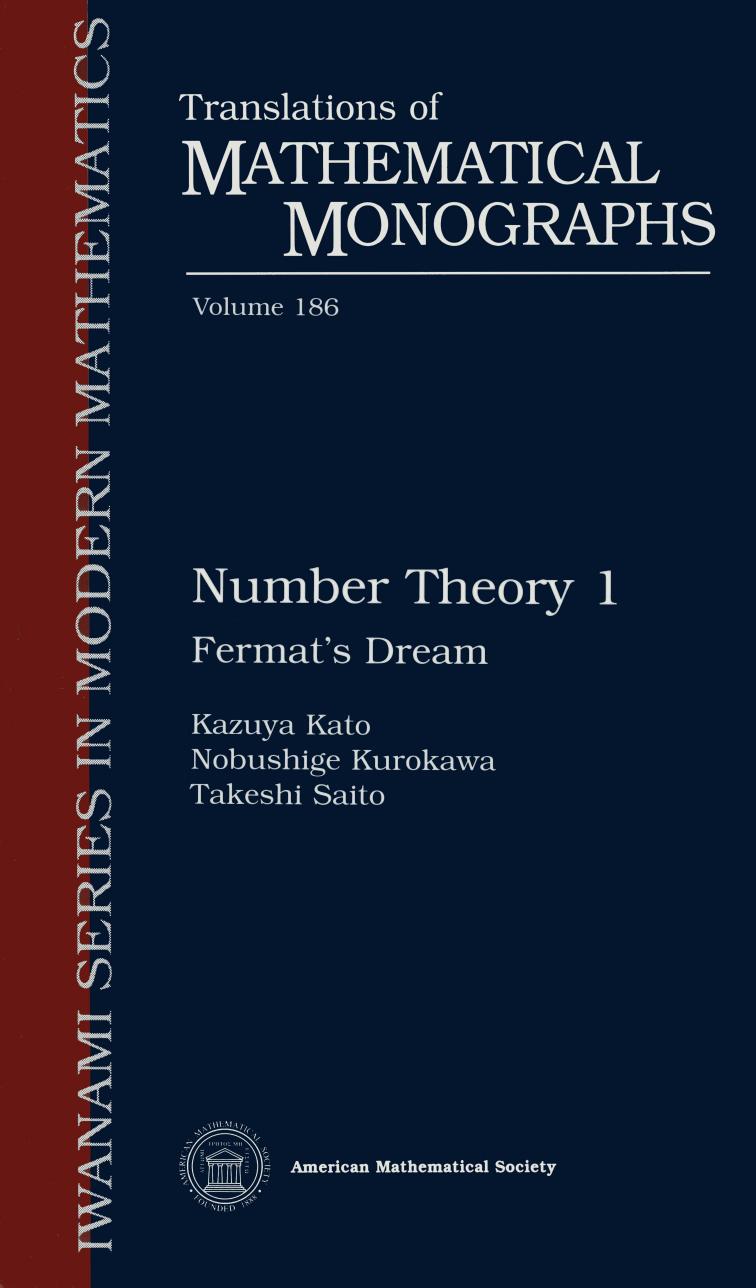 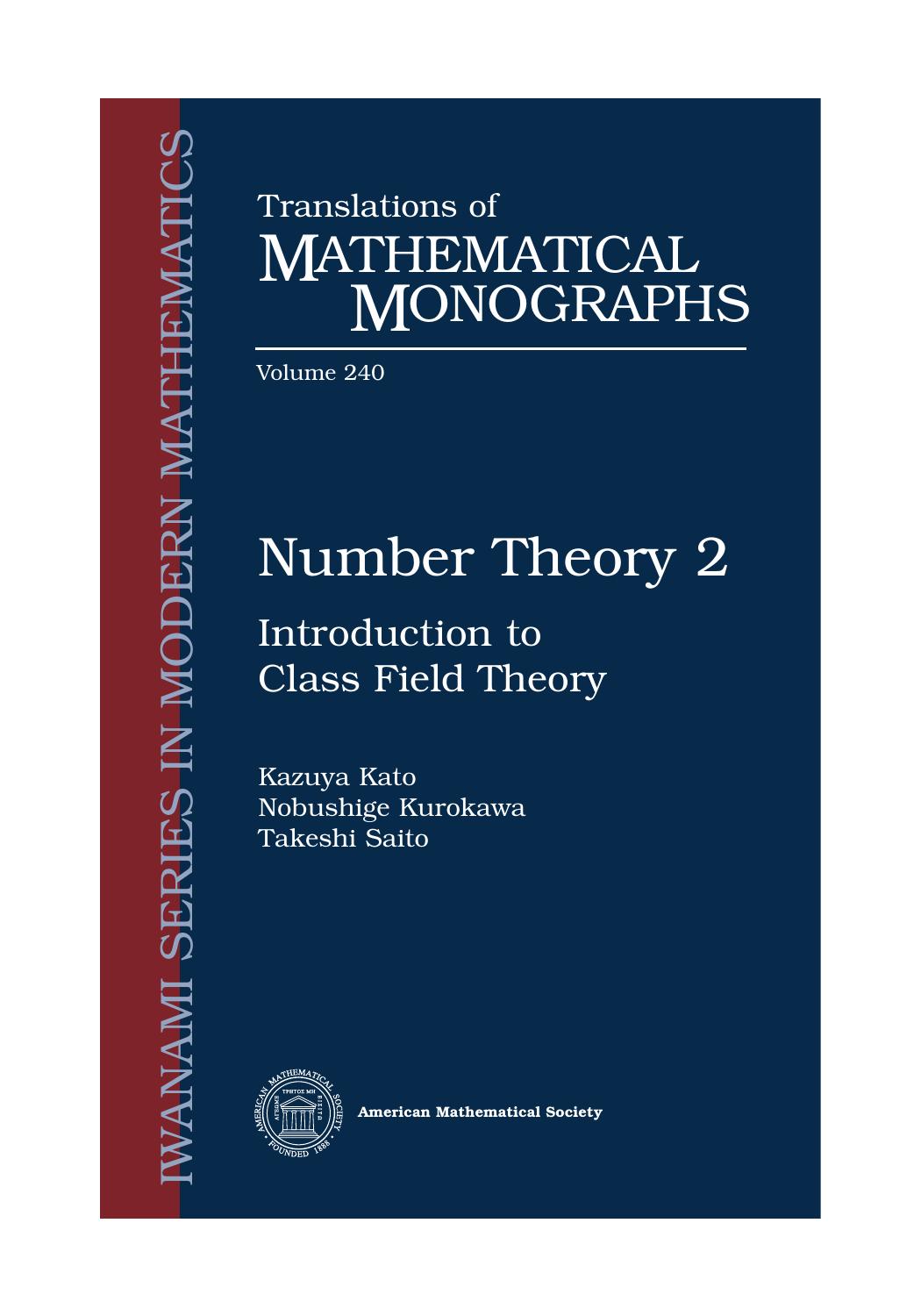