Item Successfully Added to Cart
An error was encountered while trying to add the item to the cart. Please try again.
Continue Shopping
Go to Checkout
OK
Please make all selections above before adding to cart
OK
The following link can be shared to navigate to this page. You can select the link to copy or click the 'Copy To Clipboard' button below.
Copy To Clipboard
Successfully Copied!
Hyperbolic Dynamics, Fluctuations and Large Deviations
Edited by: D. Dolgopyat :  University of Maryland, College Park, MD
Y. Pesin :  Pennsylvania State University, University Park, PA
M. Pollicott :  University of Warwick, Coventry, United Kingdom
L. Stoyanov :  University of Western Australia, Crawley, Australia 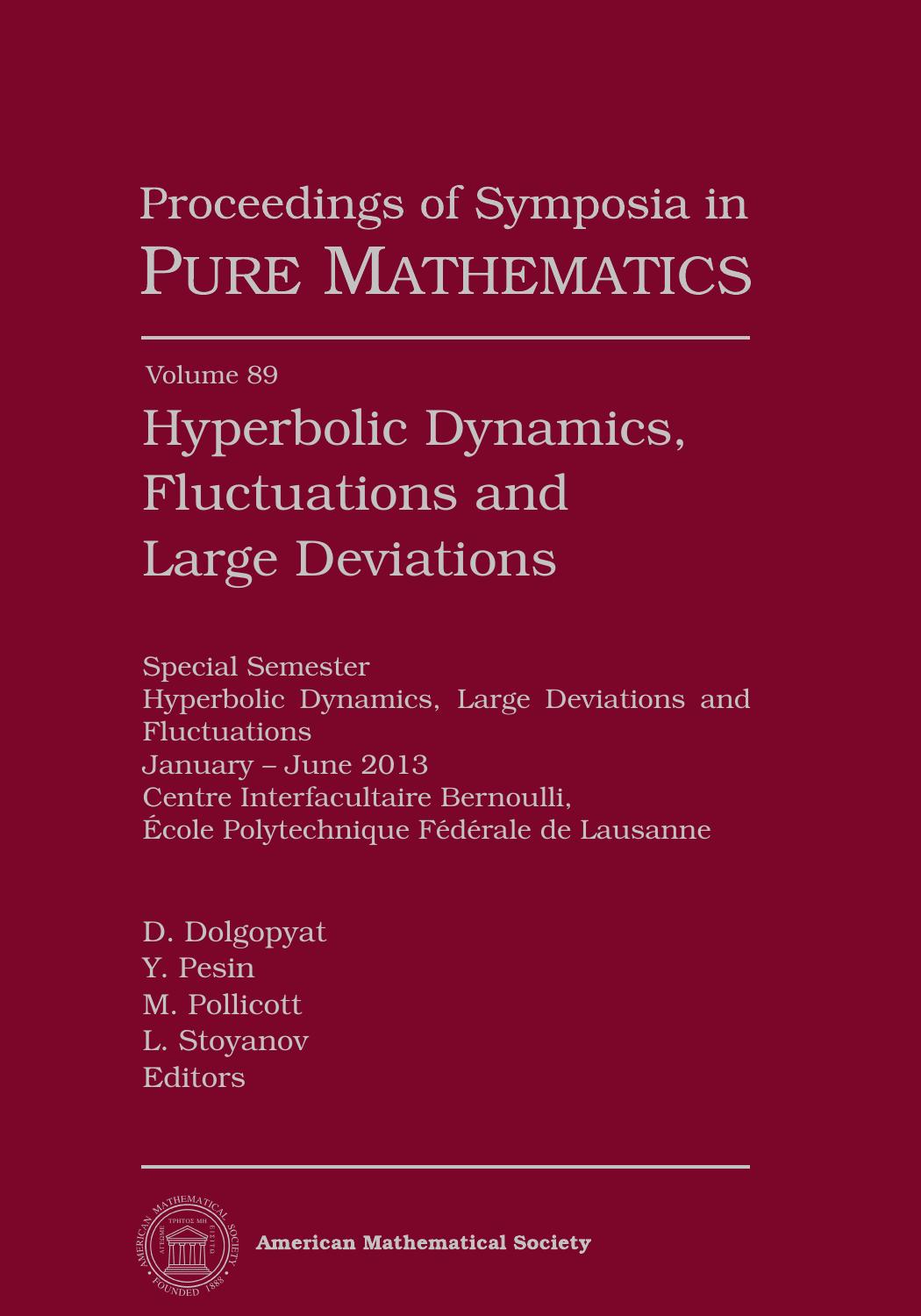 This volume contains the proceedings of the semester-long special program on Hyperbolic Dynamics, Large Deviations and Fluctuations, which was held from January–June 2013, at the Centre Interfacultaire Bernoulli, École Polytechnique Fédérale de Lausanne, Switzerland.

The broad theme of the program was the long-term behavior of dynamical systems and their statistical behavior. During the last 50 years, the statistical properties of dynamical systems of many different types have been the subject of extensive study in statistical mechanics and thermodynamics, ergodic and probability theories, and some areas of mathematical physics. The results of this study have had a profound effect on many different areas in mathematics, physics, engineering and biology.

The papers in this volume cover topics in large deviations and thermodynamics formalism and limit theorems for dynamic systems.

The material presented is primarily directed at researchers and graduate students in the very broad area of dynamical systems and ergodic theory, but will also be of interest to researchers in related areas such as statistical physics, spectral theory and some aspects of number theory and geometry.