Item Successfully Added to Cart
An error was encountered while trying to add the item to the cart. Please try again.
Continue Shopping
Go to Checkout
OK
Please make all selections above before adding to cart
OK
The following link can be shared to navigate to this page. You can select the link to copy or click the 'Copy To Clipboard' button below.
Copy To Clipboard
Successfully Copied!
Algebras, Rings and Modules: Lie Algebras and Hopf Algebras
Michiel Hazewinkel
Nadiya Gubareni :  Technical University of Czȩstochowa, Czȩstochowa, Poland
V. V. Kirichenko :  Kiev National Taras Shevchenko University, Kiev, Ukraine 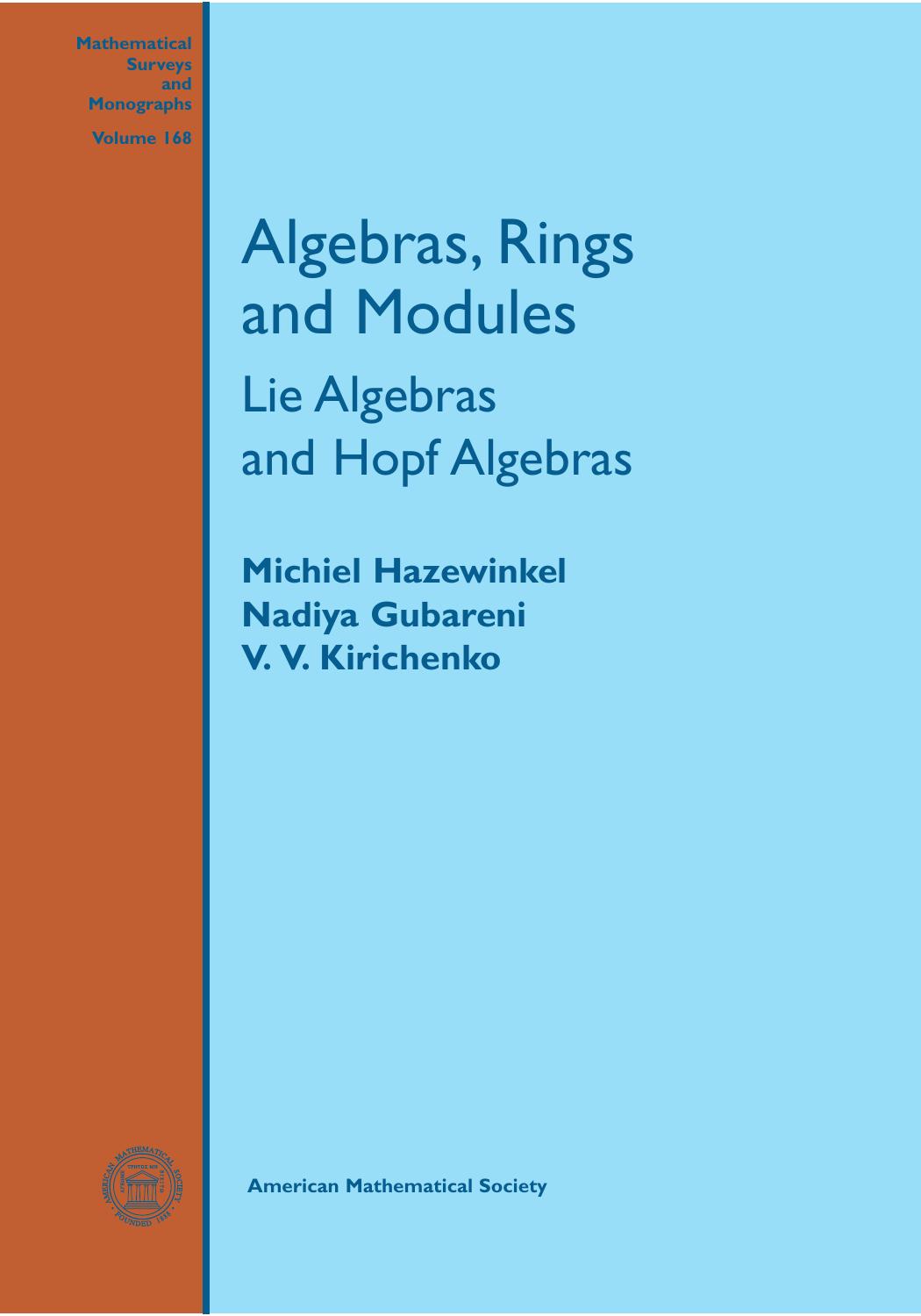 The first chapter can be viewed as a primer on Lie algebras, with the main goal to explain and prove the Gabriel–Bernstein–Gelfand–Ponomarev theorem on the correspondence between the representations of Lie algebras and quivers; this material has not previously appeared in book form.