Item Successfully Added to Cart
An error was encountered while trying to add the item to the cart. Please try again.
Continue Shopping
Go to Checkout
OK
Please make all selections above before adding to cart
OK
The following link can be shared to navigate to this page. You can select the link to copy or click the 'Copy To Clipboard' button below.
Copy To Clipboard
Successfully Copied!
Approximation by Polynomials with Integral Coefficients
Le Baron O. Ferguson 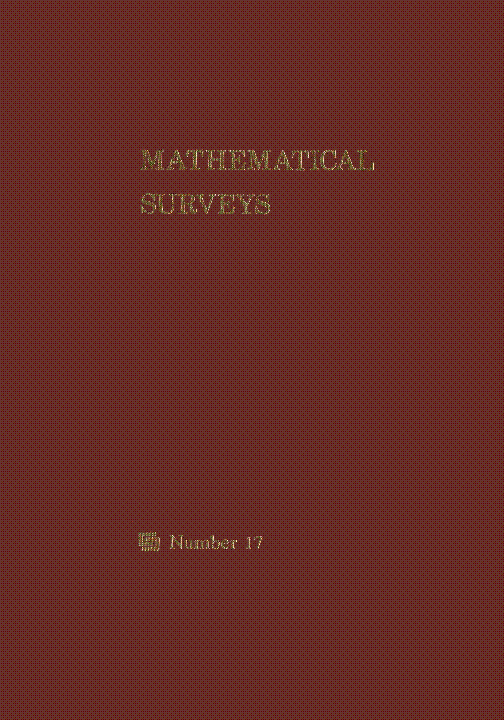 Click above image for expanded view
Approximation by Polynomials with Integral Coefficients
Le Baron O. Ferguson
Available Formats:
Add to cart
Bundle Print and Electronic Formats and Save!
This product is available for purchase as a bundle. Purchasing as a bundle enables you to save on the electronic version.
List Price: $96.00
MAA Member Price: $86.40
AMS Member Price: $76.80
Add bundle to cart
Mathematical Surveys and Monographs
Volume: 17; 1980
MSC: Primary 41;

Results in the approximation of functions by polynomials with coefficients which are integers have been appearing since that of Pál in 1914. The body of results has grown to an extent which seems to justify this book. The intention here is to make these results as accessible as possible.

Aside from the intrinsic interest to the pure mathematician, there is the likelihood of important applications to other areas of mathematics; for example, in the simulation of transcendental functions on computers. In most computers, fixed point arithmetic is faster than floating point arithmetic and it may be possible to take advantage of this fact in the evaluation of integral polynomials to create more efficient simulations. Another promising area for applications of this research is in the design of digital filters. A central step in the design procedure is the approximation of a desired system function by a polynomial or rational function. Since only finitely many binary digits of accuracy actually can be realized for the coefficients of these functions in any real filter the problem amounts (to within a scale factor) to approximation by polynomials or rational functions with integral coefficients.