Item Successfully Added to Cart
An error was encountered while trying to add the item to the cart. Please try again.
Continue Shopping
Go to Checkout
OK
Please make all selections above before adding to cart
OK
The following link can be shared to navigate to this page. You can select the link to copy or click the 'Copy To Clipboard' button below.
Copy To Clipboard
Successfully Copied!
Topological Modular Forms
Edited by: Christopher L. Douglas :  Oxford University, Oxford, United Kingdom
John Francis :  Northwestern University, Evanston, IL
André G. Henriques :  Utrecht University, Utrecht, Netherlands
Michael A. Hill :  University of Virginia, Charlottesville, VA 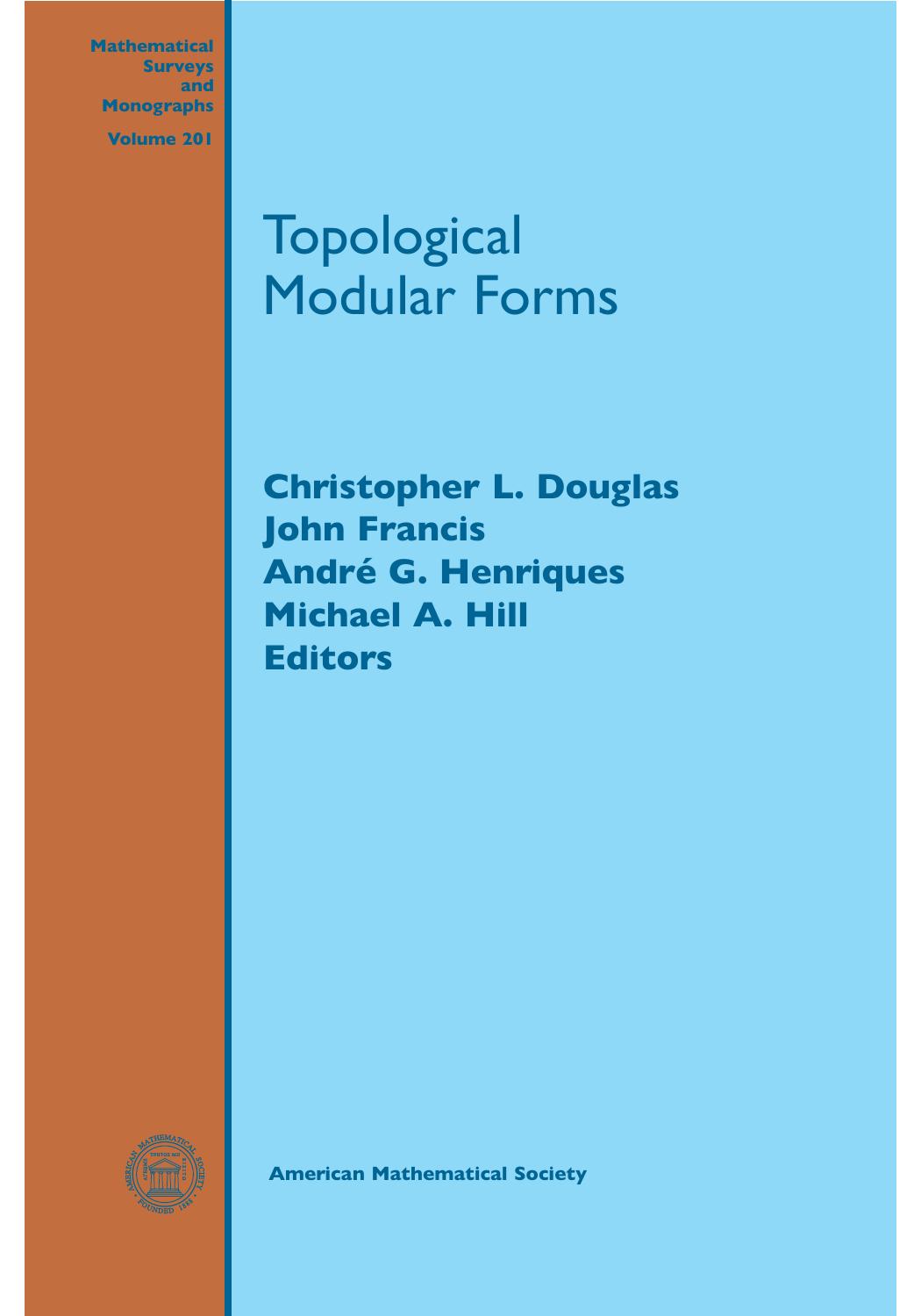 The theory of topological modular forms is an intricate blend of classical algebraic modular forms and stable homotopy groups of spheres. The construction of this theory combines an algebro-geometric perspective on elliptic curves over finite fields with techniques from algebraic topology, particularly stable homotopy theory. It has applications to and connections with manifold topology, number theory, and string theory.

This book provides a careful, accessible introduction to topological modular forms. After a brief history and an extended overview of the subject, the book proper commences with an exposition of classical aspects of elliptic cohomology, including background material on elliptic curves and modular forms, a description of the moduli stack of elliptic curves, an explanation of the exact functor theorem for constructing cohomology theories, and an exploration of sheaves in stable homotopy theory. There follows a treatment of more specialized topics, including localization of spectra, the deformation theory of formal groups, and Goerss–Hopkins obstruction theory for multiplicative structures on spectra. The book then proceeds to more advanced material, including discussions of the string orientation, the sheaf of spectra on the moduli stack of elliptic curves, the homotopy of topological modular forms, and an extensive account of the construction of the spectrum of topological modular forms. The book concludes with the three original, pioneering and enormously influential manuscripts on the subject, by Hopkins, Miller, and Mahowald.

Graduate students and research mathematicians interested in algebraic topology and the arithmetic of modular forms.