Item Successfully Added to Cart
An error was encountered while trying to add the item to the cart. Please try again.
Continue Shopping
Go to Checkout
OK
Please make all selections above before adding to cart
OK
The following link can be shared to navigate to this page. You can select the link to copy or click the 'Copy To Clipboard' button below.
Copy To Clipboard
Successfully Copied!
Probability Measures on Groups: Recent Directions and Trends
Edited by: S. G. Dani :  Tata Institute of Fundamental Research, Mumbai, India
P. Graczyk :  University of Angers, Angers, France
A publication of Tata Institute of Fundamental Research 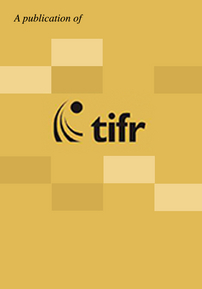 Many aspects of the classical probability theory based on vector spaces were generalized in the second half of the twentieth century to measures on groups, especially Lie groups. The subject of probability measures on groups that emerged out of this research has continued to grow and many interesting new developments have occurred in the area in recent years.

A School was organized jointly with CIMPA, France and the Tata Institute of Fundamental Research entitled "Probability Measures on Groups: Recent Directions and Trends" in Mumbai. Lecture courses were given at the School by M. Babillot (Orlean, France), D. Bakry (Toulouse, France), S.G. Dani (Tata Institute, Mumbai), J. Faraut (Paris), Y. Guivarc'h (Rennes, France) and M. McCrudden (Manchester, U.K.), aimed at introducing various advanced topics on the theme to students as well as teachers and practicing mathematicians who wanted to get acquainted with the area. The prerequisite for the courses was a basic background in measure theory, harmonic analysis and elementary Lie group theory.

The courses were well-received. Notes were prepared and distributed to the participants during the courses. The present volume represents improved, edited, and refereed versions of the notes, published for dissemination of the topics to the wider community. It is suitable for graduate students and researchers interested in probability, algebra, and algebraic geometry.