Item Successfully Added to Cart
An error was encountered while trying to add the item to the cart. Please try again.
Continue Shopping
Go to Checkout
OK
Please make all selections above before adding to cart
OK
The following link can be shared to navigate to this page. You can select the link to copy or click the 'Copy To Clipboard' button below.
Copy To Clipboard
Successfully Copied!
Singularity Theory and Some Problems of Functional Analysis
Edited by: S. G. Gindikin 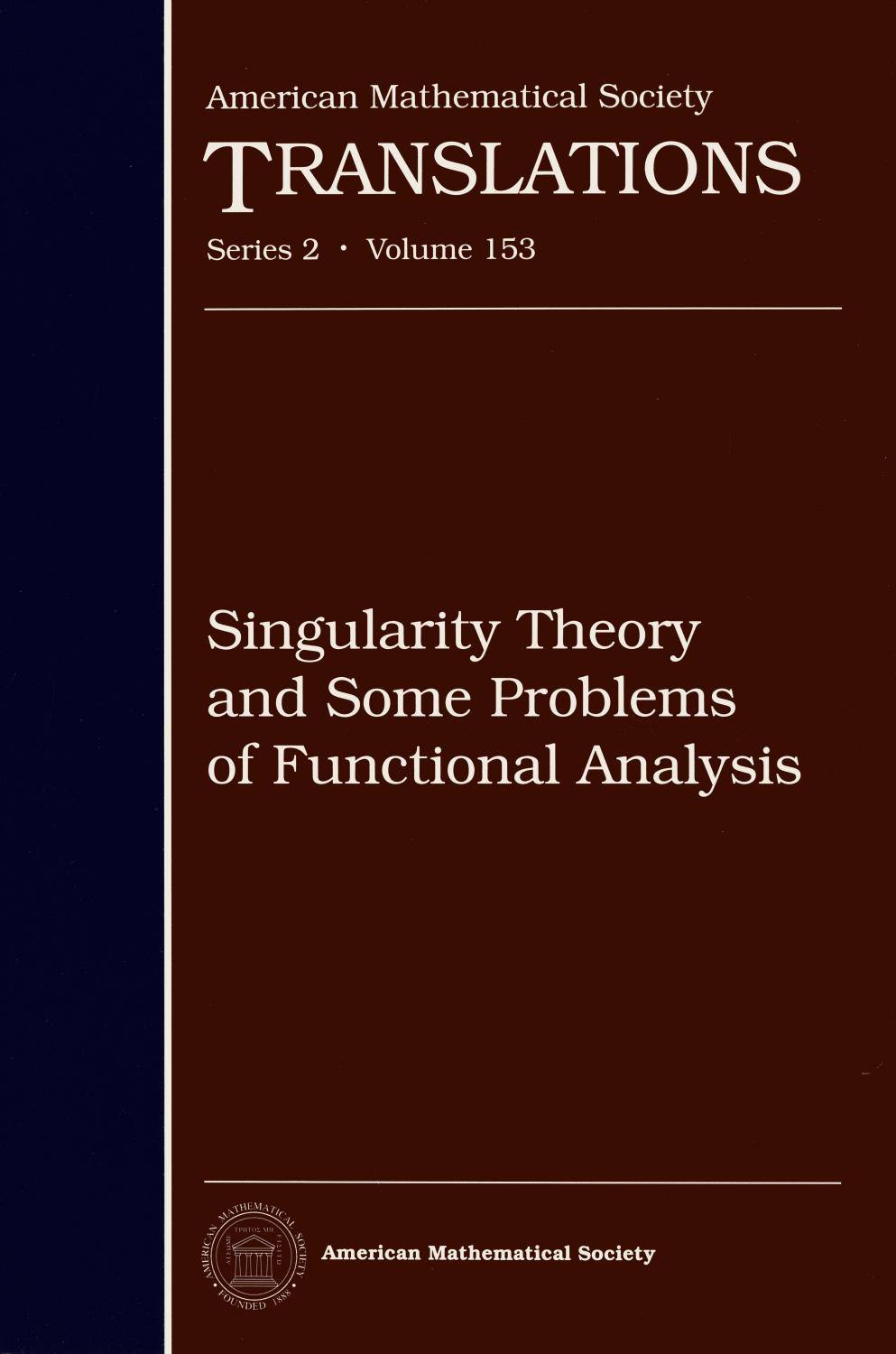 Click above image for expanded view
Singularity Theory and Some Problems of Functional Analysis
Edited by: S. G. Gindikin
Available Formats:
Add to cart
Bundle Print and Electronic Formats and Save!
This product is available for purchase as a bundle. Purchasing as a bundle enables you to save on the electronic version.
Add bundle to cart
American Mathematical Society Translations - Series 2
Volume: 153; 1992; 199 pp
MSC: Primary 40; 51; 57; 58; 92; Secondary 12; 19; 28; 32;

The emergence of singularity theory marks the return of mathematics to the study of the simplest analytical objects: functions, graphs, curves, surfaces. The modern singularity theory for smooth mappings, which is currently undergoing intensive development, can be thought of as a crossroad where the most abstract topics (such as algebraic and differential geometry and topology, complex analysis, invariant theory, and Lie group theory) meet the most applied topics (such as dynamical systems, mathematical physics, geometrical optics, mathematical economics, and control theory). The papers in this volume include reviews of established areas as well as presentations of recent results in singularity theory. The authors have paid special attention to examples and discussion of results rather than burying the ideas in formalism, notation, and technical details. The aim is to introduce all mathematicians—as well as physicists, engineers, and other consumers of singularity theory—to the world of ideas and methods in this burgeoning area.

Mathematicians as well as physicists, engineers, and other consumers of singularity theory.