Item Successfully Added to Cart
An error was encountered while trying to add the item to the cart. Please try again.
Continue Shopping
Go to Checkout
OK
Please make all selections above before adding to cart
OK
The following link can be shared to navigate to this page. You can select the link to copy or click the 'Copy To Clipboard' button below.
Copy To Clipboard
Successfully Copied!
Selected Papers in $K$-Theory
Edited by: Simeon Ivanov 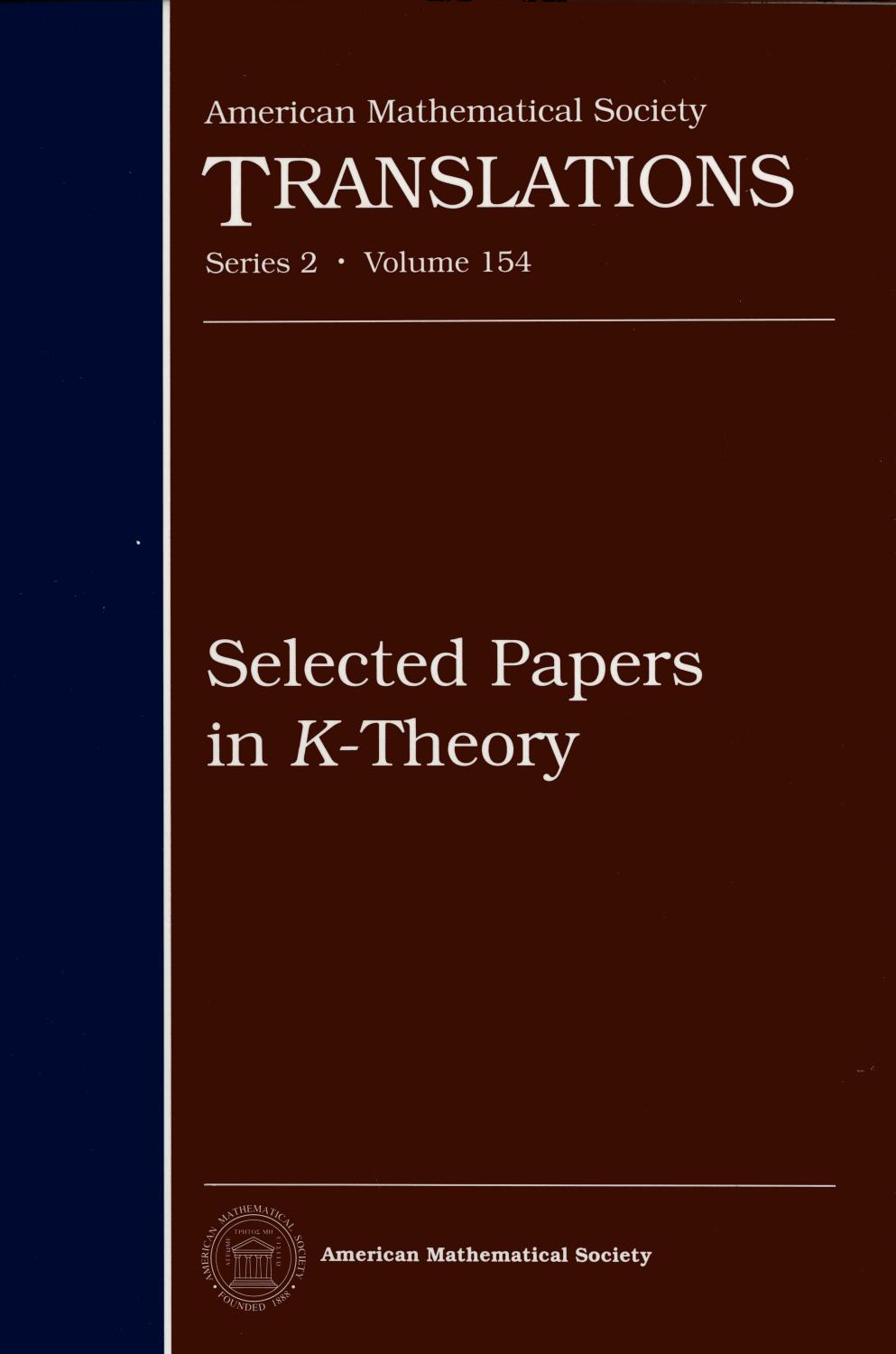 Click above image for expanded view
Selected Papers in $K$-Theory
Edited by: Simeon Ivanov
Available Formats:
Add to cart
Bundle Print and Electronic Formats and Save!
This product is available for purchase as a bundle. Purchasing as a bundle enables you to save on the electronic version.
Add bundle to cart
American Mathematical Society Translations - Series 2
Volume: 154; 1992; 195 pp
MSC: Primary 11; 13; 16; 18; 19;

This book contains papers ranging over a number of topics relating to \(K\)-theory, including algebraic number theory, Grothendieck and Whitehead groups, group representation theory, linear algebraic groups, selfadjoint operator algebras, linear operators, homology and cohomology, and the use of \(K\)-theory in geometry.